DAVID Guetta has been making all other 53-year-old blokes – and some decades younger – feel inferior with his ripped Instagram photos this year.

But the star, who this weekend was crowned the world’s No1 DJ by DJ Mag, has admitted he let his body go in lockdown. 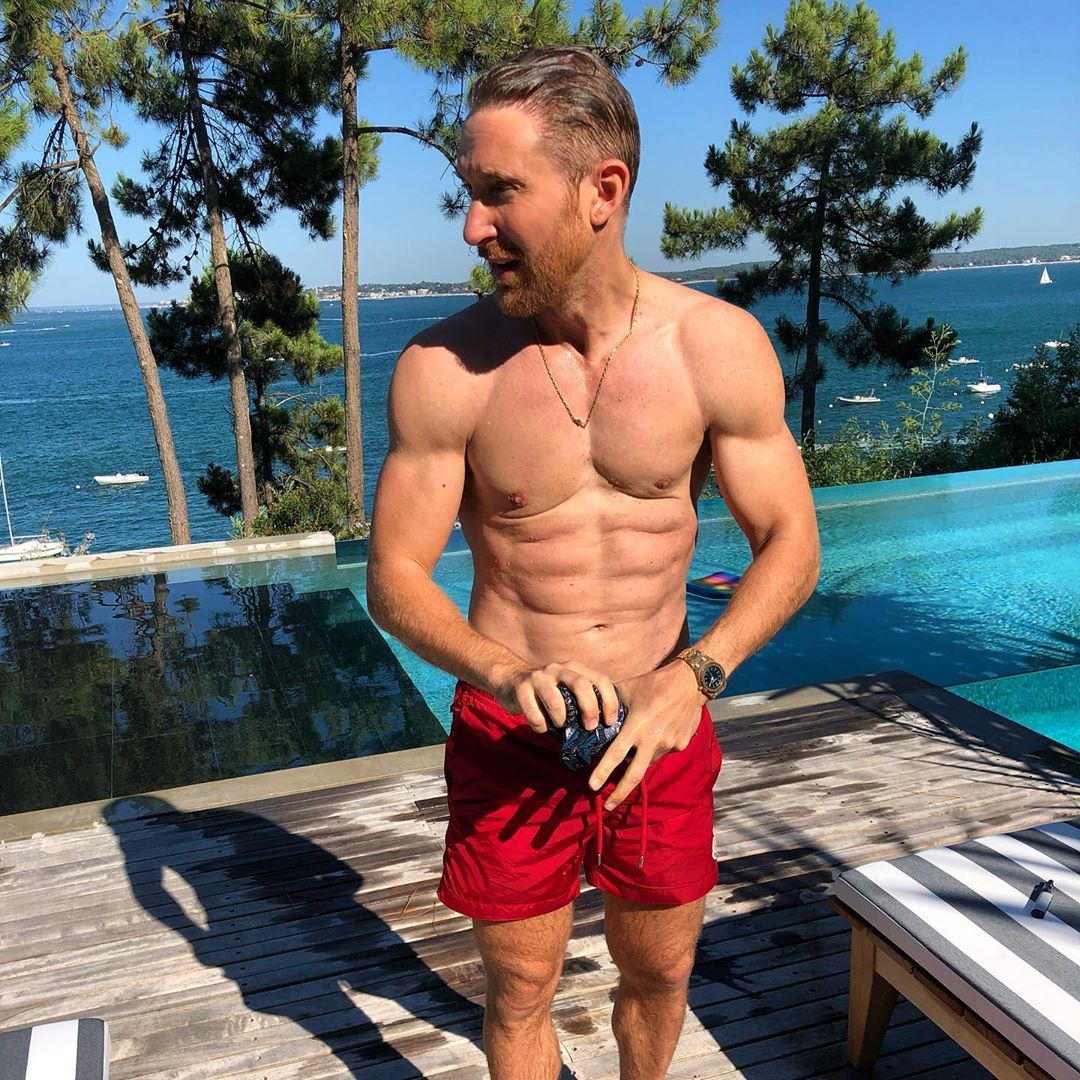 During an exclusive chat before his electric set at last night's MTV EMAs, he came clean about the amazing topless snaps.

He admitted: “I’m a bit ashamed because I was [ripped] at the beginning then I failed ­miserably at being consistent. So only for the last two days have I been back at it.

"I don’t know what happened but I got so into the music at one point that I just let myself go. It’s crazy what you can do with your own body. It was really impressive. I made a few videos coming out of my pool and a few Instagram pics but then I started to eat again and stopped training.”

David, whose performance you can see again on MTV from 11pm tonight, has now teased he could soon be reuniting with Kelly Rowland – 11 years after they topped the charts with When Love Takes Over.

Asked about the possibility, he said: “Oh I’d love that. We spoke about this actually, like six months ago. I would love to do a record with her again.” I’ll keep my fingers crossed. 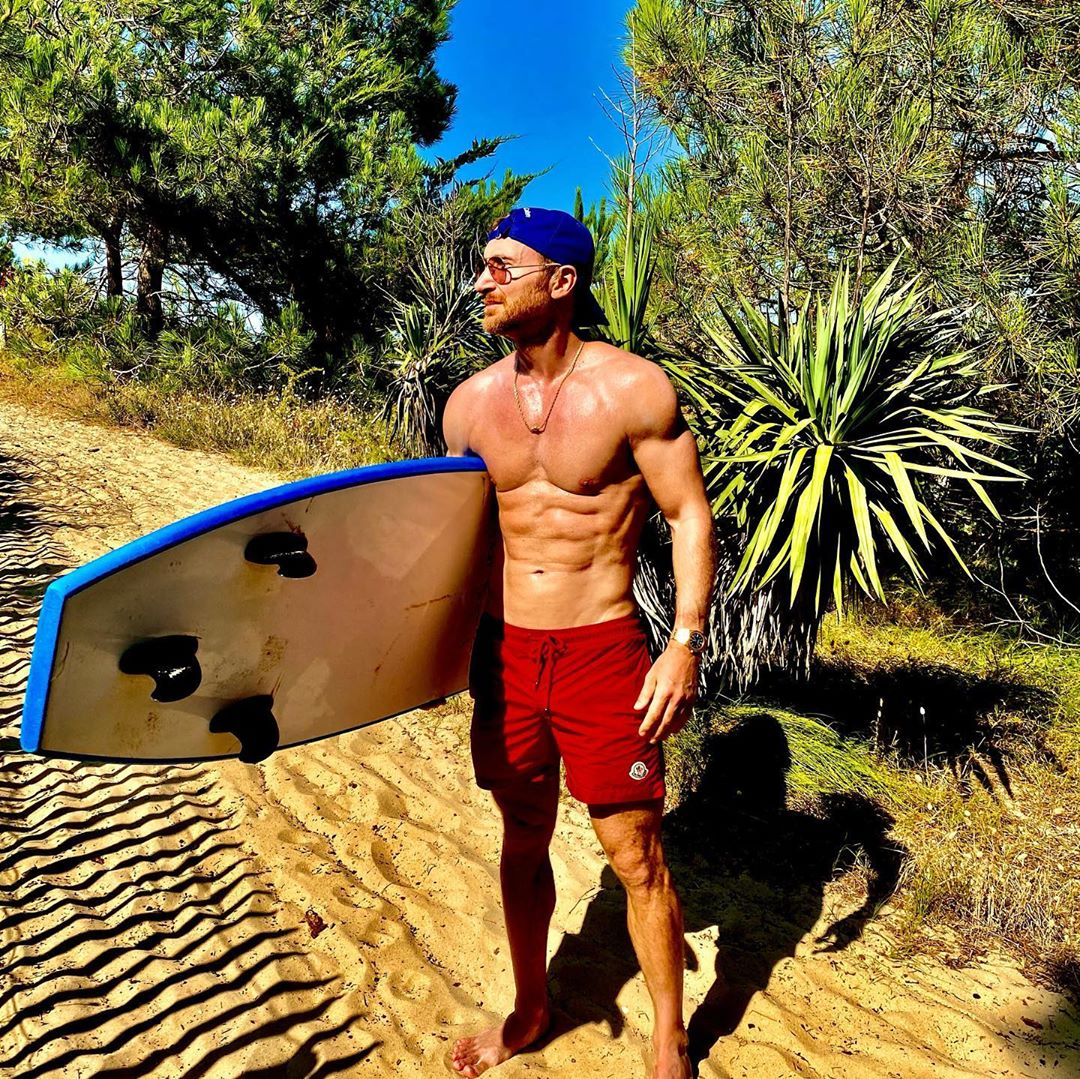 FIND 'THE ONE' SHOT

BASED on this pic, it won’t be long before newly single Georgia Steel finds someone to couple up with.

The beauty has swapped Love Island for Boux Avenue, becoming the latest face – and body – of the lingerie brand. 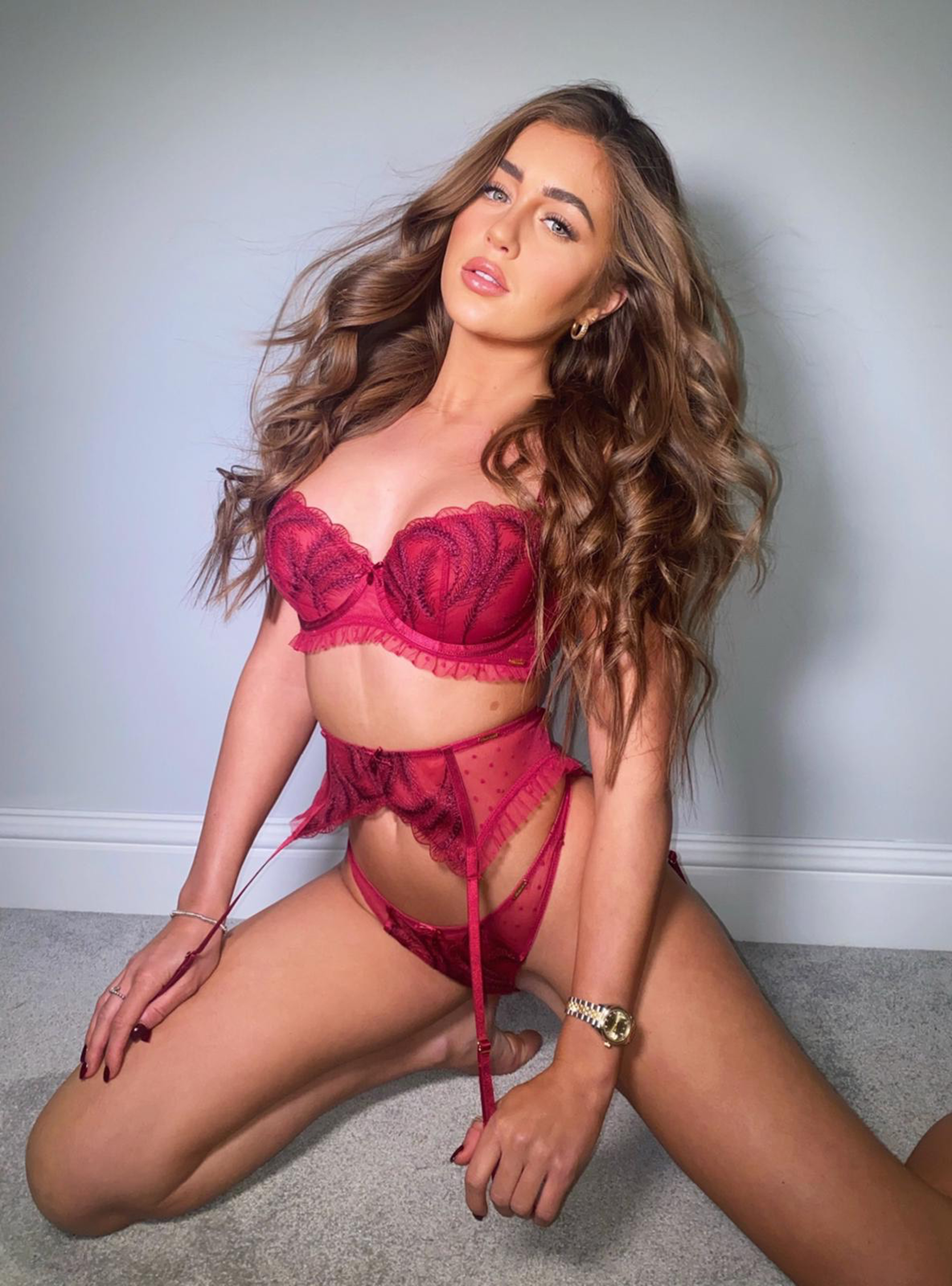 Georgia’s racy new role comes after her seven-month engagement to Ibiza ­Weekender star Callum Izzard – who proposed just a month after they met on TV’s Ex On The Beach: Peak Of Love – ended in April.

She opened up about the split for the first time last week, admitting that while it had been “hard”, she will “be better on the other side in time”.

THESE shots of Liam Gallagher performing a gig at the weekend filled me with joy – live music is finally back.

The former OASIS rocker sung hits including Cigarettes & Alcohol on a boat which chuntered down the River Thames in London. 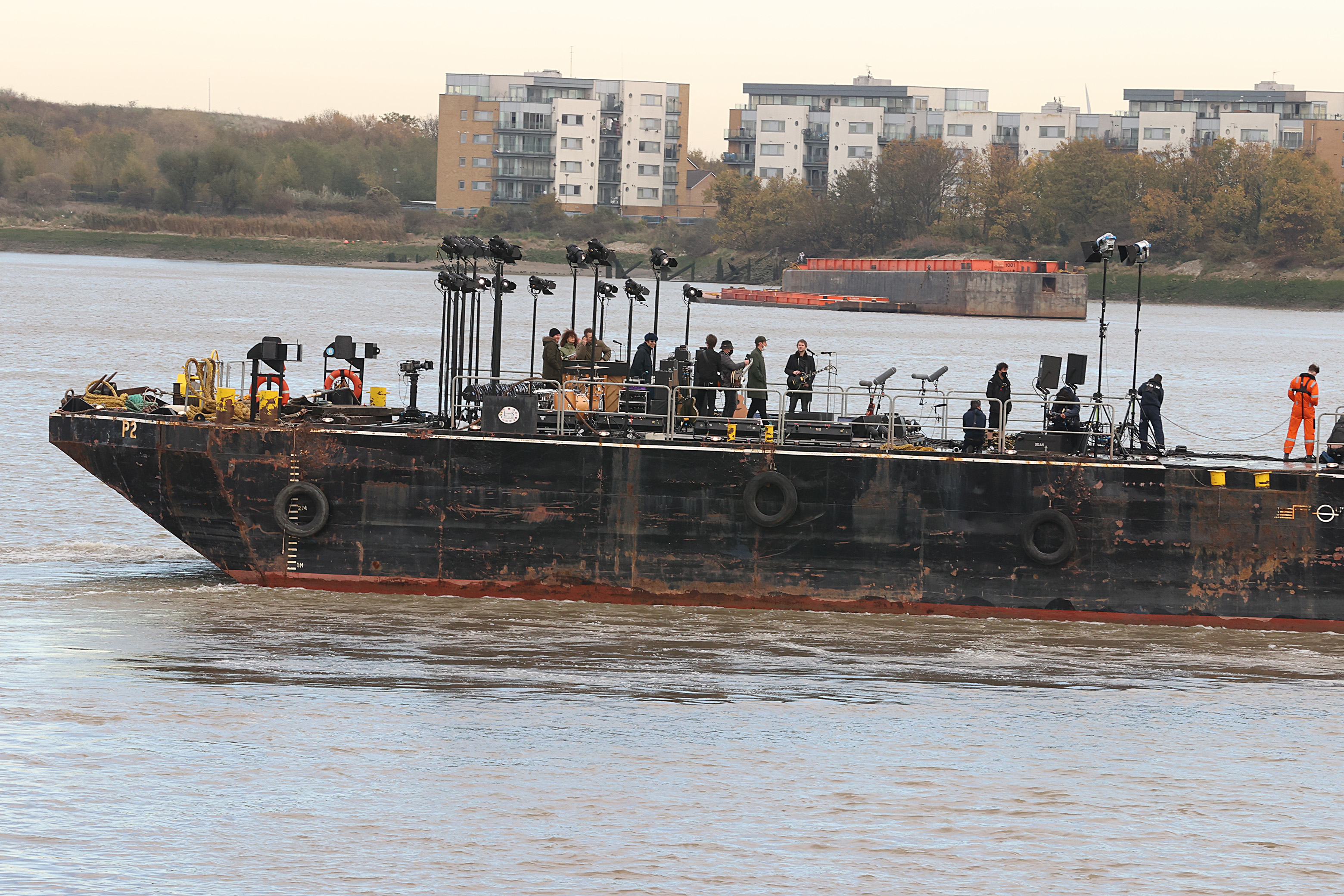 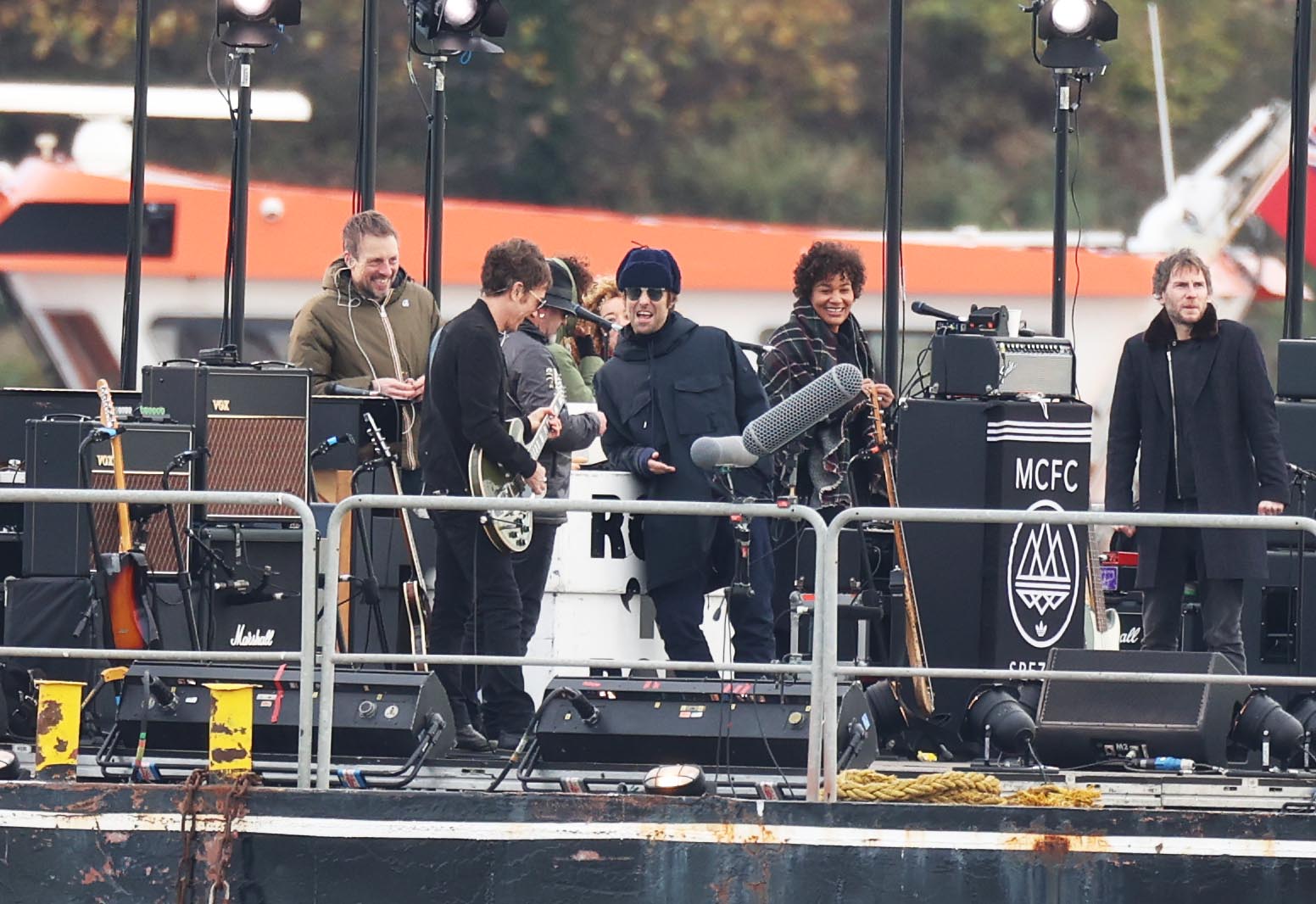 But his rock ’n’ roll status seems to have been lost as no one really noticed, bar a few passers-by who put it on Twitter.

Even I missed it as he blasted out songs – while looking a bit silly with a Russian hat and his trademark Parka – right outside Bizarre HQ.

The boat performance is believed to have been a promo for an announcement later today, after Liam hinted last week at exciting upcoming news.

He said: “Keep your eyes peeled and your ears open, I have a ­celestial announcement to make on ­Monday. C’mon you know, LG.” I never thought I’d say it, but Liam needs to make a bit more noise. 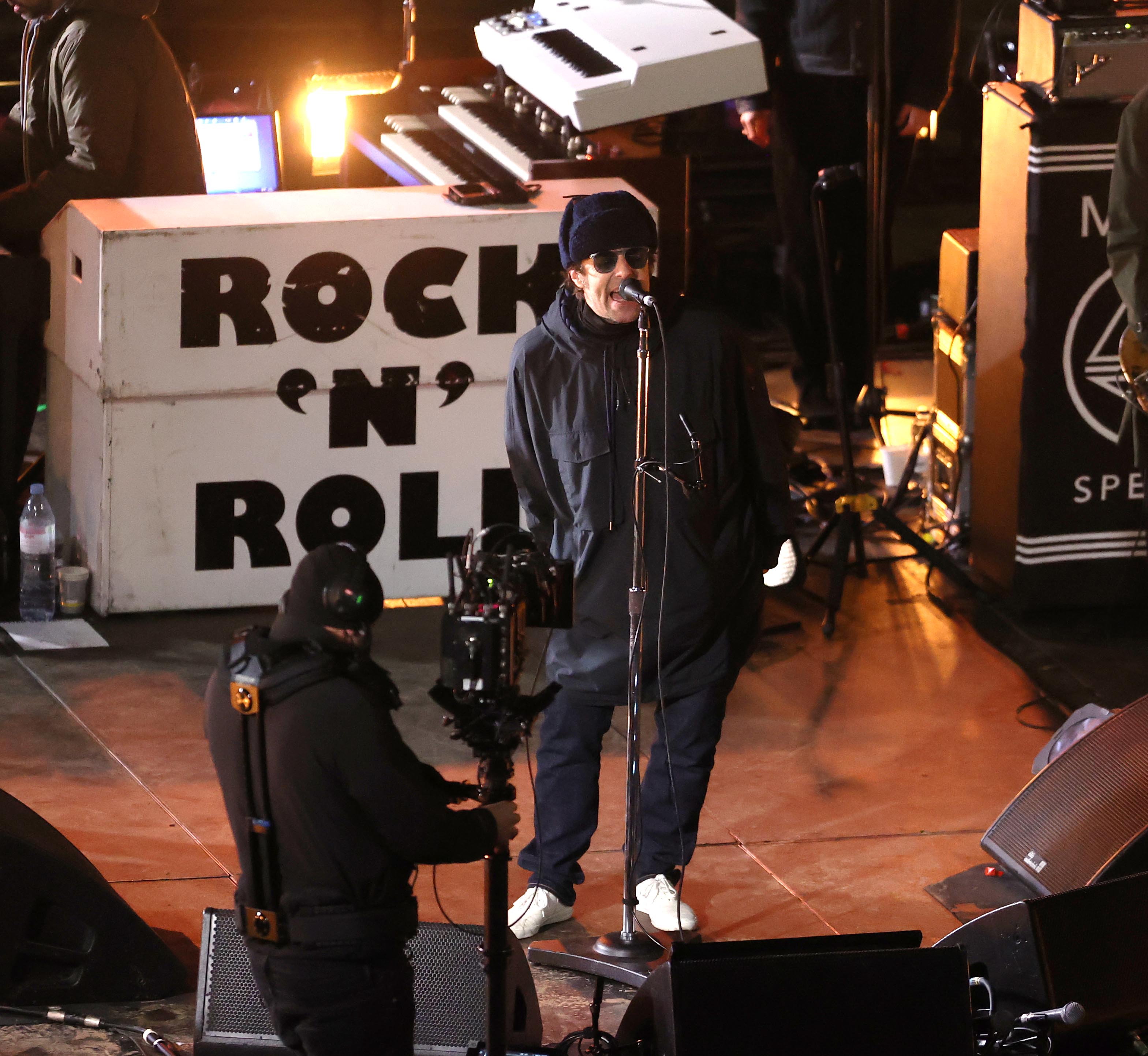 NIALL’S VIRTUALLY THERE FOR CREW

NIALL Horan's virtual gig from London’s Royal Albert Hall on Saturday night went down a storm – with the former One Direction star playing to more than 90,000 people across the globe.

He covered 14 songs including hit Slow Hands and was joined by Ashe for a cover of Moral Of The Story.

Niall was raising money for his own touring crew and the #WeNeedCrew relief fund, which is supporting people whose livelihoods have been wrecked by the end of live music shows due to Covid.

Niall said: “These men and women are the engine room of our industry and we wouldn’t be here without them.”

CARDI B had a worldwide No1 with her explicit comeback single WAP in August, but that doesn’t mean the rest of her second album is ready.

Hip-hop’s biggest star right now, who was nominated for four gongs at last night’s MTV EMAs, has gone back to the drawing board for her record and enlisted the help of British singer-songwriter Raye. 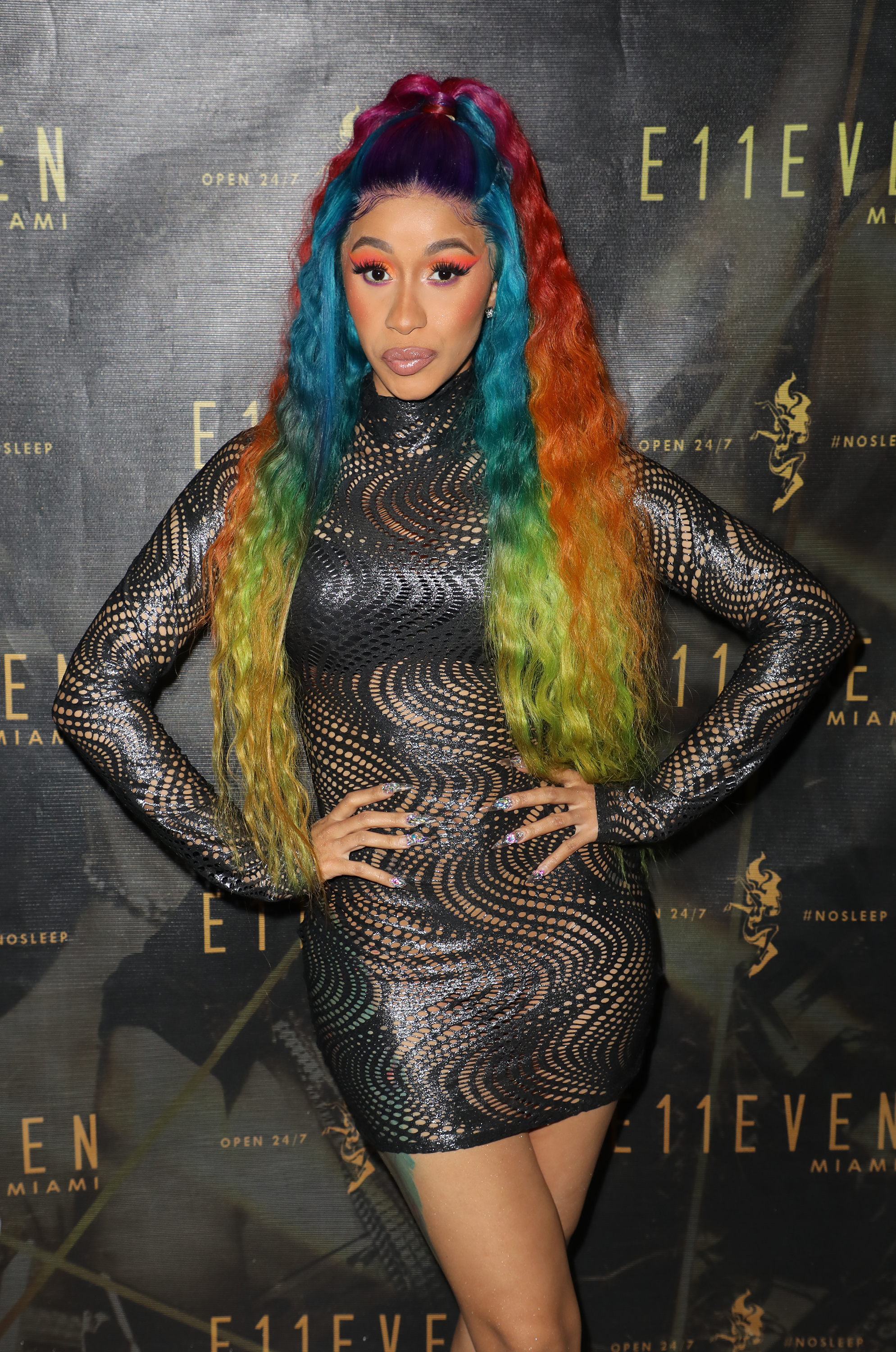 In an exclusive chat, Raye said: “I’m going to start doing some bits with Cardi B, which is amazing.

“They heard some of my music and really want me to write for her project which is really exciting.”

The album will be the follow-up to Cardi’s debut Invasion Of Privacy, which was released two and a half years ago.

The star previously said she had hoped to get it out in 2019. She’s not in much of a rush, clearly.

ABBEY Clancy always looks stunning, and as a busy mum of three that must be a tough ask.

The model, married to footballer Peter Crouch, has revealed the secret behind her flat tum is non-invasive liposuction from beauty specialist Shane Cooper. 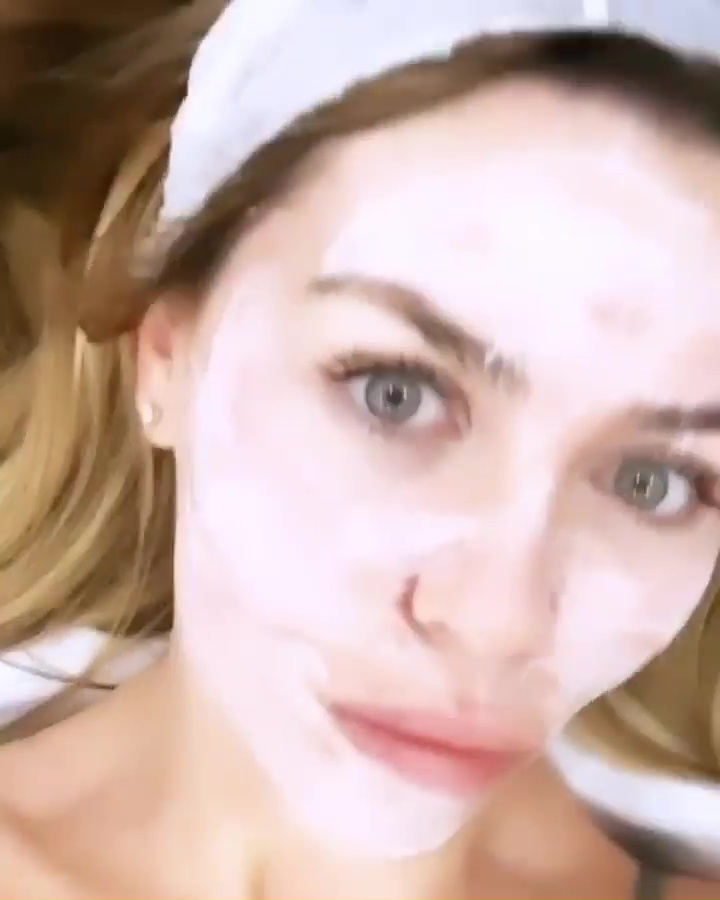 She has visited his West London clinic a ­number of times, racking up a bill of more than £2,000, with sessions costing £380 a pop.

A source said: “Abbey already looks pretty ­perfect, but she’s a mum of three and has her areas of insecurity and concern.

"She heard about Shane through a pal and booked in.” 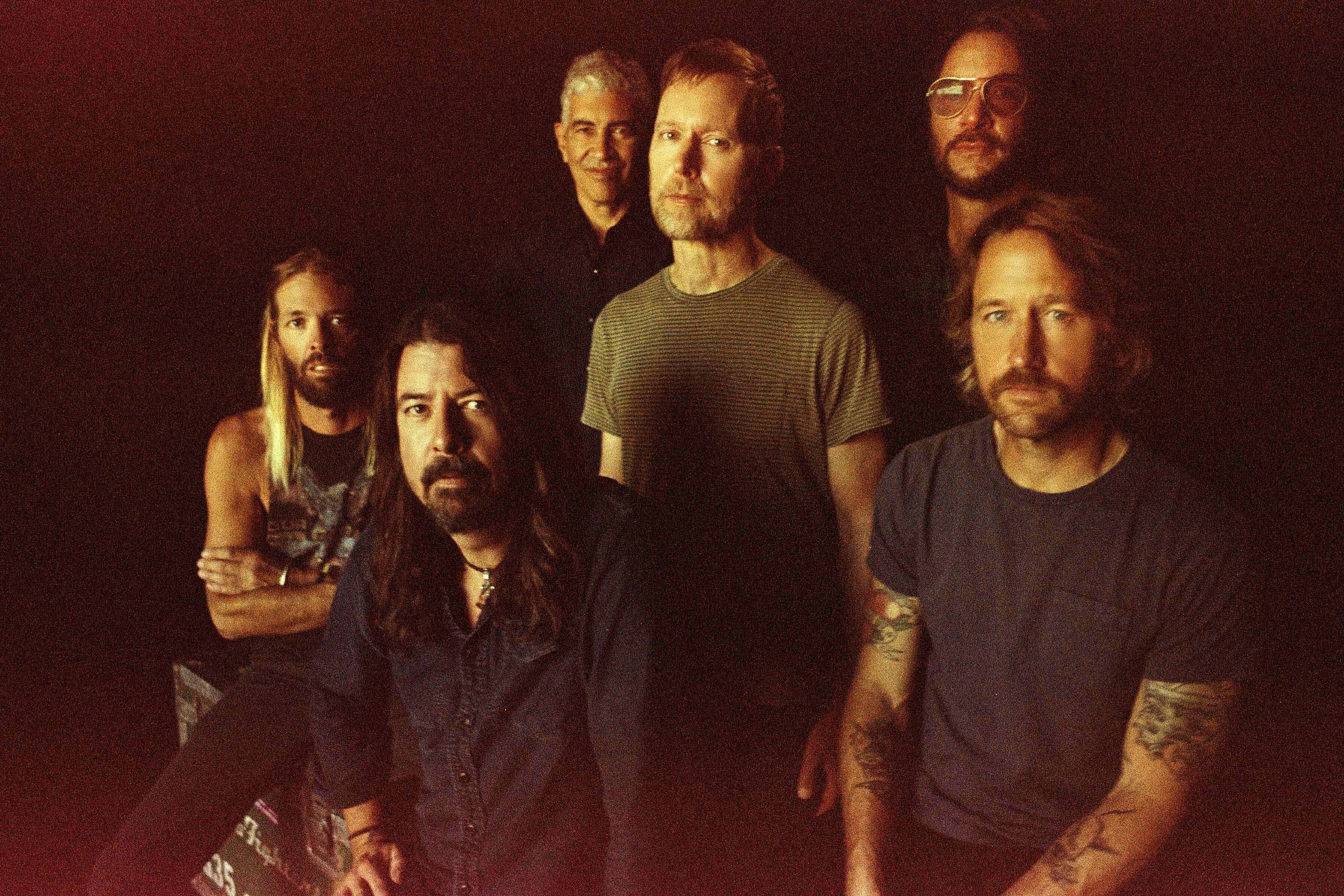 FOO Fighters announced their new ­single in rock ’n’ roll style by taking over a TV studio in New York.

It’s the first single off their tenth album Medicine At Midnight due out in February. The nine-track record is available to pre-order – and there is even a limited edition purple swirl vinyl version.

Last week the group teased new music with signs of initials “FF” and “X” – the Roman numeral for ten – in various spots across the US.

SAM Smith has revealed why some of the singer’s tracks contain heart- breaking lyrics.

Sam says there have been a few romances where they were more into the other person.

Sam said: “It was ­definitely my first proper heartbreak. And it was hard. But I got through it creating a safe space in the studio and singing my a*** through it.

"I’ve been in relationships throughout my life, the majority of them unrequited, where I’ve been in love and the other person hasn’t.”

11/14/2020 TV & Movies Comments Off on David Guetta, 53, says he 'let himself go' in lockdown despite his 'ripped' physique
Recent Posts
We and our partners use cookies on this site to improve our service, perform analytics, personalize advertising, measure advertising performance, and remember website preferences.Ok