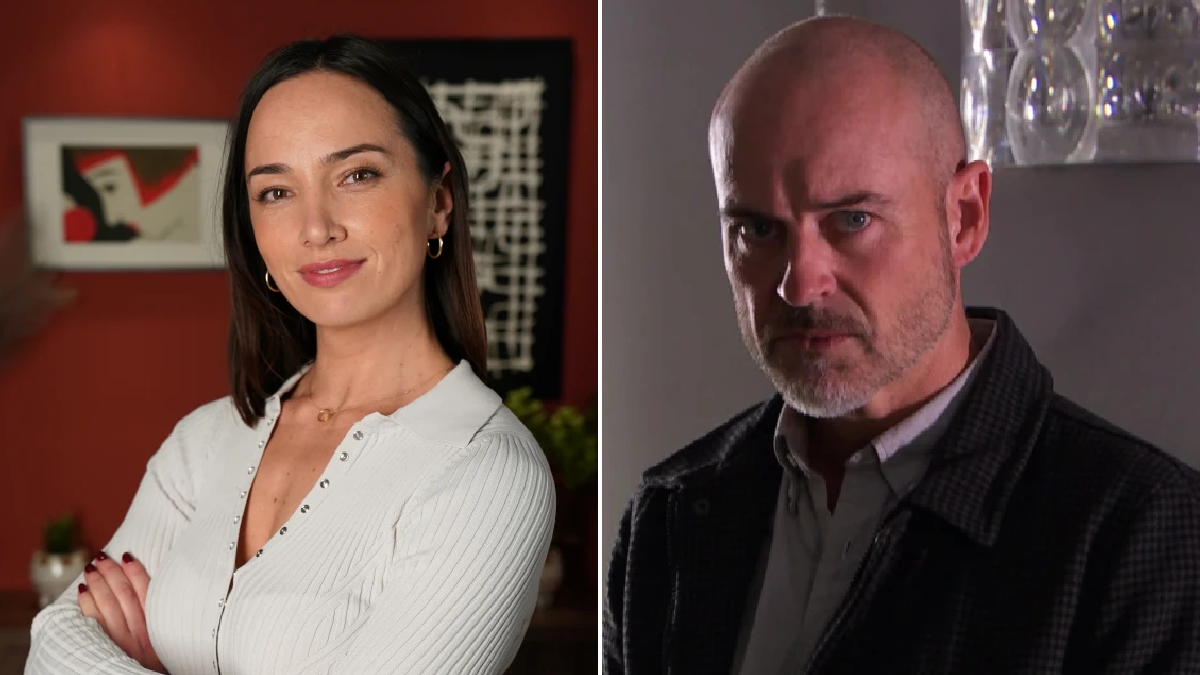 Fergus Collins (Robert Beck) might be dead in Hollyoaks, but it appears as if his reign of terror could be set to continue, as it comes to light that new villain Maya (Ky Discala) shares a connection with him.

The reason why remains a mystery, but the soap’s recent Winter trailer indicated that Darren’s existence is a threat to Maya’s freedom, and thus she wants him dead!

But it turns out that it’s not just Darren that she’s got on the wrong side of, as upcoming scenes will see undercover cop Lexi (Natalie Anderson) showing Nate Denby (Chris Charles) a picture of their primary target.

Viewers will know that Lexi and Nate were supposed to be working undercover in the hopes of exposing the sick Bluebird operation, which was masterminded by dodgy Fergus.

Fergus, however, met his demise earlier this week, as Maxine Minniver (Nikki Sanderson) struck him over the head with a Champagne bottle in order to prevent him from murdering Trish (Denise Welch).

It’s revealed next month that Maya has a sinister connection to Fergus. The question is: just how are the two antagonists linked?

And will Maya be hellbent on revenge in the wake of Fergus’ death?

One to watch: Wednesday December 8 at 7pm on E4.