Dancing on Ice kicks off this Sunday and will see six celebrities and their professional ice-skating partners take to the ice for the very first time in the 2021 series. But, ITV have announced, Graham Bell’s partner, Yebin Mok has suffered an injury, and as a result they will not be competing in five days time. In fact, the professional has been advised by doctors to take a few weeks out and recover.

Yebin, who is partnered with the Olympic skier, suffered a freak accident which resulted in her having a laceration in her leg.

Effectively it’s a stab wound from an ice blade which has meant she will be out of the show for a few weeks.

Express.co.uk has been told she received immediate medical attention and is now resting and healing.

With Graham’s partner now out of the competition for the foreseeable, he won’t be competing in Sunday night’s life show like originally planned. 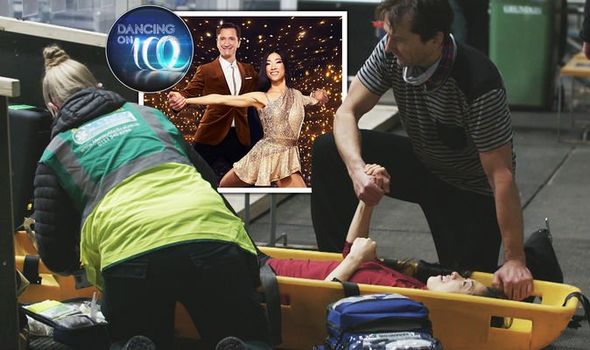 Instead, Rufus Hound will be performing his first routine with professional ice-skating partner Robin.

Graham will return in week two with the other remaining five celebrities and will be skating alongside Karina Mantra while Yebin recuperates.

All celebrities, however, will take part in a solo dance as part of a group routine on Sunday night – and therefore, Graham will be present.

Dancing on Ice’s presenter’s, Holly Willoughby and Phillip Schofield spoke about this announcement on This Morning.

Viewers saw the pair discuss the injury in more detail.

Phillip said: “We had a Zoom meeting yesterday with the team and they showed us a picture that we can not show you on TV.

“Holly couldn’t even look at it, she had to look away – and it was a very nasty stab wound from an ice blade. You could see the tendons, it’s a very dangerous show.”

01/13/2021 TV & Movies Comments Off on Dancing On Ice: Graham Bell’s partner Yebin Mok forced out of show after ‘freak accident’
Recent Posts
We and our partners use cookies on this site to improve our service, perform analytics, personalize advertising, measure advertising performance, and remember website preferences.Ok