Jenny Connor (played by Sally Ann Matthews) has struggled to believe Leo Thompkins (Joe Frost) will be happy with her because of their age difference ever since their romance began. In upcoming scenes, the Coronation Street stalwart will be left devastated when Leo suddenly vanishes from the cobbles but in a cruel twist of fate will she get the blame for his disappearance?

In upcoming episodes, Leo’s dad Teddy arrives and warns him against committing himself to Jenny, who viewers will know kissed Stephen Reid (Todd Boyce) when she thought her relationship with Leo was over.

Leo sets out on a mission to prove Stephen is a liar and speaks to the estate agent who was booked to value Audrey Roberts’ (Sue Nicholls) house.

He overhears a conversation of Stephen’s and realises the prodigal son’s true motives.

Stephen follows Leo on the factory gantry as the latter taunts Audrey’s son.

When Leo threatens to reveal all to Audrey, Stephen panics and lunges at his love rival. 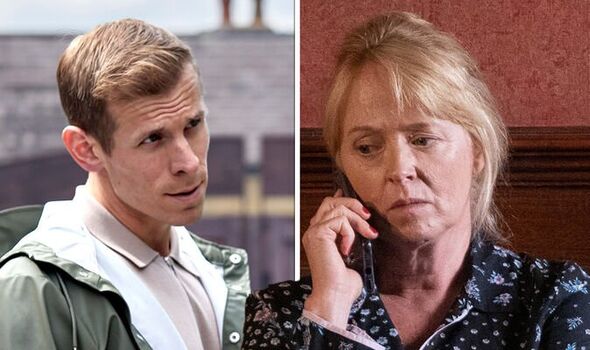 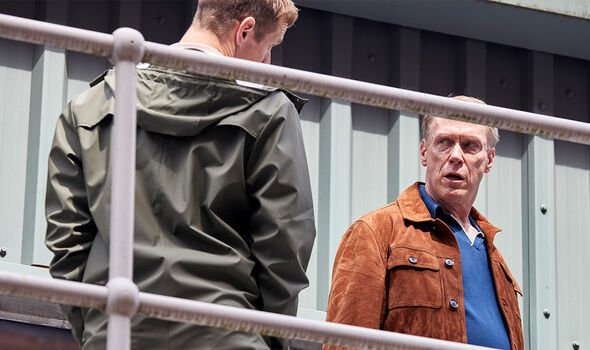 Leo falls over the railings and lands on the commercial bin down below.

Stephen hurries down to check if he’s okay but how will he respond if Leo needs medical attention?

Daisy tries to support Jenny but suspects Leo may have listened to his father’s words.

Ted visits the pub and is surprised to see Jenny behind the bar. 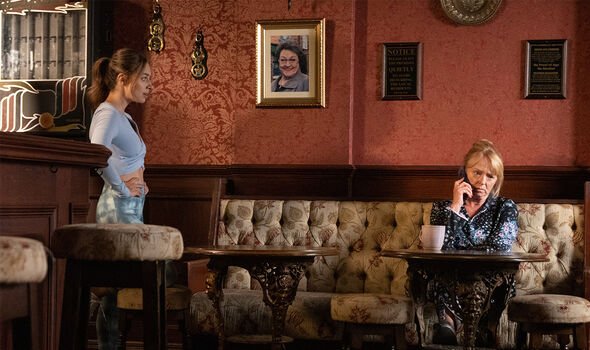 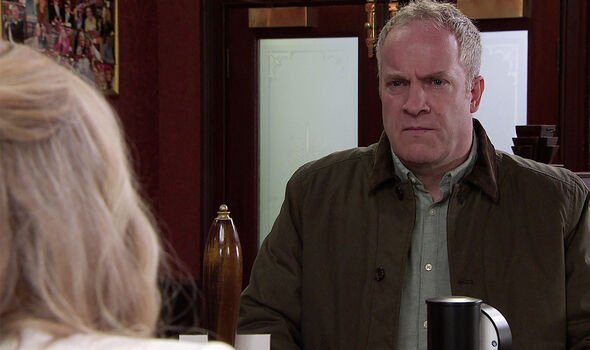 She explains Leo left for Canada without her but knowing his son will Ted believe her?

Ted may begin to look into his son’s disappearance further and suspect Jenny has something to do with him leaving.

If he can’t get hold of his son will he blame the pub landlord?

Speaking to Express.co.uk and other press, Coronation Street Sally Ann Matthews opened up on how her guilt over her kiss with Stephen will impact her relationship with Leo.

Discussing Jenny’s feelings for Stephen, she said: “It was absolutely a rebound thing.

“She had finally allowed herself to be vulnerable and accept that she was falling for Leo and that she wanted to be with him.

“Since they got together she always thought that at some point he’s gonna leave, he’s going to wake up one day and see sense and realise that she’s this old woman.

“She was still mourning that relationship and the loss of Johnny [Connor] but as time has gone on, Leo has just shown time and time again that he’s there for her.

“She’s allowed herself to fully embrace that and then he gets a job in Canada and that throws a massive spanner in the works and she thinks, ‘I don’t want to move away to the other side of the world. I don’t want to leave my family and my friends.’

“There is still this nagging doubt in her mind that one day Leo is going to go, ‘I want kids or I want this’ and she could be stuck on the other side of the world heartbroken and on her own.”

Jenny will blame herself for Leo’s disappearance but this guilt could be misconstrued if her lover is declared missing.

If his accident at the hands of Stephen turns out to be something more sinister, will Ted shine the light of suspicion Jenny’s way?

Stephen would do whatever it takes to keep suspicion from falling on him and may frame the pub landlord to save himself.

Will a heartbroken Jenny be arrested for Leo’s tragic death?

Coronation Street airs on ITV on Monday, Wednesday and Friday at 8pm.