POOR old Yasmeen Nazir was down on her luck last week as she was mugged of Speed Daal’s takings and then had her house robbed, losing precious photographs and jewellery.

But is all as it seems with the supposed theft? Tonight granddaughter Alya and her friend Ryan Connor will spot Yasmeen’s partner, Geoff Metcalfe, with some of Yasmeen’s jewellery. So what’s going on? Let’s find out… 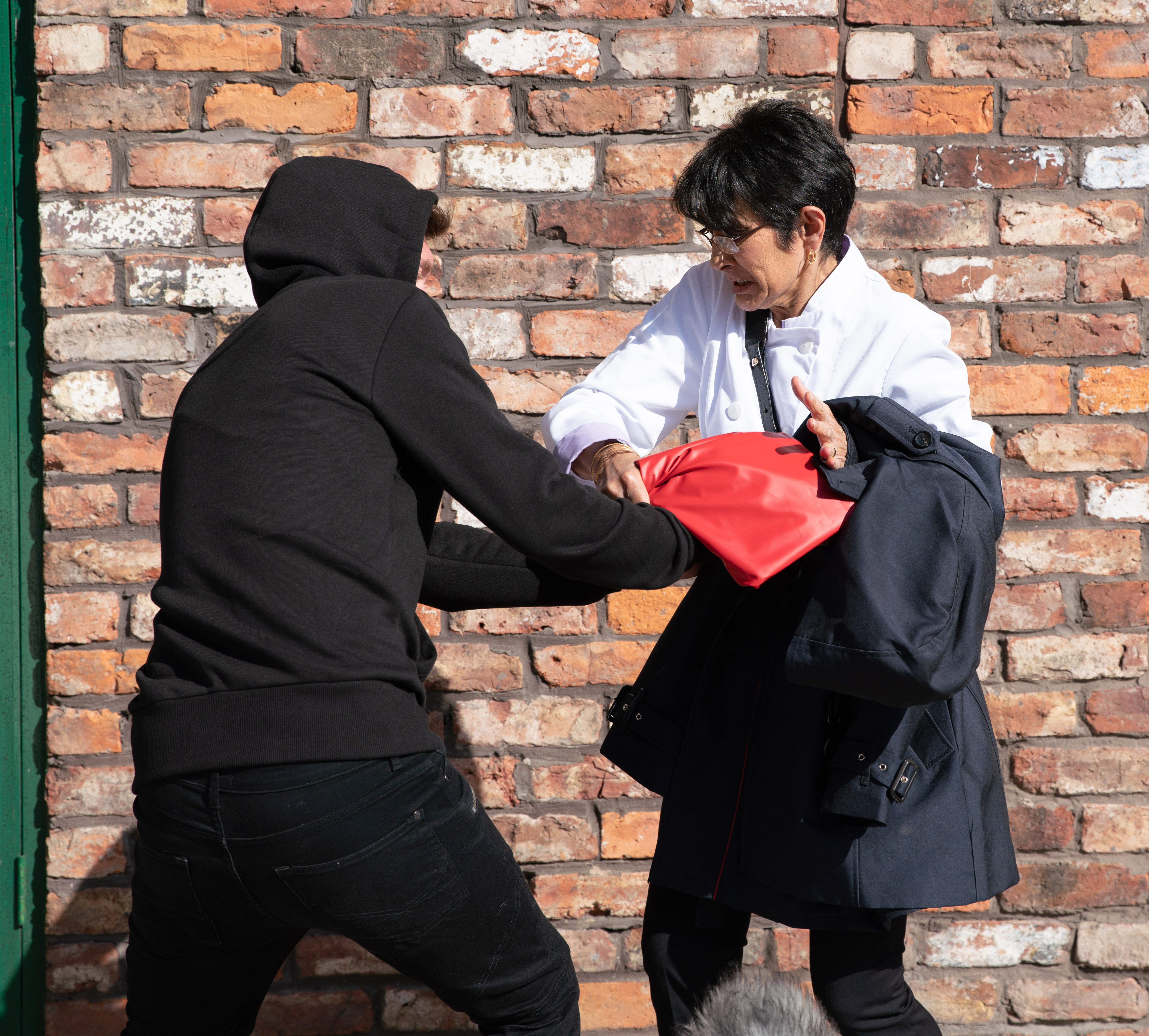 As Alya passed out on the sofa following a late night with Ryan and a couple of his DJ friends, a gloved hand was seen rifling through the draws of Yasmeen’s home.

It was assumed that it was Ryan’s mates who were guilty of the theft, with Geoff issuing a stern warning about bringing strangers back to the house.

He was annoyed when he discovered Yasmeen partying with the youngster downstairs and ordered her back up to bed.

And tonight the story line will take a dramatic twist when Alya and Ryan see one of Yasmeen’s necklaces fall out of Geoff’s pocket.

But when they confront him about it, Geoff is insistent that he bought the necklace for Yasmeen to replace the lost one.

As Alya and Ryan remain unconvinced, Geoff threatens to move out if no one trusts him.

So did Geoff Metcalfe steal from Yasmeen Nazir? 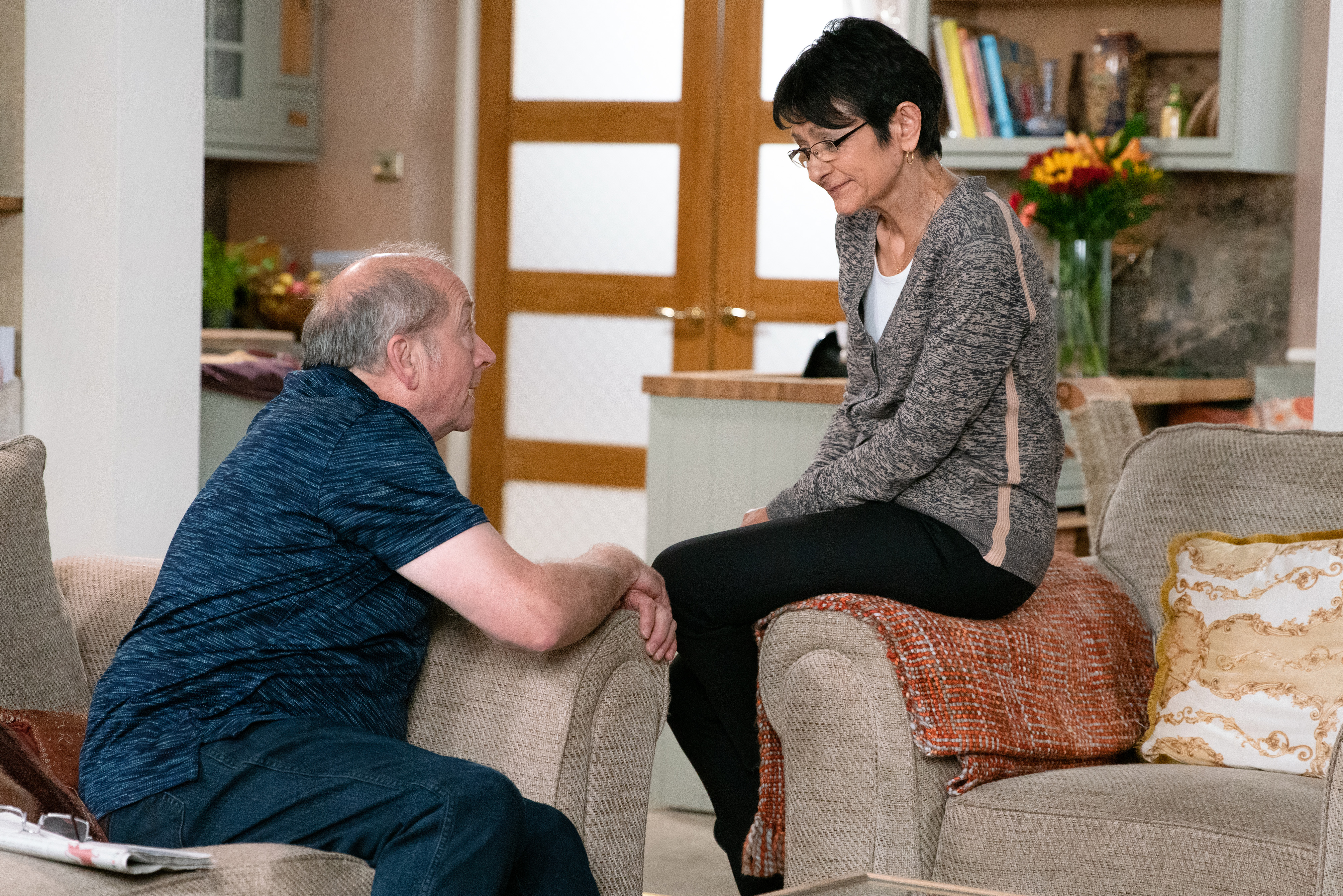 Unfortunately yes it’s looking like Geoff is guilty of the ‘robbery’. It comes as the dark storyline which sees him become increasingly controlling of Yasmeen continues.

Later this week Geoff will also take control of Yasmeen’s bank accounts and will make her feel bad when he suggests she’s too old to take on any extra work.

Corrie fans were convinced Geoff was responsible after the episodes aired on Friday.

Geoff tried to pin the blame for the robbery on Ryan Connor's DJ pals – but viewers at home seem to think it was him and took to Twitter to air their views.

One wrote: "So Gary has to be on borrowed time & I bet Geoff 'burgled' the house 2 set up 1 of those lads Yasmeen was having too much fun with. He must've been possessive with Tim's Mum as well!"

Another said: "I reckon that was Geoff doing that robbing then #Corrie #CoronationStreet".

Charities including Women's Aid have been consulted on the storyline which is intended to educate viewers on the "invisible prison" created by controlling partners.

In a press release at the time, the show explained: "In the coming weeks and months Geoff will escalate his controlling behaviour, even staging a robbery so he can be seen to protect Yasmeen, taking over her bank account and isolating her from friends and family.

"He will set up CCTV equipment in order to watch her every move at the house.

"As is often the case, Yasmeen is unaware she is being controlled, and despite some concerns from Alya, Geoff is able to deceive those closest to her."