Seb (played by Harry Visinoni) thought he’d finally found the one when he met Alina (Ruxandra Porojnicu) earlier this year on Coronation Street when attending a job at the nail bar where she had been working.

Little does Seb know, Alina is actually part of a modern slavery plot, subtly being weaved into scenes on the ITV soap with her boss Rachel (Verity Henry) clearly holding control over the young girl.

In an attempt to get to know Alina, Seb has been turning up out of the blue at the salon, much to the annoyance of Rachel who wants her worker to focus on dealing with actual clients than flirting with her boyfriend.

Recent episodes saw Alina break Seb’s heart to appease Rachel but when the young builder turned up at the salon to try and make amends, Alina was nowhere to be seen.

Rachel claimed she didn’t know where Alina was and back at home, Seb was comforted by fellow lodger at Eileen Grimshaw’s (Sue Cleaver) residence, Jan Lozinski (Piotr Baumann).

Although Jan gave Seb words of advice to let things be with Alina, the young builder does’t realise his landlord’s boyfriend knows more about Alina’s disappearance than he’s letting on.

There had been hints Alina and Jan knew each other when the pair came face-to-face when Seb began dating the nail salon technician.

Next week, it’s Seb’s mother Abi Franklin (Sally Carman) who tracks down Alina when she and friend Sally Metcalfe (Sally Dynevor) go to get their nails done.

It will appear Alina didn’t disappear at all, with Rachel clear setting up the her employee’s mystery absence to deter Seb from making a nuisance at the salon.

Currently treading on thin ice with Seb following the mother of three allowing her young twins to be adopted to a family away from Weatherfield, Abi takes this as an opportunity to make amends with her son. 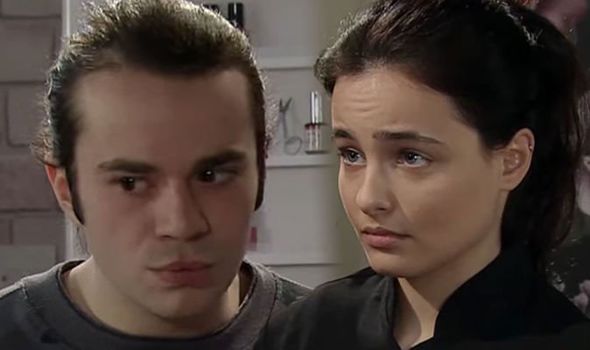 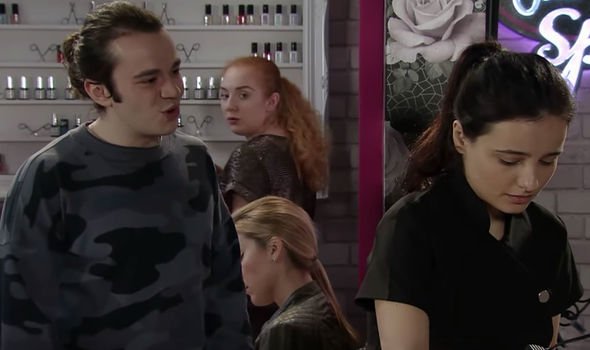 Abi tells Seb she saw Alina working at the salon, a discovery which leads her son to spiral into despair.

Knowing Alina has lied to him, Seb will surely want to confront his ex-girlfriend about why he was lied to and why she has been avoiding him.

With the burden of her secret holding heavy on her shoulders, will Seb’s discovery lead Alina to admit what’s really going on?

“She actually believes that her bosses are looking out for her, but that is all going to change,” the actress told the Daily Star. 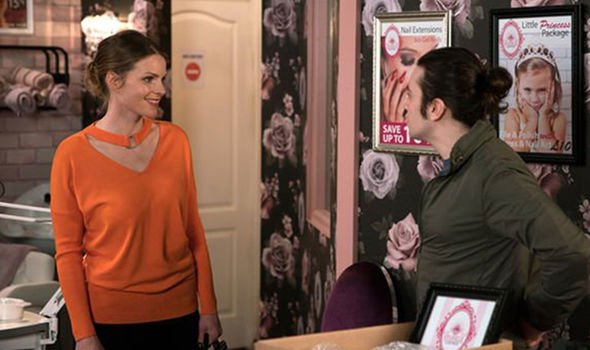 “Sadly, without meaning to, she’s going to put Seb in danger,” Ruxandra continued, so could her lover’s recent discovery be the start of the end for the slavery plot?

Elsewhere on the cobbles, Abi finds herself hero of the hour when Kevin Webster’s (Michael Le Vell) home is broken into next week.

Kevin allows daughter Sophie Webster’s (Brooke Vincent) girlfriend Paula Martin (Stirling Gallacher) to stay with them after a spout of recent break ins at her own home.

Whoever is after Paula turns up at No.13 whilst Kevin’s 8-year-old son Jack Webster (Kyran Bowes) is on his own.

When Kevin is alerted to the danger by his Jack, he soon returns home just as Abi tackles the intruder to the ground, but will Paula’s professional affairs leave the mechanic’s son in even more danger in the coming weeks?