Coronation Street’s Ray Crosby (played by Mark Frost) has become a feared figure on the cobbles after having made the lives of several residents significantly more difficult. Earlier this month, it was revealed the extensive plans he had for Weatherfield after Debbie (Sue Devaney) emerged as his secret business partner. But, with the pair’s relationship veering towards something more sinister, could there be a grisly end in sight for Ray at the hands of his former lover?

He previously tried to seduce Michelle Connor (Kym Marsh) and later got on the wrong side of Alya Nazir (Sair Khan) and Bethany Platt (Lucy Fallon).

But Ray has managed to keep business booming after buying The Bistro from a helpless Michelle in the New Year.

In recent weeks, it’s become clear just how far Ray is prepared to go to grow his empire.

It was revealed Debbie was secretly helping him in a mission to buy up properties in Weatherfield after the pair were exposed as old flames. 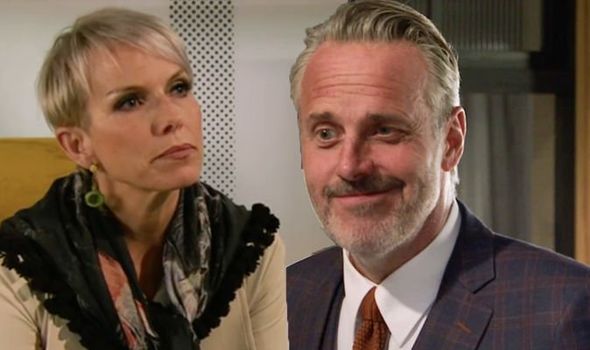 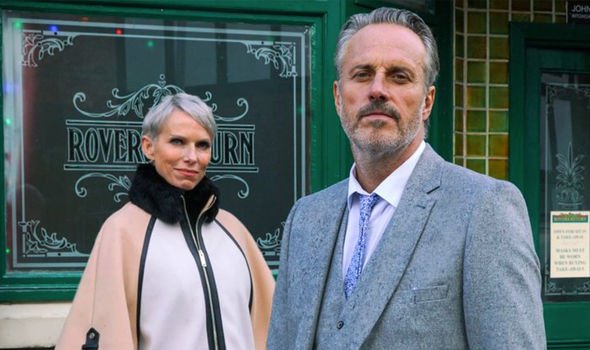 Fans knew Debbie had a history in property development but the pair’s alliance acted as an unexpected twist.

Now, it’s been hinted Ray is set for a dramatic exit in the months to come as actor Mark Frost admitted his character’s days were numbered.

As the show approaches its 60th anniversary, it seems Ray will be involved in a big way.

Actor Mark has confirmed Ray will be in the firing line as he continues to make enemies across the cobbles. 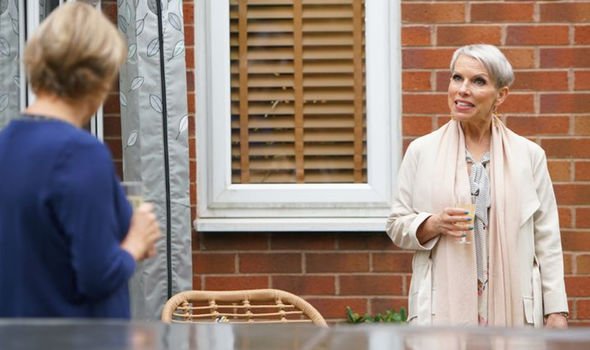 He said: “Undoubtedly he’s not going to get away scot-free – it’s Corrie law but I’m just enjoying the ride really.

“It’s great to be involved, and it’s fun playing a baddie.”

And seemingly hinting at an explosive exit, he added: “There’s a long line of baddies that have gone before me, so I’m enjoying the time I’ve got.

But just who will it be who ends up getting their revenge on the villain?

Earlier this week, fans saw an insight into Ray’s drastic plans which would completely tear apart the street, including the addition of a hotel complex.

So far, he has managed to take control of Gary Windass’ (Mikey North) factory, the garages and David Platt’s (Jack P Shepherd) home.

And Debbie has even talked her former sister-in-law Sally Metcalfe (Sally Dynevor) into selling-up her house.

Someone else he is now working with is evil Geoff Metcalfe (Ian Bartholomew), who is still awaiting his trial against wife Yasmeen Nazir (Shelley King).

It’s also been hinted by actress Sue there could be a huge clash to come: “Debbie threw herself into her work after her relationship with Ray, but she still has a soft spot for him. She doesn’t know how letchy Ray is because when she knew him, he was just a womaniser.

“He promised her the world, but he was also promising another 10 women at the same time. I don’t think Debbie knows who she has got involved with this time around,” she told Express.co.uk and other press.

Could this be a hint it’s Debbie who will take Ray down and give him the ultimate comeuppance?

11/18/2020 TV & Movies Comments Off on Coronation Street spoilers: Ray Crosby ‘killed’ by Debbie Webster in explosive exit
Recent Posts
We and our partners use cookies on this site to improve our service, perform analytics, personalize advertising, measure advertising performance, and remember website preferences.Ok