Coronation Street: Will smashes up Billy and Paul’s flat

Kate Connor (played by Faye Brookes) left Coronation Street in 2019 to go travelling after the death of fiancée Rana Nazir (Bhavna Limbachia). However, the Dancing On Ice star could return to the cobbles as her on-screen father Johnny Connor’s (Richard Hawley) health worsens in prison. Will Kate be the one to get through to her father and convince him to accept help?

In upcoming scenes, Johnny is asked by fellow prisoner Joe if he wants to play a game of pool but he declines.

The next day, the pub landlord is horrified when Gary Windass (Mikey North) tells him Joe took an overdose.

When Jenny Connor (Sally Ann Matthews) hears about the tragic prisoner’s fate, she knows Johnny will be reminded of Aidan Connor (Shayne Ward).

The landlady is saddened when she overhears Daisy Midgeley (Charlotte Jordan) mocking Johnny but when she apologies, Jenny tells her she can stay for as long as she wants. 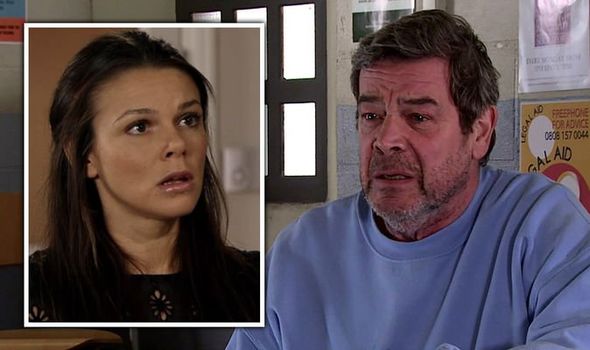 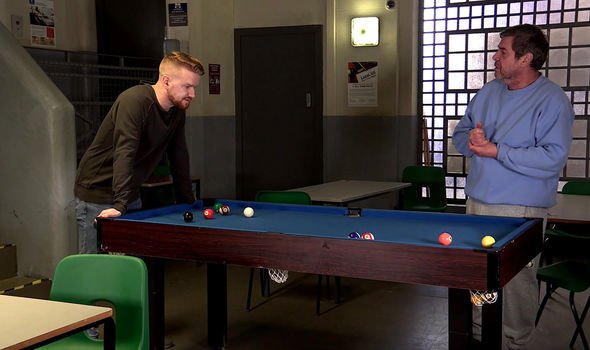 In the prison, the landlord believes he’s spotted mice and cockroaches before seeing a vision of Aidan.

Carla Connor (Alison King) visits Johnny and he comes clean about how much his eyesight has deteriorated.

The landlord promises his daughter he’ll speak to the prison but only if she keeps quiet about his health problems to Jenny.

Carla agrees but is unaware her father has no intention of following through on his side of the bargain. 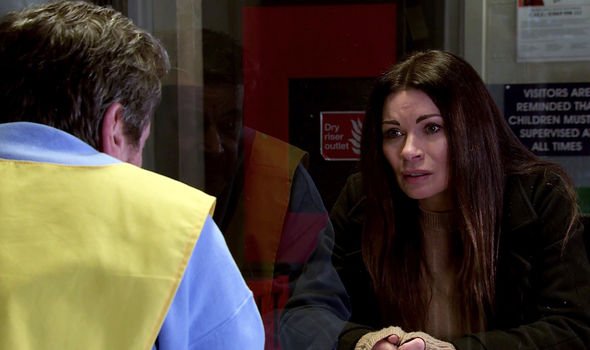 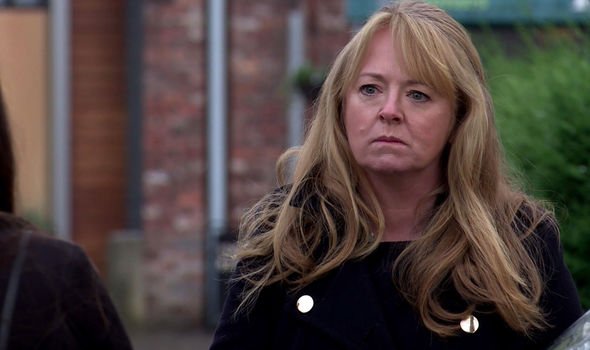 The concerned daughter arrives back in Weatherfield and tells Jenny her husband is absolutely fine but later confides in Roy Cropper (David Neilson) that she’s told the prison about her fears for Johnny.

After Carla’s call, the prison guards instruct Johnny to visit the onsite doctor but the landlord is wary of their diagnosis.

Johnny opens up to Gary about his eyesight problems but is furious when he’s told he’s been referred to a psychiatrist.

Carla tells her father she had to do what was best for him and urges him to come clean to Jenny which he reluctantly does but could Carla decides she needs to reach out to half-sister Kate for support?

Jenny’s relieved when her husband finally opens up to her but is angry with Carla for lying to her.

Coronation Street star Richard revealed Johnny will be diagnosed with Charles Bonnet syndrome but could this lead to his daughter Kate returning?

In a recent interview with OK! magazine, Faye said: “My journey at Corrie was open-ended, so that’s possibly something I could go back to and if there was an opportunity, I would.”

Meanwhile, Richard revealed: “Once you have a diagnosis of Charles Bonnet syndrome things can get a little better simply because you know what it is. What happens is your brain makes up images because it is not getting enough information because of reduced eyesight.

If Carla and Jenny get in touch with Kate to let her know how badly her father is doing, she may decide it’s time to return to Weatherfield to help support him.

Will Kate help Johnny realise he needs to embrace the help he’s been offered or will he continue to shut his family out?