Dev (played by Jimmi Harkishin) hasn’t had the easiest time when it comes to romance on Coronation Street, with his longest relationship being with the late Sunita Alahan (Shobna Gulati). The pair broke up several times over the years, but none was more memorable than when ITV soap villain Maya Sharma (Sasha Behar) interfered with their marriage as she developed an unhealthy obsession with the corner shop owner. The scheming character wasn’t killed off following her one-year stint on the weeknight serial drama but rather sentenced to time in prison for her heinous crimes. However, with 16 years having passed since she was last seen on the cobbles, could she be set to make a dramatic return and destroy her former lover’s life once more?

Maya’s dark deeds included forcing Dev to propose to her or risk being killed, marrying several illegal immigrants with Sunita’s identity documents when her fiancé rekindled his relationship with the mother of his children and then holding them both hostage.

The villain’s time on the cobbles came to an end when her plan to murder the husband and wife was foiled and as she tried to make her escape, a lorry crashed into her van.

This meant she was left in a critical condition and was on life support under police guard to ensure she didn’t try to pull any more stunts.

Following some time in intensive care, it was later revealed the scheming character had been sent to jail to await trial for her actions.

Since then, the twisted Weatherfield resident hasn’t been mentioned, though fans of the cobbles-based drama believe she should be reinstated. 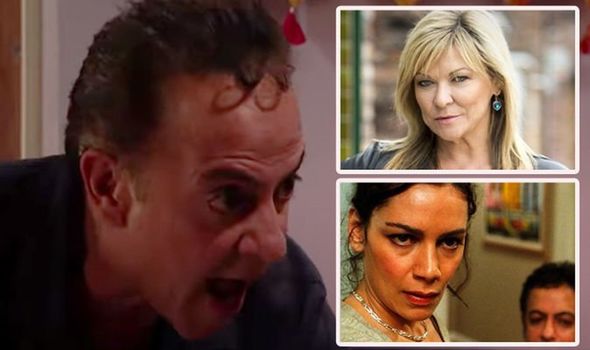 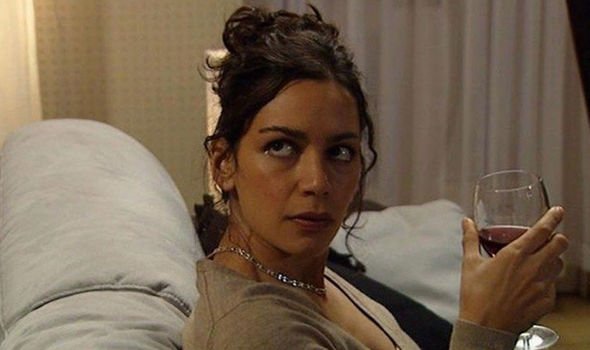 One wrote: “I’d love to see Mad Maya return…perhaps Dev could get back on the dating scene and meet a recovered Maya?

“It could be a slow-burning storyline as Maya starts to lose it all over again…she was a fantastic character.”

A second added in response: “Mad Maya was brilliant but I think too much time has passed now for a return.”

“After the court case story fell through they just ruined any real conclusion. For years people forgot what her fate had actually been,” a third remarked.

Whilst a fourth opined: “Mad Maya – I think a return for this character is very much possible, as she wasn’t killed off, and we haven’t really heard sight nor sound of her since her explosive departure from the cobbles!

“I would rather her back than bring a character back from the dead, which could cheapen their first stint as a whole,” they shared on a Digital Spy forum. 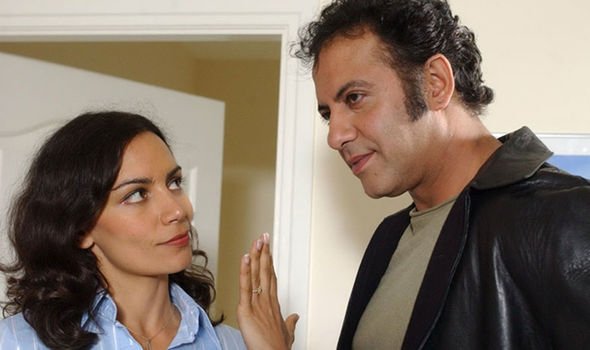 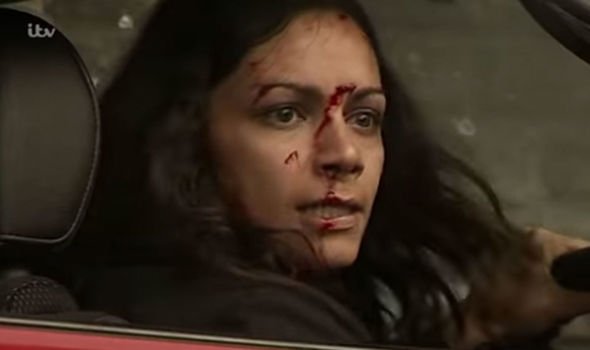 Not one to miss an opportunity to ruin someone’s life, the villain could have been released from prison and found a way to make money by more legal means.

However, with her former lover struggling to make ends meet, he might have to strike a deal with her to ensure no-one discovers his secret.

Having gone to desperate lengths to make him her husband one before, will the scheming character call off the bailiffs only if he agrees to marry her?

Left with no other option, the father-of-four could end up with a wife on his arm by the end of the year.

Viewers will have to sit tight and see if the corner shop owner’s life is destroyed again, but there is plenty more drama coming up on the cobbles, including the downfall of Gary Windass (Mikey North).

For months, the supervillain has managed to keep his deadly secrets harboured, but earlier this week, Sarah Platt (Tina O’Brien) discovered he had murdered loan shark Rick Neelan (Greg Wood).

Unfortunately, the revelation came moments before the dodgy dealer was struck down by a car and Friday night’s episode showed him in hospital.

Scenes airing next week will see the villain trying to convince his ex-girlfriend not to tell the police about Rick.

It seems she will agree, but the authorities will be left wondering why Sarah made a 999 call even before Gary had been hit by the car.

With lies and secrets on the brink of being rumbled, could Maya’s return add further chaos to mix as it’s discovered she worked with the deceased loan shark as they both had money-making companies?

Could this be the ultimate showdown as one iconic scheming character takes on another to reveal the truth about the criminal’s death?

07/31/2020 TV & Movies Comments Off on Coronation Street spoilers: Dev Alahan ‘destroyed’ as former lover ‘returns’ to cobbles
Recent Posts
We and our partners use cookies on this site to improve our service, perform analytics, personalize advertising, measure advertising performance, and remember website preferences.Ok