‘What would the headline be if this were Black people?’ was a common sentiment 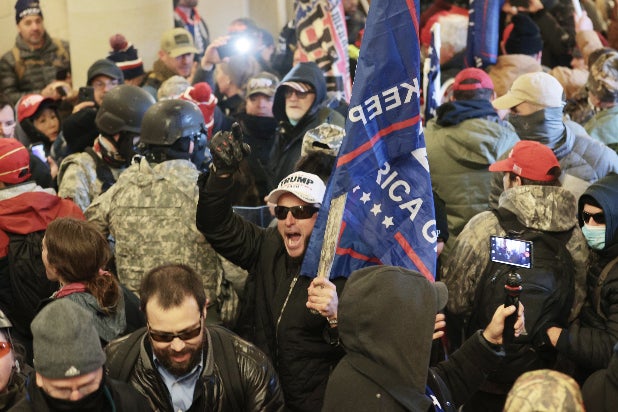 A mob of pro-Trump supporters breached the U.S. Capitol on Wednesday, causing Congress to forcefully recess during the Electoral College vote certification for Joe Biden’s presidency and causing a lockdown of the building.

Social media erupted with comparisons between the differences in law enforcement’s response at the Capitol to the many Black Lives Matter protests this summer — most of which were generally peaceful.

While police used tactics that included tear gas and violence against BLM protesters, law-enforcement officers at the Capitol were subdued in comparison against the Trump supporters, many of whom breached the building and wandered throughout it.

Social-media reaction was swift, reflecting what many saw as a contrast that was downright chilling.

“The way they would have dropped a whole bomb on the capitol if this was us,” tweeted writer and director Matthew A. Cherry.

Following President Trump’s comments at a rally earlier in the day that “we’re going to walk down to the Capitol,” groups of protesters stormed the Capitol after breaking through perimeter barriers and pushing past police. According to CNN, “an armed standoff was taking place at the House front door as of 3 p.m. ET, and police officers had their guns drawn at someone who is trying to breach it. A Trump supporter was also pictured standing at the Senate dais.”

“A lone Black U.S. Capitol Police officer trying to hold back an armed right wing invasion of the Capitol that has been fomented by the president of the USA. Compare to the 100s of militarized police mobilized against peaceful protestors for Black lives. Our country. Our country,” tweeted Cecillia Wang, civil rights lawyer and deputy legal director of the National ACLU.

01/06/2021 TV & Movies Comments Off on Contrasts in U.S. Capitol, BLM Protests Seen in Widespread Reaction
Recent Posts
We and our partners use cookies on this site to improve our service, perform analytics, personalize advertising, measure advertising performance, and remember website preferences.Ok