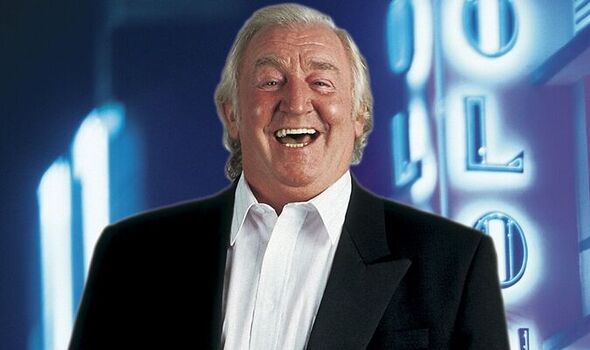 Streaming channel Ustreme, who are filming the series called Proper Comedians later this month, have been plagued by abusive phone calls and threats of protests over the show which attempts to revive the spirit of old ITV hit The Comedians.

“The series hasn’t even been filmed!”

She went on, “We’ve received a few abusive calls about the show and been told that they’ll turn up with banners in protest.  And that’s fine – we believe in freedom of speech. Let them come.”

He said, “It’s a good line-up, for sure, there’s no two ways about it. It really is going to be a funny evening of laughter. Nobody can accuse Roy, Mick or Duncan of being blue or telling offensive jokes. People love them.

“All of us were on The Comedians back in the day except Bobby and we know what makes audiences laugh.

“When I’m walking my dog, I always get stopped by people saying ‘Jonesy, tell us a joke’. They all say all the good TV comedy programmes are gone.

“They know I don’t change at all. If you buy tickets to see Jimmy Jones you know what you’re going to get. I always say that if you’re going to be offended then please don’t come.

“That’s why I don’t do after-dinner speaking, because I’m definitely going to ******* upset somebody.”

Jones, whose fans over the years have included rockers like Iron Maiden, Martine McCutcheon and the late Prince Philip, famously used the catchphrase “Kinnel” in the past, but now considers that too quaint.

He said, “They booked me for a corporate event on a boat on the Thames last year. I got on and they said, ‘Jim, could you go back to using ‘Kinnel’ because there’s four women on here who don’t like swearing’.

“I said, No. I told the audience, ‘I’ve heard you don’t like swearing so can you pop upstairs where there’s a bottle of champagne waiting for you. I’ll entertain the rest of these people.

“This is a true story…later on, one of those women was shagging in the corner of the boat…she doesn’t like swearing apparently but she didn’t mind that!”

The Proper Comedians shows are being filmed at the Gaiety Theatre, Southsea, on November 23 and  24 to air on Jim Davidson’s Ustreme channel.

Said Vicky Nash, “If people want to picket us then let them. We believe in freedom of speech. The day comedy is censored is the day we’re all screwed. They can keep protesting. We’ll keep laughing.”

Jones, who like Roy Chubby Brown has been banned by “over-zealous” Labour councils, hit back at accusations that he is “racist”.

He said, “I used to do accents, accents are funny. But I’m not a ******* racist. It’s just jokes and a laugh. I’ve been friends with Frank Bruno since he was training to be a boxer. If he was having one of his bad days, his ex-old-woman Laura would say he’d put one of my tapes on to cheer himself up. That proves to me that laughter is the best pill in the world.

“Cancel culture is killing comedy. Look at Jerry Sadowitz. He warned people his show was near-the-knuckle and got cancelled because one person complained. What about the hundreds who were laughing?

“I get hit by it all the time. I’m not allowed to work at my local theatre because they don’t want my style of comedy.

It’s run by a trust. Who is on this ****ing trust? I do some gay jokes so they don’t want me, but I’m not anti-gay. I do jokes about everybody. I’m an equal opportunities offender.

“I was doing shows for a hospice and they changed the person who was running it and suddenly I couldn’t do them anymore because that person didn’t like Jimmy Jones. So they’d rather lose that money.

Jones went on, “TV comedy is terrible now. Watch Live At The Apollo…that must be canned laughter because I watch it and think, ‘how did that make you laugh?’ There’s nothing funny about it.

“Among the current comedians, I do find Micky Flanagan funny. But that is going back to our down-to-earth style of comedy. Nobody is going to beat that.

“It’s the same as if you book a DJ for a party, you want him to play music from the 1970s because you know that’s what is going to get people up dancing. They don’t make it like that anymore.

“So if you want a good old belly laugh come and see us at the Gaiety or wait until you see it on Ustreme. Someone ought to remind these protestors that the first paper to give The Comedians a five-star review was the Morning Star because back then they recognised it for what it is – hard-hitting working-class humour. Jokes to make you rock in your seats and howl with laughter. Not Friday Night s***e on Channel 4 with a trans-bloke playing keyboards with his old fella.” [he didn’t say old fella]