Past and present Top Gear hosts paid tribute to Sabine Schmitz, who sadly passed away from cancer in March, in a special look back at the German professional motor racing driver’s career. Chris Harris, in particular, praised the star for her bravery before recalling the terrifying moment she was in control of the throttle as the pair took part in chain-car racing and a separate incident that saw her vehicle catch fire during an off-road sporting event.

Discussing his experience of chain-car racing, Chris said: “It’s not something I want to do again.”

“Poor Chris, I don’t think he knew Sabine was going to be driving the chain car, he was in the back operating the breaks and Sabine had steering and throttle,” Matt LeBlanc explained.

“This is a woman that has barrel-rolled many cars, she doesn’t give a monkeys and true to form, it hurt,” BBC presenter Chris shared.

“I know Harris quite well from the olden days and I know he was genuinely alarmed by that I can tell the difference,” former host James May added.

During a clip from the race, Chris can be heard shouting in pain before crying out: “This is the worst thing I’ve done! You total lunatic.” 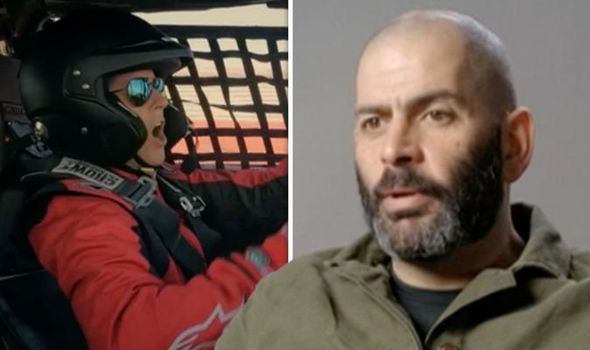 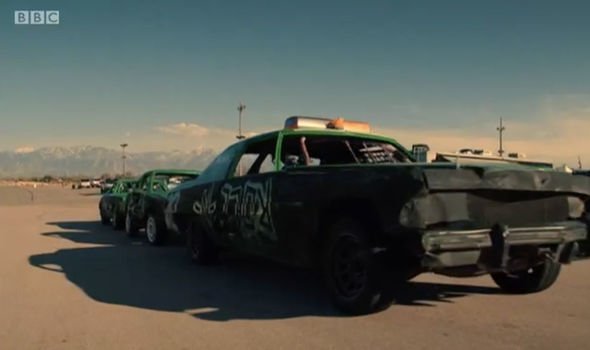 “It scared him, it takes quite a lot to scare Chris and Sabine thought it would be funny,” James said.

Chris continued: “What was really telling, actually, in all of these events was you can tell someone’s got a natural driving gift when you just throw them into anything. Sabine was that person, she was a bit like a swiss army knife.

Matt added: “You never got a sense of danger with her behind the wheel ever there was only the King of the Hammers thing.”

The King of the Hammers is an extreme off-road competition held every in Southern California and is considered one of the world’s most challenging motorsport events. 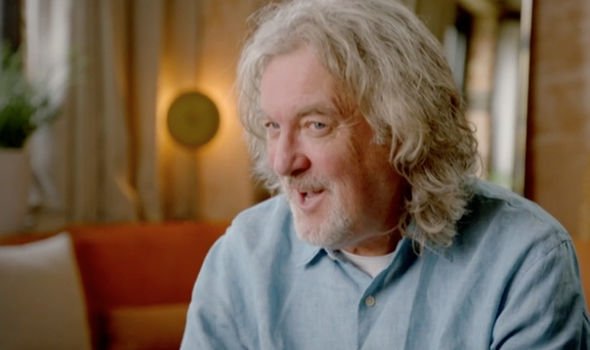 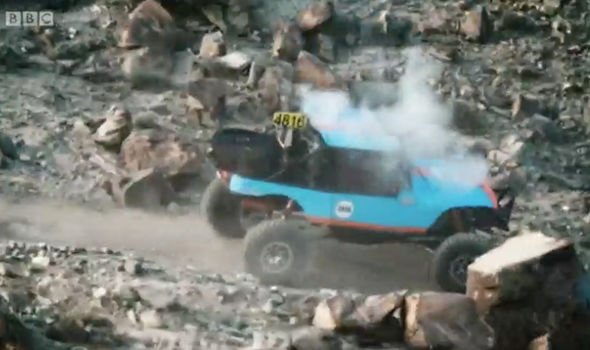 “I remember doing one of the opening shots somewhere in the desert and I stood there thinking, ‘What on earth are we doing here?’” Chris recalled.

“She loved big American cars she loved all that stuff,” the Top Gear host continued.

“We turned up to King of the Hammers there were 50,000 rednecks with ATVs, drinking beer, with rock music playing. She just walked in and went, ‘I’ve come home.’”

In a Top Gear clip, Chris asked Sabine: “This vehicle has been on its head several times, are you not worried?”

Owner of the King of the Hammers, Dave Cole delivered a damming prediction on Chris and Sabine’s chances in the race.

He said: “She’s going to kill it, you’re not going to make it. I’ve heard she’s already been upside down and you’re worried about that.

“So you’re going to drive scared and you’ll be upside down anyway, she’s going to kill it.” 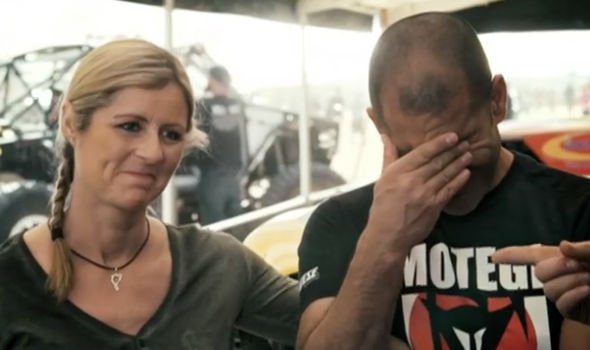 “I was stood there thinking, ‘A, that hurts and B, you’re probably right. I didn’t want to be there at that point but she loved it,” Chris explained.

However, disaster struck during the competition between the presenters when Sabine’s vehicle caught alight.

“She never looked afraid, speed didn’t bother her,” Matt continued and Chris added: “And then it caught fire.

“She didn’t give a monkey’s about any of it I mean fire is a problem.”

“I remember telling her to pull over and get out and she very calmly pulled over and got out,” Matt recalled. “I don’t even think she raised her voice.”

The ‘Queen of the Nürburgring’ became a huge success on Top Gear when she helped Jeremy Clarkson take on the iconic race track.

She appeared on the show several times since and helped host the show when it relaunched in 2016.

Matt and Rory Reid who both presented the show with Sabine after its relaunch also reflected on the driver’s life.

Top Gear: A Tribute to Sabine Schmitz is available to watch on BBC iPlayer.