Chicago Fire returned to screens this week, alongside sister shows Chicago Med and Chicago PD, much to the delight of viewers who love settling down on the sofa on Wednesday nights to catch up with their favourite Windy City firefighters, doctors and police officers.

MORE: Chicago Fire stars break down what comes next after heartbreaking season 11 premiere

But did you spot a very special guest star in the premiere episode? Kelly Severide actor Taylor Kinney is currently in a relationship with model and actress Ashley Cruger – and she joined her famous partner on set for the opening episode.

WATCH: Chicago Fire star Taylor Kinney looked so different at the start of his career

During a scene towards the end of the episode set at Molly’s Pub, Ashley could be seen raising her glass with some of the firefighters in celebration.

MORE: Meet the cast of Chicago Fire and their real-life partners

Ashley took to social media after the episode aired to confirm that it was her in the scene. “First episode of Chicago Fire aired last night and I got to sneak on it @taylorkiney111,” she wrote alongside a screengrab. 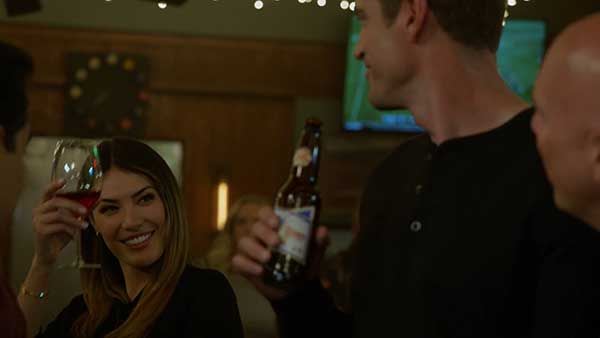 Although it’s not known how long Ashley and Taylor have been together, they made things Instagram official back in March when the 41-year-old actor uploaded a series of sweet snaps of Ashley to his account. The snaps showed the 26-year-old model looking down the camera at Taylor while getting a manicure at a nail salon. 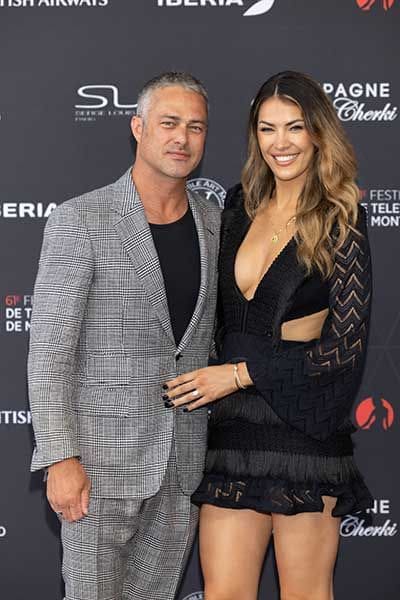 The couple have been together since at least March 2022

Following that, they made their first public appearance together as a couple in April and were spotted kissing while attending Operation Smile’s 2022 Park City Ski Challenge in Utah together.

MORE: Chicago Fire star Taylor Kinney looked so different at the start of his career

Taylor has kept his love life on the down low for the past few years following his high-profile relationship with Lady Gaga – which ended with a broken engagement.

The actor first met the pop star in 2011 on the set of the music video for her song You and I, in which he played her love interest. The pair dated for five years before he popped the question on Valentine’s Day 2015. However, things weren’t meant to be, and they ended up calling off their engagement in July 2016.

09/23/2022 TV & Movies Comments Off on Chicago Fire star Taylor Kinneys partner made a cameo in season 11 premiere – did you spot her?
Recent Posts