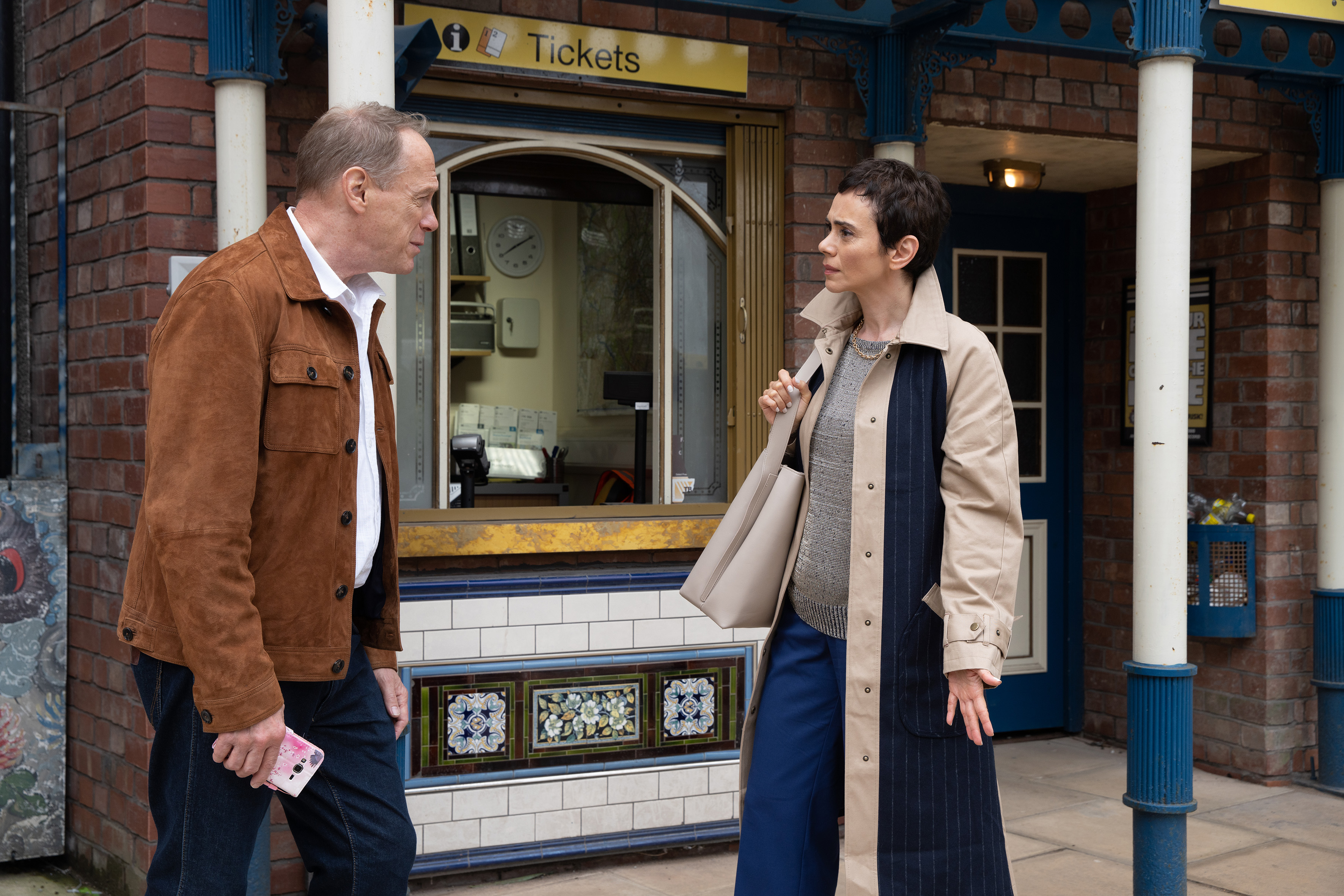 Now Stephen Reid (Todd Boyce) has been given the Coronation Street Villain baton, we’re waiting with bated breath, curious as to who his next victim will be.

First victim, of course, was poor Leo (Joe Frost), who lost his life a few weeks ago after threatening to reveal Stephen’s criminal activity to the Platt family.

This has now left us watching Stephen’s scenes with huge interest as one wrong move with another character could be the beginning of the end.

One person we were particularly suspicious over was Gabrielle (Helene Maksoud) – Stephen’s ex-wife.

She headed to Weatherfield demanding money back from Stephen and, after a few weeks and some very dodgy activity, she finally got it.

This was ultimately down to working with Stephen and going along with his plan to gain access to Audrey’s (Sue Nicholls) equity release money from her house.

Gabrielle pretended to be her and to both of their surprise, the money was transferred into Stephen’s account.

Because Gabrielle was the only person who knew the truth about Stephen, it did leave us wondering if she could end up being killed – but as we saw tonight, that probably won’t be the case.

Now Gabrielle has her cash back, her time on the cobbles was done.

She packed her things and called a taxi, waving goodbye to Stephen as she prepared to return home.

With Gabrielle safe, this now leaves us with one question.

Could it really be Shona (Julia Goulding) after all, given the fact the actress will soon leave the show to go on maternity leave?