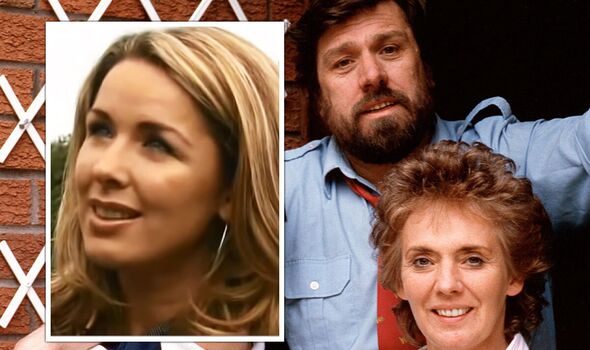 It has been two decades since the Brookside fans bid farewell to the families living in Britain’s most famous cul-de-sac. However, original episodes of the iconic soap will finally return to screens on STV Player in a matter of days. The well-loved soap, which ended in 2003, will be available to stream from the start for the first time ever.

Brookside Close, in Liverpool, included 13 houses which belonged to families such as the Corkhills, Dixons and Grants.

The show was created by Grange Hill and Hollyoaks creator Phil Redmond and launched the careers of stars like Claire Sweeney and Anna Friel.

Brookside first aired on November 2, 1982 on Channel 4 and drew in audiences of 9 million viewers at its peak.

Classic episodes of the serial drama will be available to stream from February 1, giving fans the chance to relive all the soap’s best storylines.

READ MORE: Tony Blackburn hits back at BBC complaints ‘Switch it off’

During its 21 years on screen, the show became known for tackling challenging issues such as rape, incest and bullying.

In 1985, teenager Gordon Collins came out to his family – making him the first-ever openly gay character in a British series.

Loose Women star Sunetra Sarker, who played Nisha Batra in Brookside, said of the news: “I owe a lot to Brookside as I was lucky enough to have been spotted at a bus stop when I was 15 and given the role of Nisha.

“Had I known then that Brookside Close would be the road that led me to my surprising and eventful career, I would never have believed it.

“I am thrilled that STV Player is airing Brookie again after all these years. I never fail to hear fans tell me how much they still miss the show.”

Dean Sullivan, who played Jimmy Corkhill, said it’s great how a whole new generation has the chance to enjoy the soap.

Dean added: “I’m sure many storylines will still feel as relevant today as the day they were written.

“Brookside has played a huge part in my life and it was a real privilege to portray Jimmy Corkhill.

“The role was every actor’s dream, as the character had so many superb storylines. Jimmy spent 17 years on the close and appeared in more episodes than any other character.

“I remain very proud of the legacy this ground-breaking soap still has to this day, and I was humbled to receive two British Soap Awards for the role.”

Brookside fans were thrilled to hear the news of the series returning to screens, with many flocking to Twitter to express their excitement.

Scott Brerton said: “I was a huge #Brookside fan back in the day so this is huge news and long overdue!”

Eve penned: “It will be a fascinating journey in time, won’t it? Looking forward to it.”

David added: “I’m too young to know this soap but my parents said they loved it so I’ll give it a watch to see what the fuss is about, what’s not to love about a soap set in Liverpool?”

STV Player will drop the first 10 episodes of Brookside on February 1, and five new episodes will land each week thereafter.