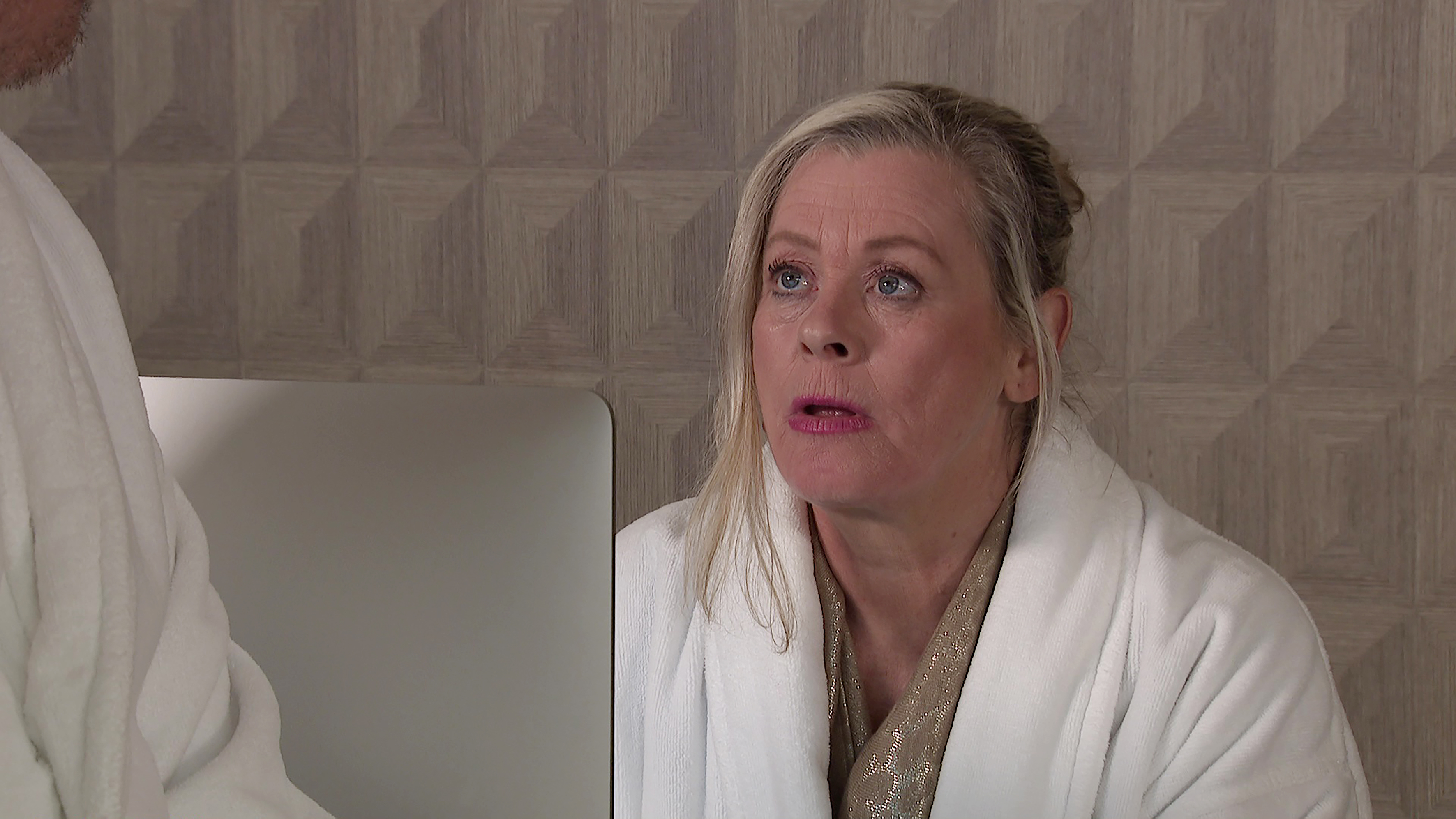 It wouldn’t be Coronation Street without one of our favourite characters having their life put in danger thanks to some dodgy gangsters, right?

This time, poor Bernie (Jane Hazlegrove) falls victim to this Weatherfield classic as she attempts to get her own back on Fern (Gabrielle Glaister).

Fern made her arrival a few weeks ago and had us all stunned when she came face to face with Bernie – as she looks exactly like her.

Initially, their plan was to use the similarities to their advantage. Bernie would head off to one of Fern’s events and pretend to be her and in return, Fern would give Bernie cash.

Sadly though, things have progressed badly as Fern has started committing crimes and framing Bernie, which immediately puts her in a terrible position as truly, who’s going to believe you weren’t responsible for a robbery – but your doppelgänger was?

Struggling to clear her name, Bernie will enlist the help of Howard this week, who turns out to be Fern’s ex-husband.

Bernie will put forward her idea to Howard, explaining they should work together and expose Fern for the con-artist she is.

Next week, as preparation gets underway to stage a fake lottery winner’s party to lure Fern out of hiding, Bernie updates Gemma (Dolly-Rose Campbell) and Paul (Peter Ash) so they can help as well.

When Howard reveals that Fern has been in touch and wants to meet at Freshco’s carpark, Bernie makes her way over.

However, as she waits at the bus stop, a van pulls up, a bloke jumps out, throws a bag over her head and bundles her into the back of his van.

Bernie screams, but will we see her again?

11/08/2022 TV & Movies Comments Off on Bernie dies as she is kidnapped in terrifying Coronation Street scenes?
Recent Posts