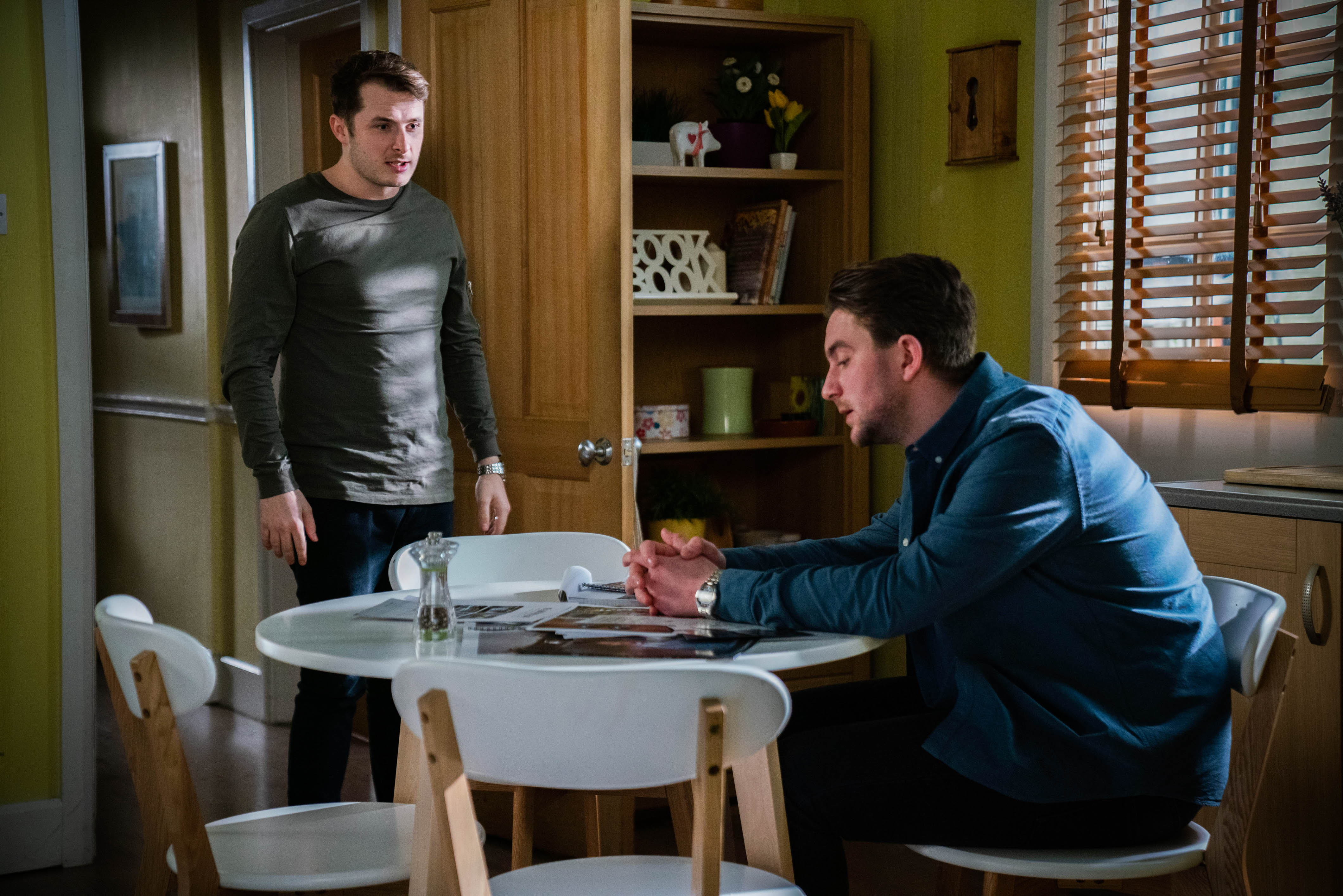 It wouldn’t be an EastEnders wedding without a last-minute hitch. And complications certainly don’t come much bigger than a groom being suspected of murder. Such are the current state of affairs when it comes to the upcoming nuptials of Callum Highway (Tony Clay) and Ben Mitchell (Max Bowden), which are now potentially under threat in the aftermath of the killing of Kush Kazemi (Davood Ghadami).

With the ceremony just weeks away, an already agitated Callum was seen in Friday’s episode in the Minute Mart practising his vows about always being ‘honest’. His words were met with a derisive snort from Vinny (Shiv Jalota), who pointed out that honesty and the Mitchells didn’t exactly go hand in hand.

Now on his guard about the family he was marrying into, Callum’s fears were stoked further during an encounter with Whitney (Shona McGarty) in the Queen Vic. Whit is, of course, convinced that the Mitchells are responsible for Kush’s untimely demise, with his real killer Gray (Toby-Alexander Smith) hoodwinking her into thinking that he’s building a legal case against the family.

When Callum tried to offer some words of comfort to his grieving ex-girlfriend and pointed out that she’s a good person, Whitney blasted back, ‘You value good people, do you? Then how can you marry the worst?’

As he stared at her in astonishment, Whitney added: ‘Wake up, Callum. The Mitchells killed Kush. He grassed them up. And what do they do to grasses? If you’re so sure, look me in the eye. Tell me they had no part in it.’

With Callum unable to meet her gaze, it was left to Whitney to point out that if any doubts existed in his mind, then he shouldn’t be going through with the ceremony. The irony in this case being that despite getting themselves regularly mired in misdeeds, the Mitchells are actually innocent when it comes to the shove that jettisoned Kush from an Underground platform and into the path of an oncoming Tube train.

Next week’s drama on EastEnders will see Callum’s anxieties heighten, the result being that he ends up demanding that Ben tell him whether he’s guilty of the crime that Whitney suspects him of committing. Ben, for his part, denies all knowledge but also makes a plea that there should be no more lies in their relationship.

Taking his soon-to-be-husband’s lead, Callum then makes a surprise confession of his own – during his initial months on the police force, he was tasked with targeting Phil and bringing the Mitchell patriarch to book.

With an angry Ben now the one with trust issues, viewers at home are sure to be left wondering whether either groom will make it to the altar…

EastEnders continues Monday May 3 at 8.05pm on BBC One.