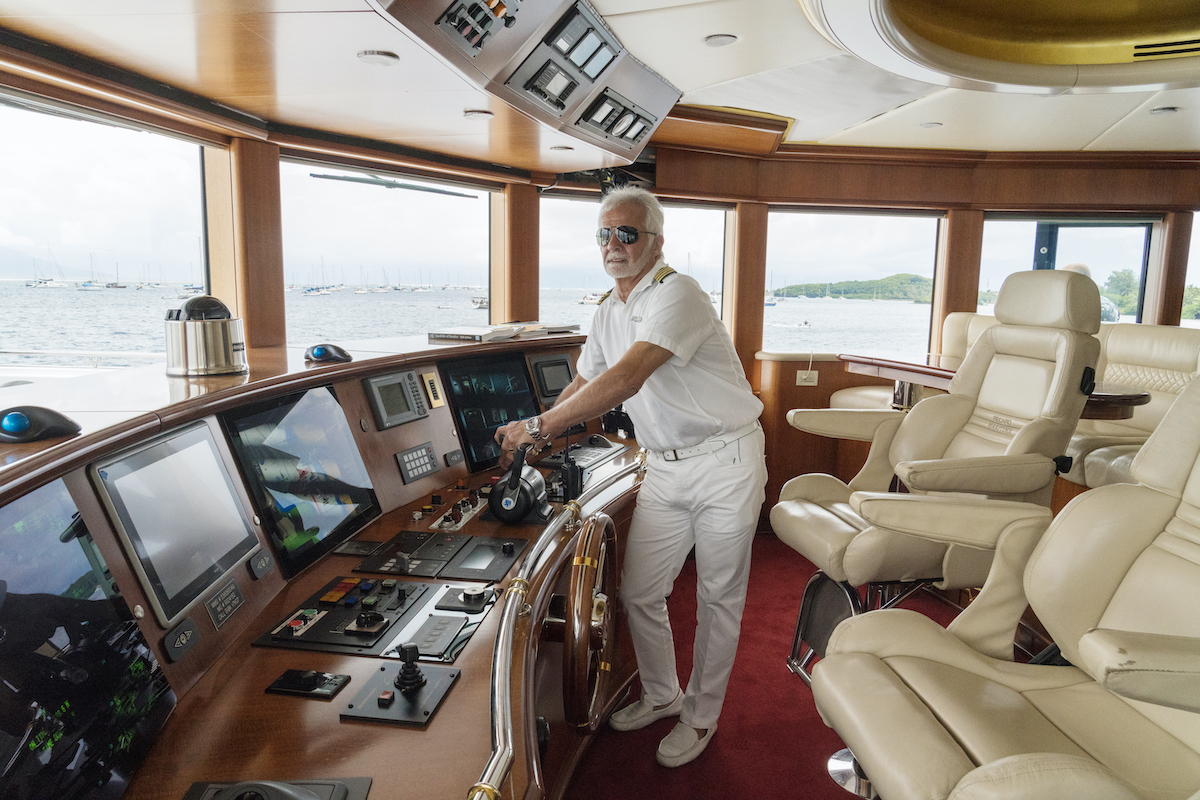 Some fans suggested the “behind the scenes” crew members typically introduced during the first meeting of the season are the real crew. “Marin, David and Warren. 3 guys we’ll probably never see again,” one person posted on Reddit during last season of Below Deck Med. “That and most yacht owners won’t rent them the boats without some real crew,” another person added.

First mate David was involved in determining chief stew Hannah Ferrier’s dismissal and assisting deckhand Rob Westergaard with applying to do the crossing. Some viewers wondered if David was actually the captain of The Wellington.

So are Rosbach and Yawn just “cast” captains and does someone else drive the boat? Rosbach finally answers this burning question.

A Twitter user suggested that producers hire the cast and the first mate is the real captain of the yacht. “Production hires all cast/crew members. Some guests are listed as cast. Capt Lee is cast captain. The first mate (the real Captain) and engineers are original crew members to the yacht. They remain onboard due to insurance reasons. They are often introduced the first episode.

“Sorry to burst your bubble, but I’ve never been a ‘cast Captain,’” Rosbach replied. “Never would, the real Cap, as you call him signs over command of the vessel to me and leaves the yacht. I may keep 1st officer and engineers. My call.”

Chef Rachel Hargrove backed up Rosbach’s comment on the thread. “You are the real Captain!!!” she wrote. “And you have to be one of my most favorite as well. Ugh silly comments.”

“I’m pre approved by their insurance company before we take possession of the yacht,” Rosbach added. “This isn’t my first rodeo.”

Rosbach and Hargrove also shared that producers don’t tell anyone on the show how they should act. Charter guest Charley Walters shared on Twitter that he was told to be demanding and over the top. Rosbach didn’t address Walters’ comments directly but shared that he’s never been told to act a certain way.

“So Charley is apparently saying @BravoTV tells them to be overly demanding…Is that true @capthlr?” a fan tweeted. “Or is he just truly the jackass he comes off as? Nice to see Eddie back as bosun!!! And you back at the helm of course!”

Rosbach replied, “Bravo has never told me to do anything. And I just call Charley high maintenance, but he knows that. Is good to have Eddie back, I agree.”

Hargrove told Showbiz Cheat Sheet producers even apologized to her for Walters’ behavior. Adding, “And in my 14 years that’s the worst charter I ever had,” she said she said about the first group of charter guests. “I think it was completely for air time.”

Below Deck is on every Monday at 9/8c on Bravo.

11/15/2020 TV & Movies Comments Off on 'Below Deck': Captain Lee Says There's No Such Thing as a 'Cast Captain'
Recent Posts
We and our partners use cookies on this site to improve our service, perform analytics, personalize advertising, measure advertising performance, and remember website preferences.Ok