The BBC has refused to comment to Express.co.uk over claims the police were called after a series of complaints were made to the broadcaster which contained threats towards Breakfast presenter Naga Munchetty. It comes after Naga and Charlie Stayt interviewed Robert Jenrick MP last month and poked fun at the size of the British flag which was in the corner of the politician’s office. The impartiality of the presenters was questioned and 6,000 official complaints were made to the channels handlers – most of which were aimed at Naga.

According to Private Eye, the majority of complaints made were classified as showing “overt racism/misogyny” with 70 logged as “abusive”.

Four complaints were referred to the BBC’s security and investigations team because of the threatening nature.

As a result, the police are now involved in the matter. 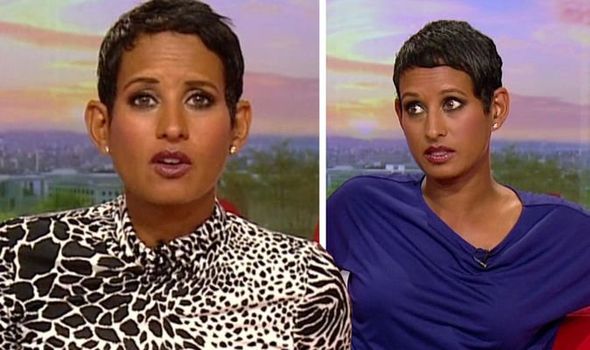 As for what Naga and Charlie said to ignite viewers to complain, at the end of an interview with the Secretary of State for Housing, Communities and Local Government.

Charlie, who had been conducting the conversation said: “I think your flag is not up to standard size, Government interview measurements.

“I think it’s just a little bit small, but that’s your department really.”

Jenrick just smiled and when the camera returned to the studio, Naga was seen sniggering.

“The picture of the Queen there as well though, in Westminster office I assume,” she added. 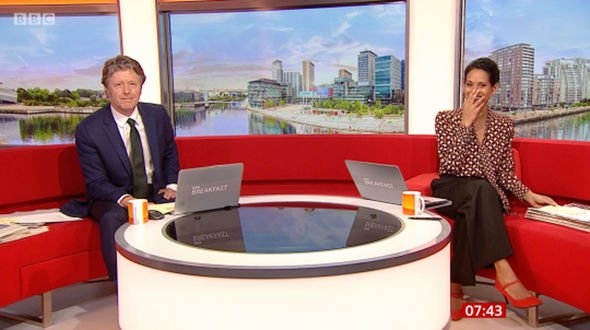 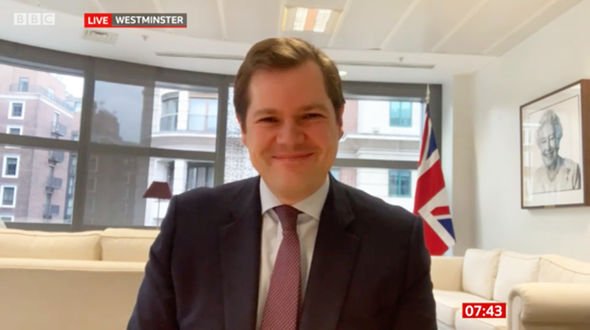 Following her shift, Naga then ‘liked’ several tweets, one of which said: “the flag sh*ggers will be up in arms,” while another read: “should be done every time the Tories roll out one of their talking head ministers”.

Naga was later warned by the BBC about remaining impartial.

Following this, she apologised and took to Twitter with an official comment which read: “I ‘liked’ tweets today that were offensive in nature about the use of the British flag as a backdrop in a Government interview this morning.

“I have since removed these ‘likes’. This does not represent the views of me or the BBC.

“I apologise for any offence taken.”

“Nothing should appear on your personal social media accounts that undermine the perception of the BBC’s integrity or impartiality,” it reads.

Naga and Charlie were both warned by the BBC about remaining impartial.

A response said: “We received complaints from people unhappy with a comment Charlie Stayt made about the flag in the background of an interview and Naga Munchetty’s subsequent activity on social media.

“At the end of a long, serious interview with the Housing, Communities and Local Government Secretary Robert Jenrick, Charlie Stayt made an off the cuff remark about the size of the flag behind Mr Jenrick.

“It was meant as a light-hearted, off the cuff comment and no offence or disrespect was intended.

“Naga and Charlie have been spoken to and reminded of their responsibilities, including the BBC’s impartiality and social media guidelines.”

BBC Breakfast airs every days at 6am on BBC One.