IT'S had us all playing detective for seven weeks – and after Sunday's Line of Duty, many fans are still trying to work something out.

How did it all go so wrong? 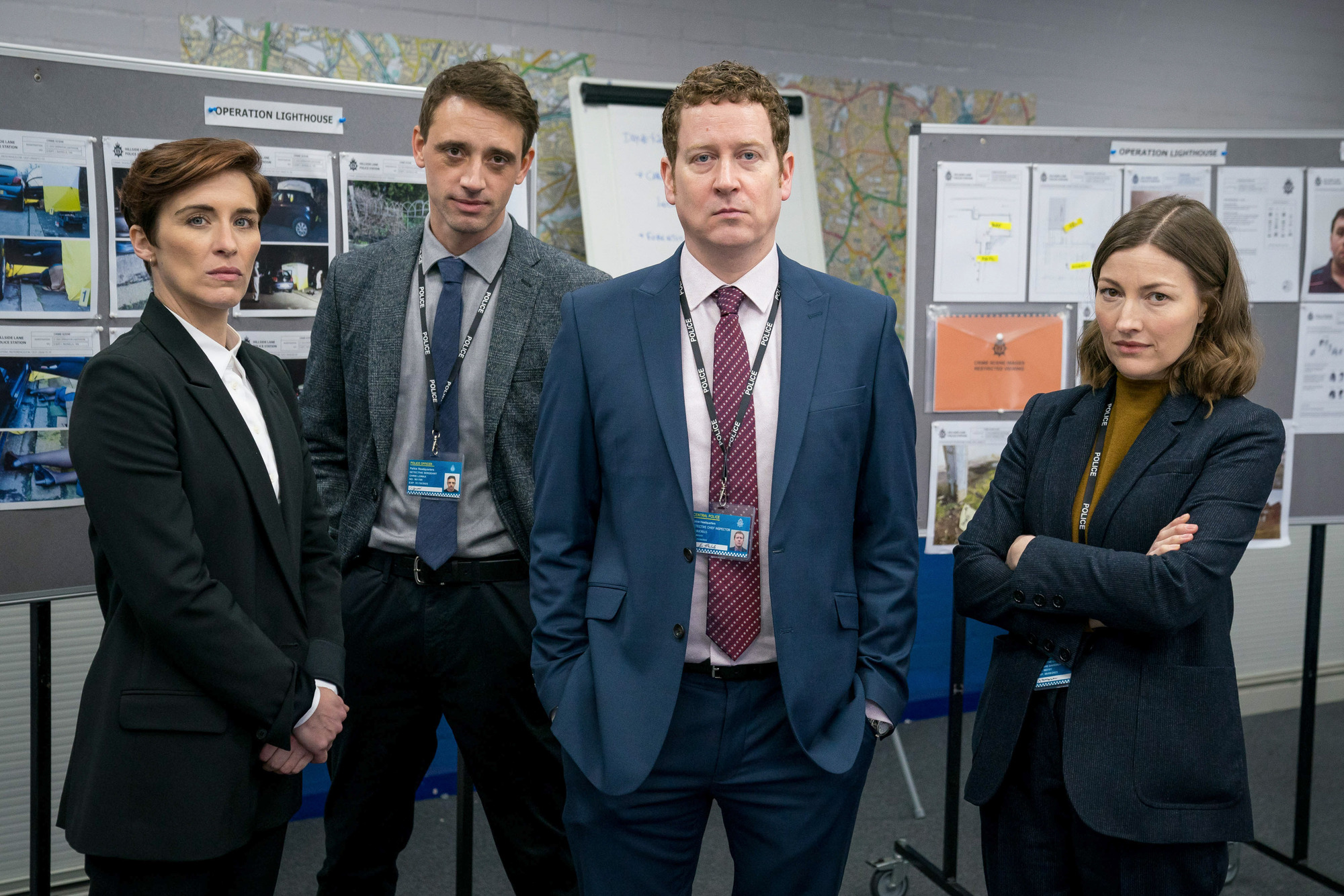 The nation has been gripped by series 6 and the hunt for "H" or "the fourth man," the bent copper lurking amongst the fictional crime drama who was in league with the OCG (Organised Crime Gang).

And Mother of God, it wasn't who we were expecting.

Neither could the fans. Almost 13 million viewers tuned into the BBC One show, but plenty vented their fury and disappointment on social media afterwards.

Others reckon the big reveal was a good twist.

For the DIR, we interrogate Sun readers for their verdicts. So, was writer Jed Mercurio guilty of a terrible ending or not guilty? 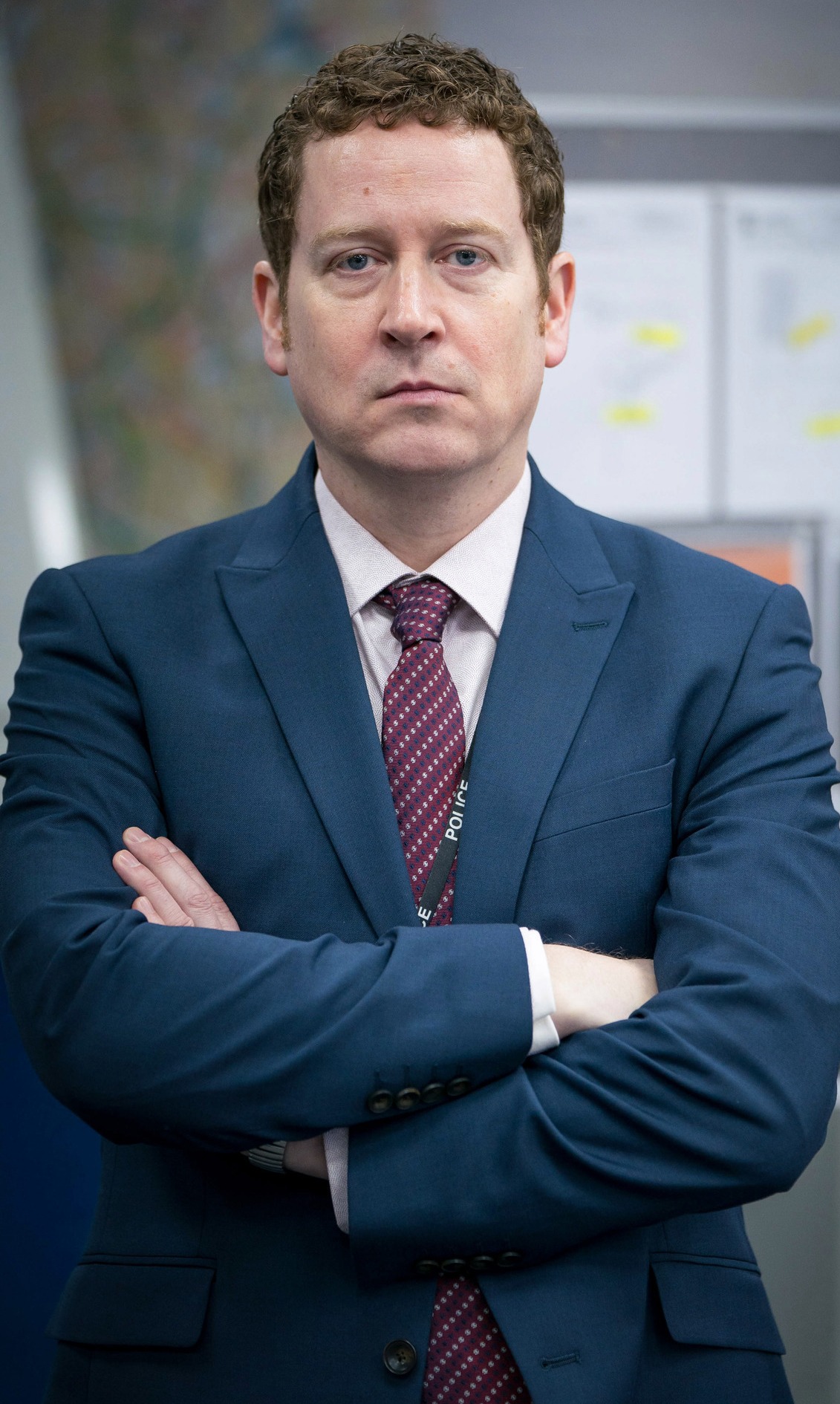 Mum-of-three Emma Bradley, 45, a blogger from Gloucester, said: “I was expecting high drama, another twist or turn like we have to come love and expect from Line of Duty but instead I felt it whimpered out and I was left waiting for a shock that didn’t really come.

"It did tie things up but in a subtle fizz rather than the big bang I hoped for.” 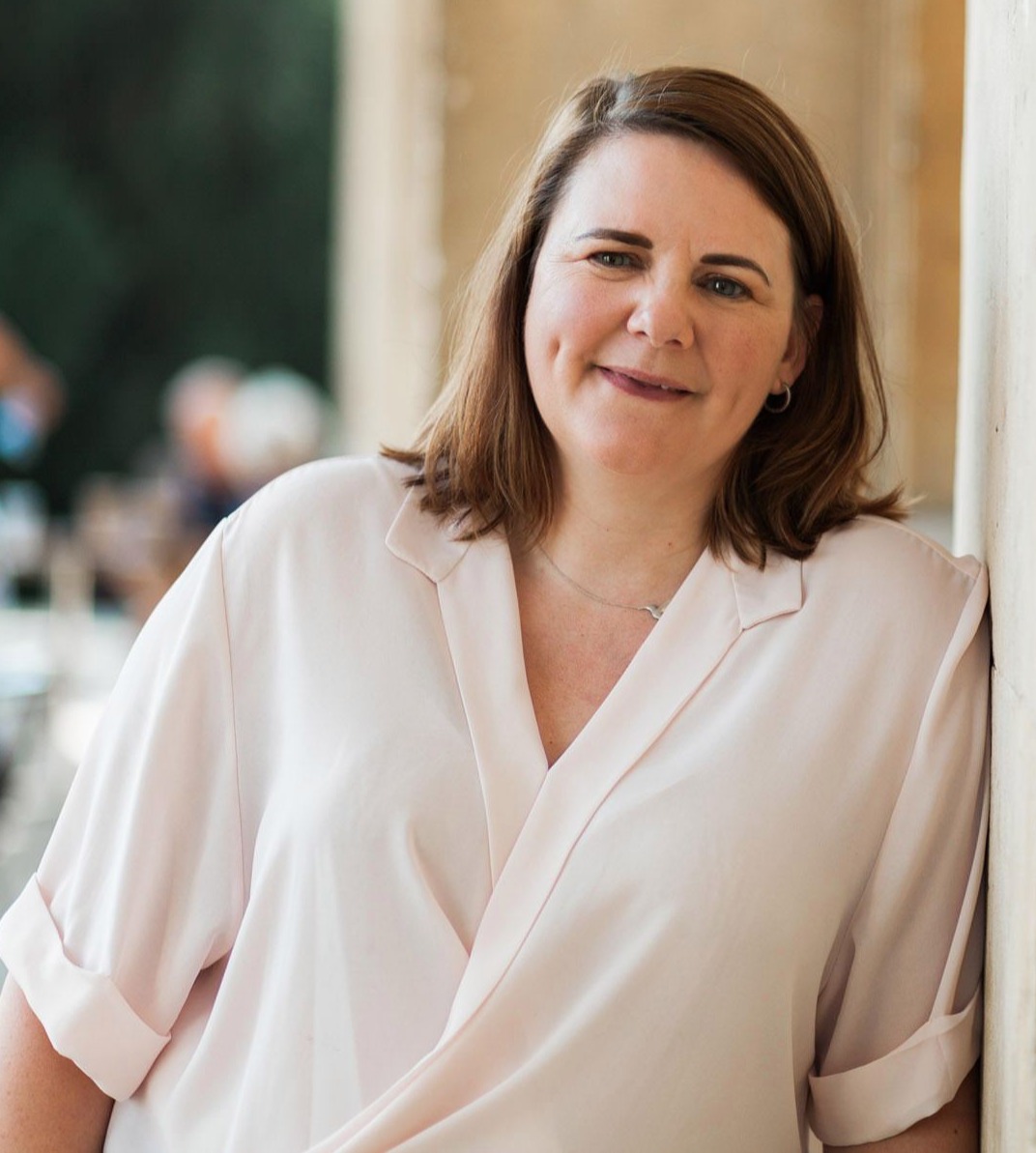 Mahmood Reza, 59, who runs accountancy firm ProActive Resolutions in Leicester, said: “Verdict from a big fan was Anti Climax and was that it?

"It’s like the excitement raised when England manage to get through to the final stages of a football tournament.  You are pumped up, super excited and then deflation when they play below par.  It’s almost as if the writers lost interest. I have watched all the series, no doubt there will be another one.” 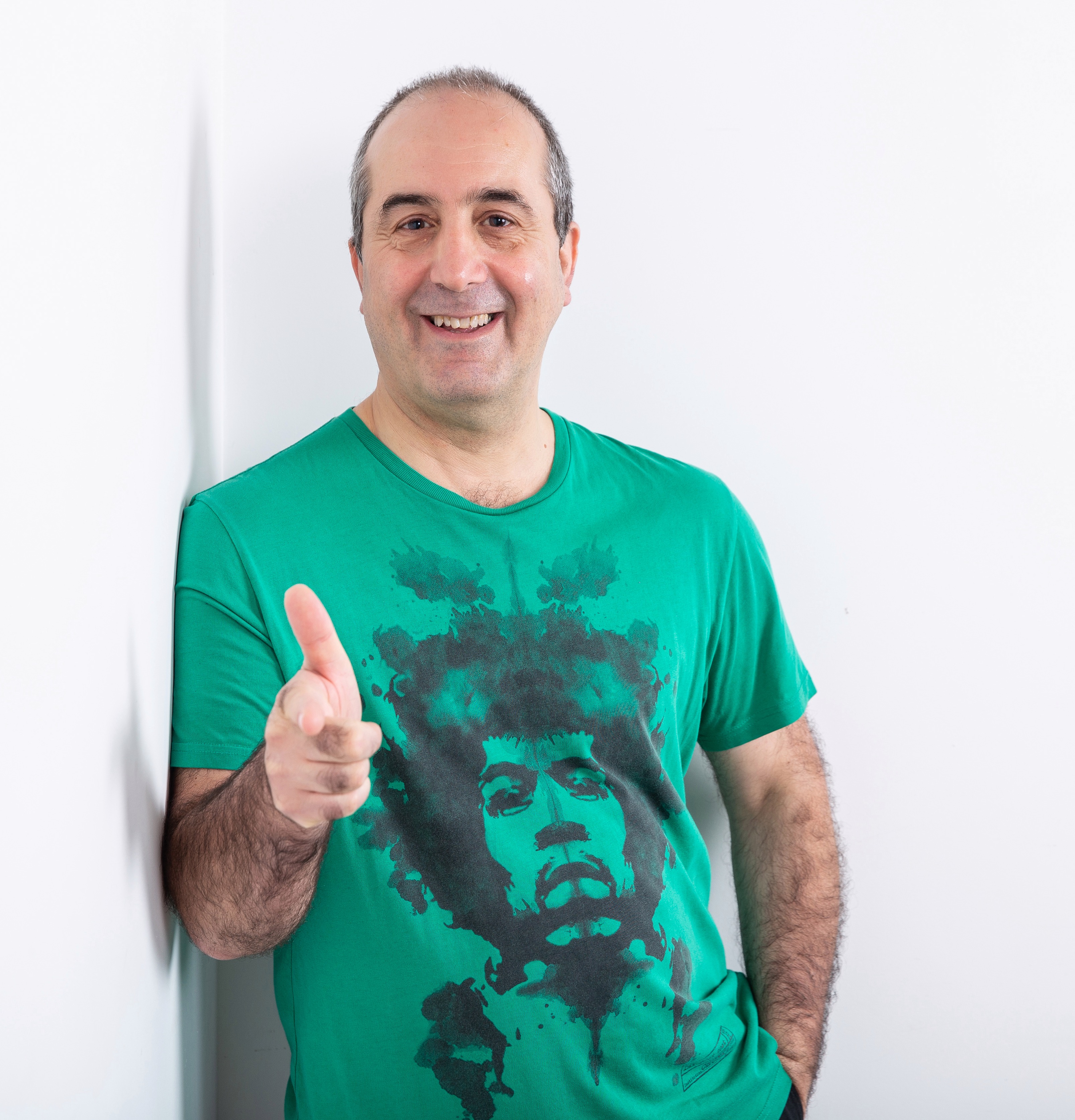 Mum-of-two Melanie Adkins, 45, a child and educational psychologist, said: “Disappointed doesn’t even cut it! The hype was intense.

"I felt nothing really happened. The solution to the widely contested puzzle was as obvious as you like and a real anti-climax. 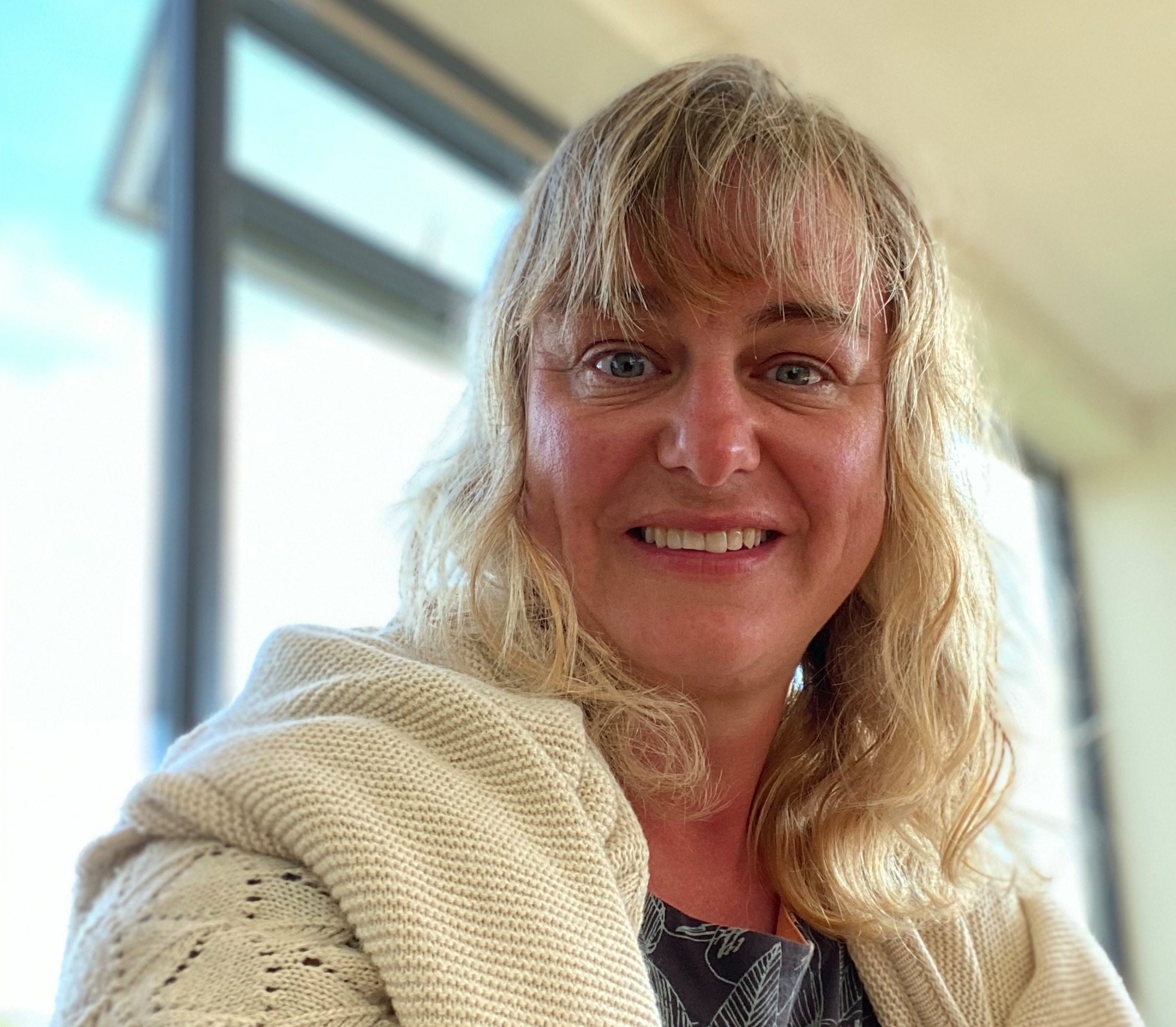 "The only good part for me was the final lines about Terry Boyle (the man with learning difficulties who had been framed for murder) that suggested he had been moved from the crime circle and an investigation was underway into how he was harmed over such a long period of time. This was the only tiny bit of satisfaction I received.”

Michelle Davison, 36, from Newcastle upon Tyne, runs educational toy shop AMDandME, said: “I've watched every single episode since it started and to be honest the final episode left me a bit deflated, although I'm not 100 per cent convinced that's the end of the story.

“I don't think Buckells is H, I think he's involved but taking orders from someone higher. I hope there's a series 7 because that ending doesn't do justice to the entire show!” 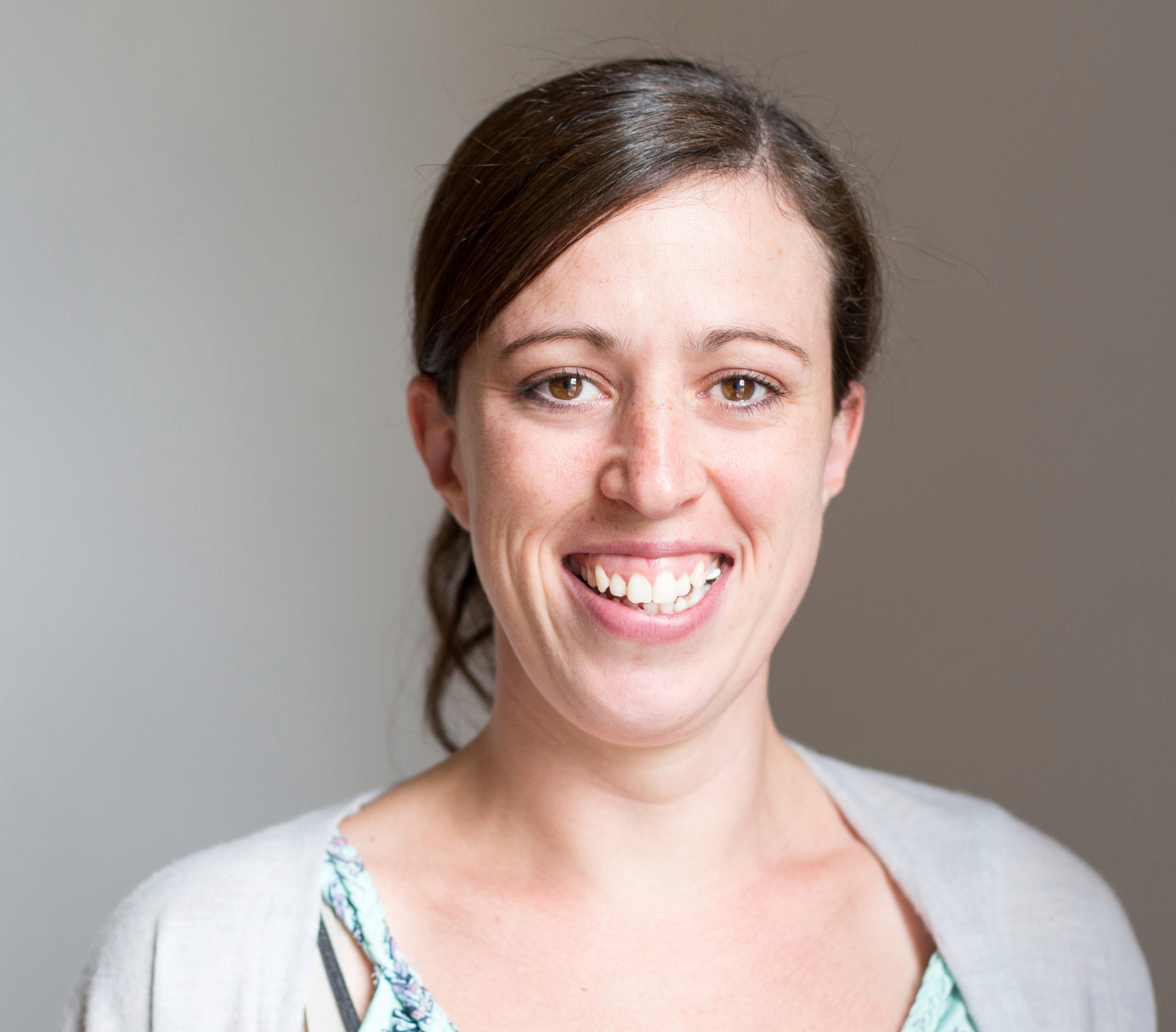 Mrinalini Raman, 38, a luxury party planner at Party Genie, from Welwyn Garden City, Herts., said: “Like everyone else, I too thought the ending was extremely disappointing. I am guessing it left a lot of us feeling underwhelmed.

“Everyone was expecting something spectacular and memorable but the last episode completely failed to #Buckellup. Can’t believe I watched six seasons for this.” 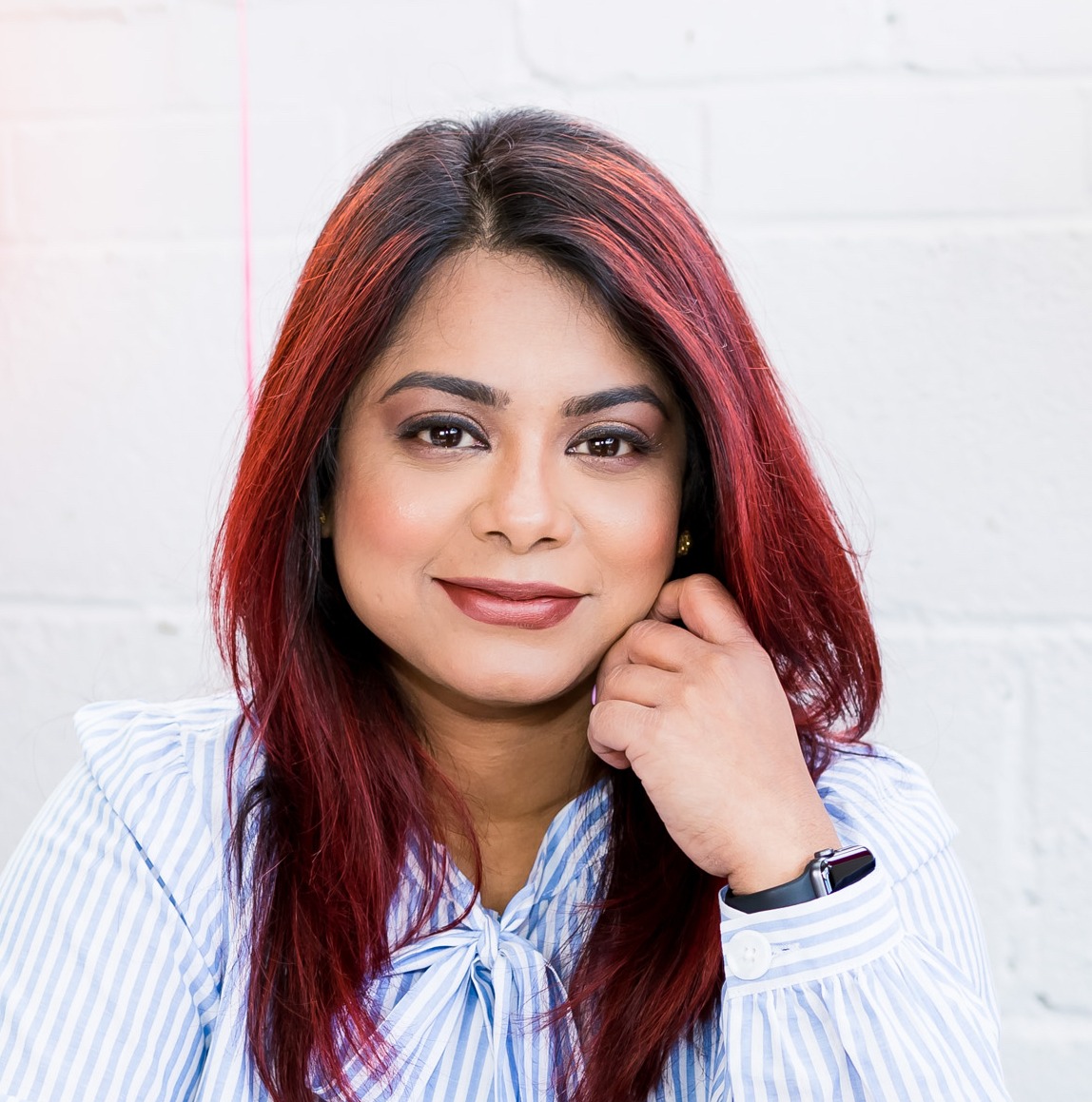 "What about the wee donkey?"

Andrew Middleton, 62, a life coach from Hampshire, said: "I don’t know whether to laugh or cry, I feel whole unfulfilled by the ending.

"Where was the hearty meal of conclusions? Were they just suppressed by senior officers? What happens to the incredible three? And the wee donkey?" 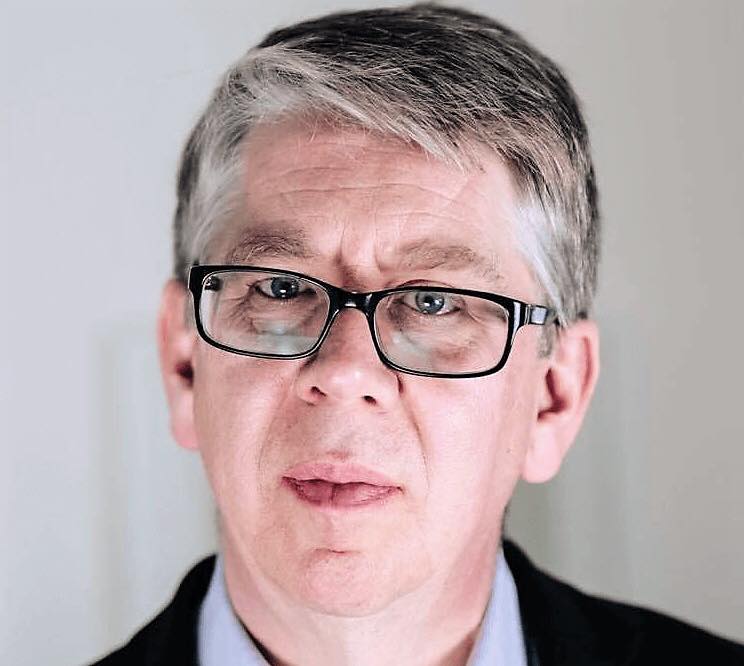 Caroline Thompson, a 34-year-old mental health charity worker, from Newcastle, said: "I felt like the way they finished it off was weak.

"I think they left loose ends in so they can do another series.

"The penultimate episode was so good and the rest of the series was
fantastic." 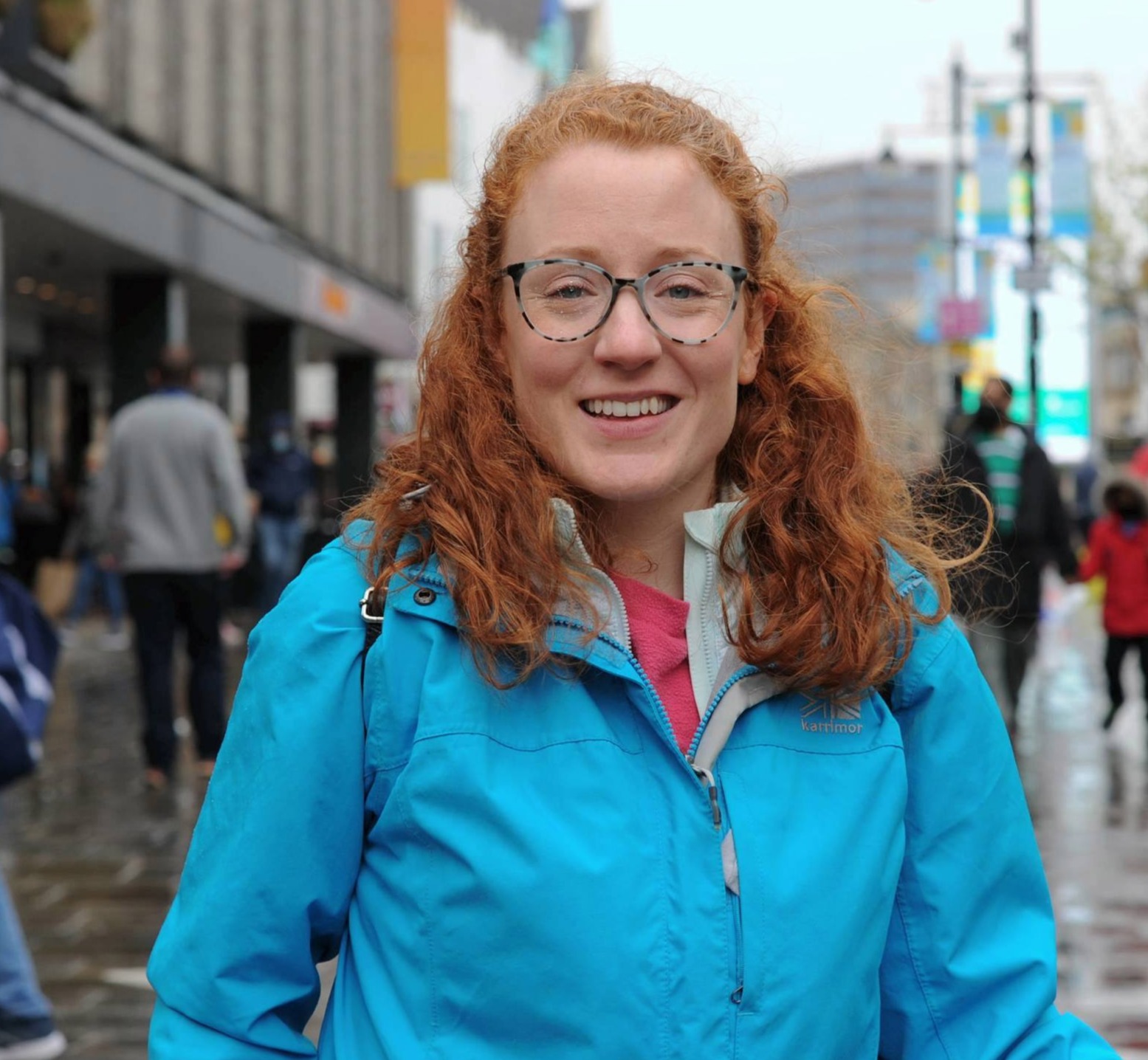 Metal worker Duncan Graham, 59, of Newcastle city centre, said: "I'm not
that bothered if there isn't another series.

"Overall I think it's been excellent, but it has failed itself in the
ending." 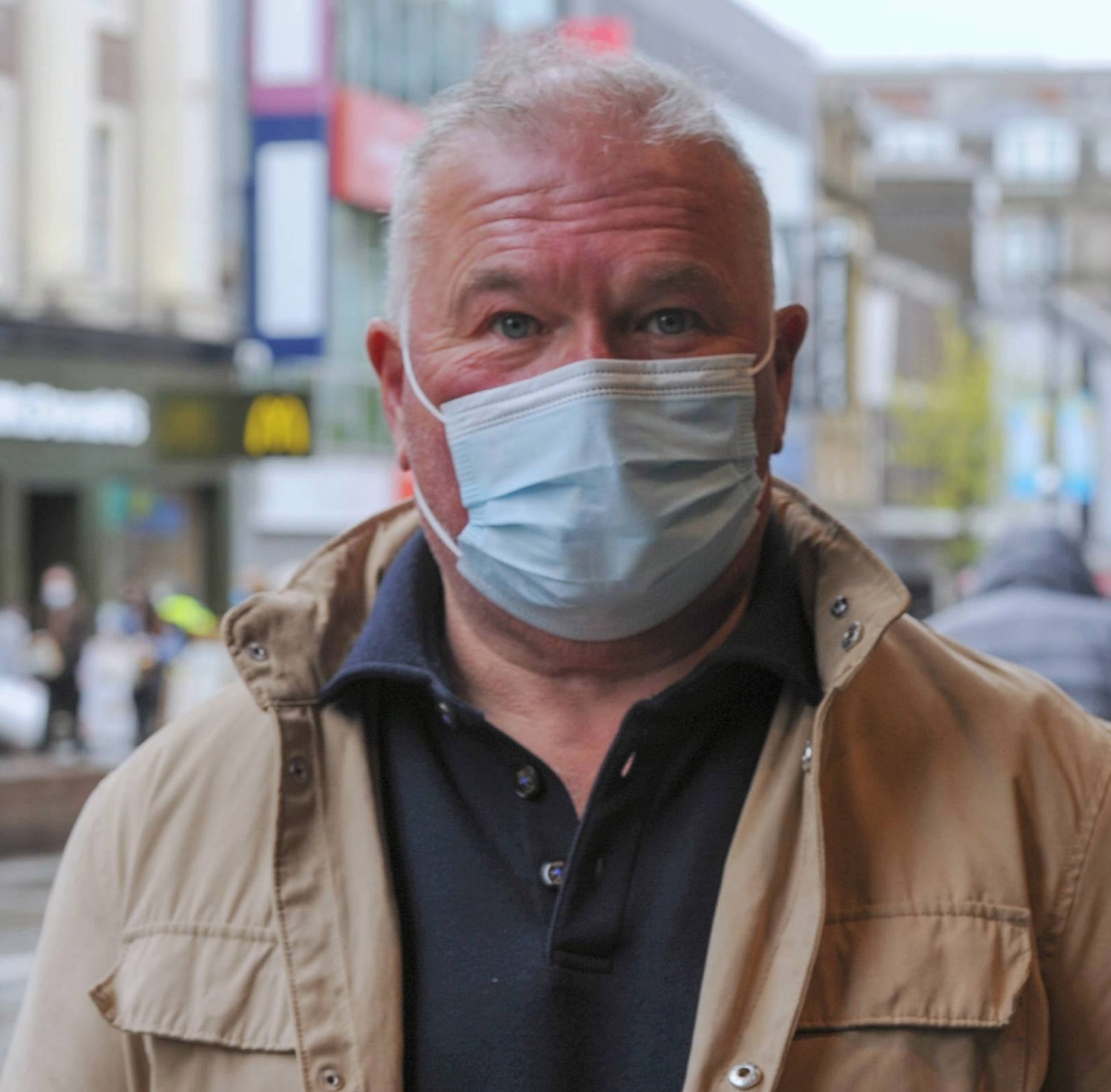 Stay-at-home mum Emily Jamieson, 30, of Gateshead, said: "I was quite
disappointed because there's normally lots of twists and turns but this
episode was quite straight forward.

"I feel it could have been wrapped up in six episodes rather than seven but
my
partner thinks the opposite and he quite liked it.

"It was dramatic, but not as dramatic as it should have been." 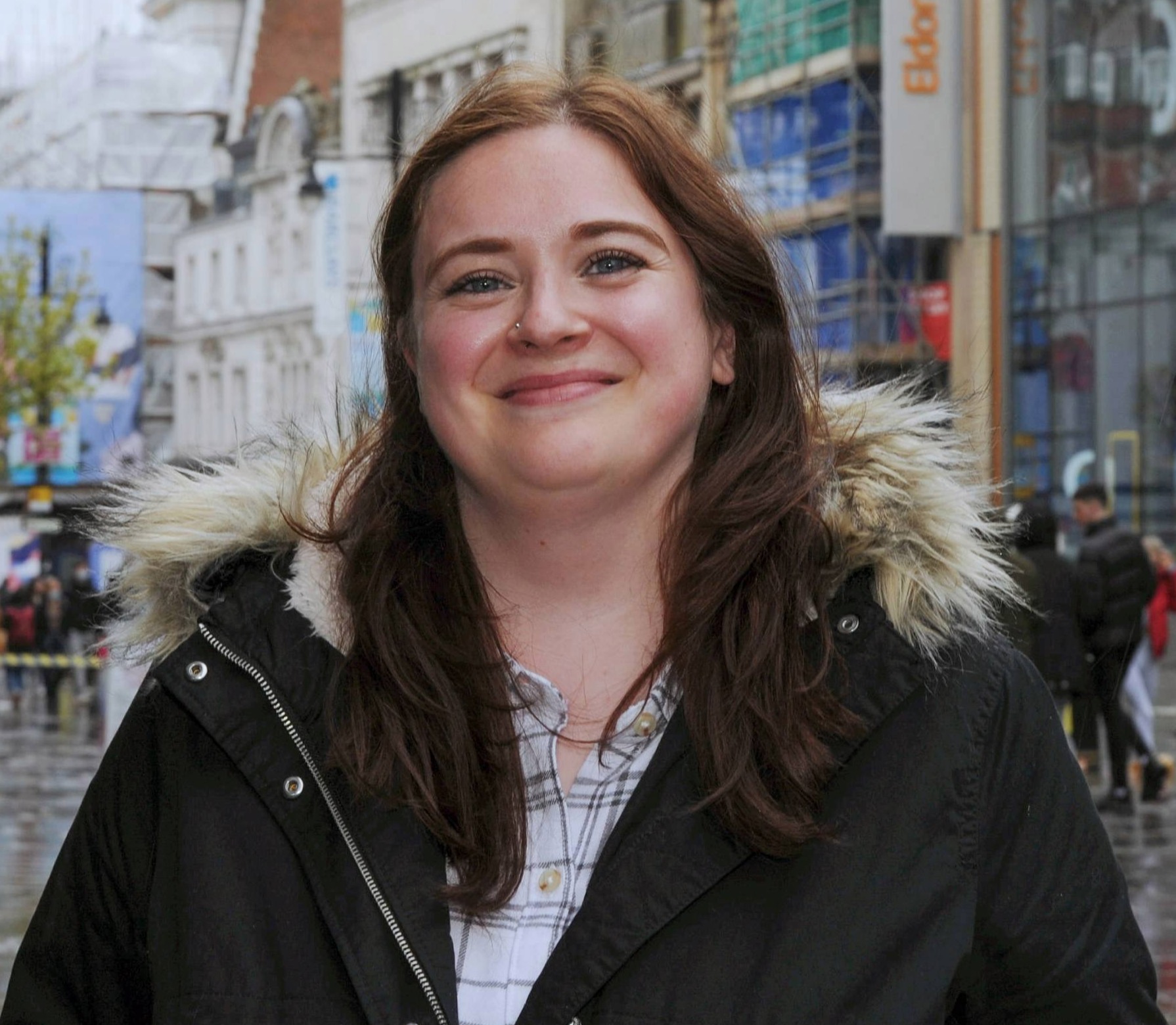 Jayne Winnick, a 56-year-old financial services worker from Leeds, said: "I fell asleep half way through, which isn't a good sign.

"I woke up in time for the big reveal and was just left feeling really let down.

"I didn't think in a million years they would go with Buckles, he's such a wishy washy character.

"I really thought they were going to come up with something special but apparently not." 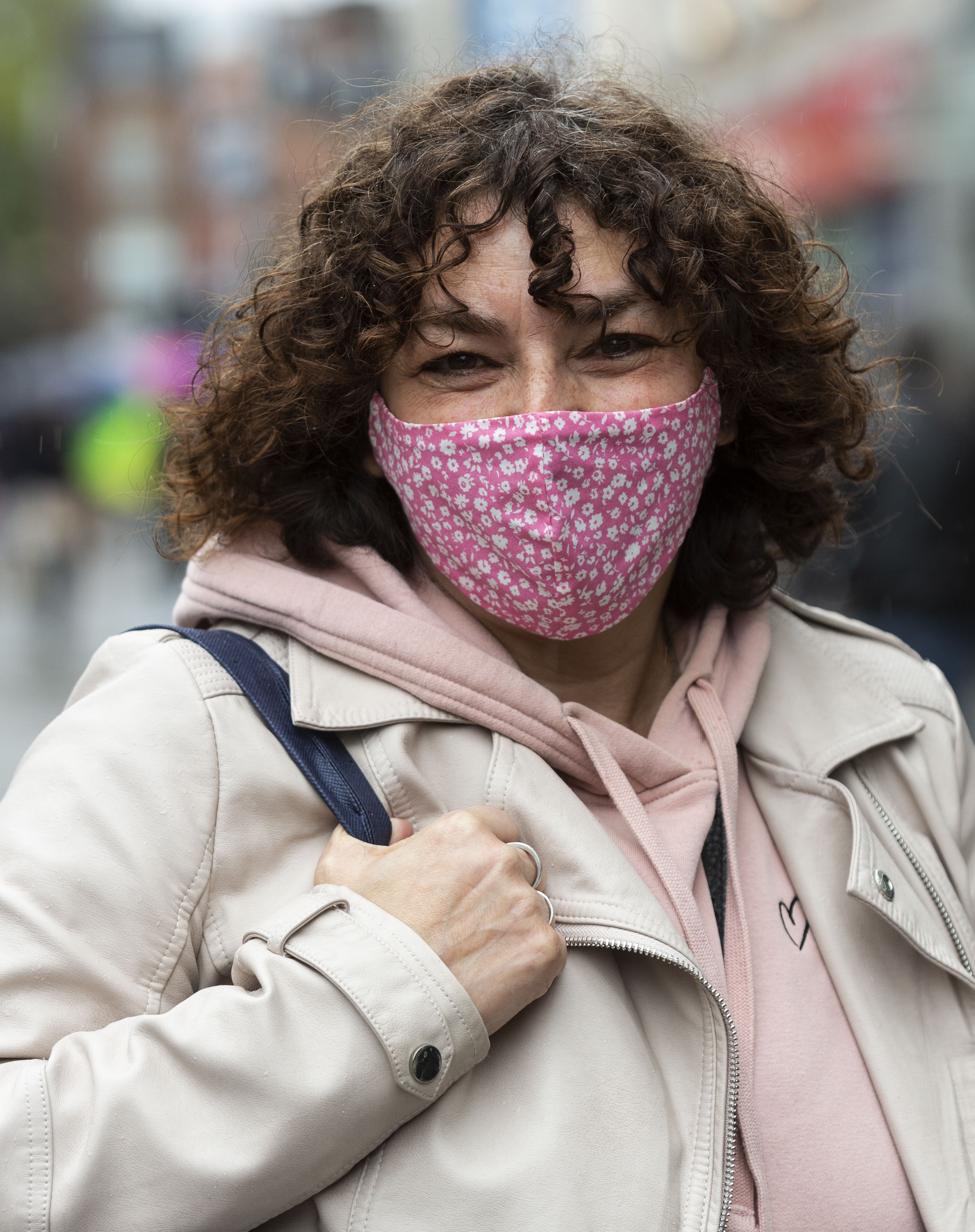 "Bit of a genius"

Marianne Rizkallah, 32, a therapist from North London, said: "I’m in the minority that enjoyed the ending – as a therapist for my day job, I thought it was much more realistic to have someone just greedy and incompetent than a criminal mastermind.

"I think Jed Mercurio’s a bit of a genius for tying the storylines in so closely with real life events and if it makes people think and look more critically at organisations then that’s a good thing. We know corruption exists in so many organisations, and that high profile people are far from exempt." 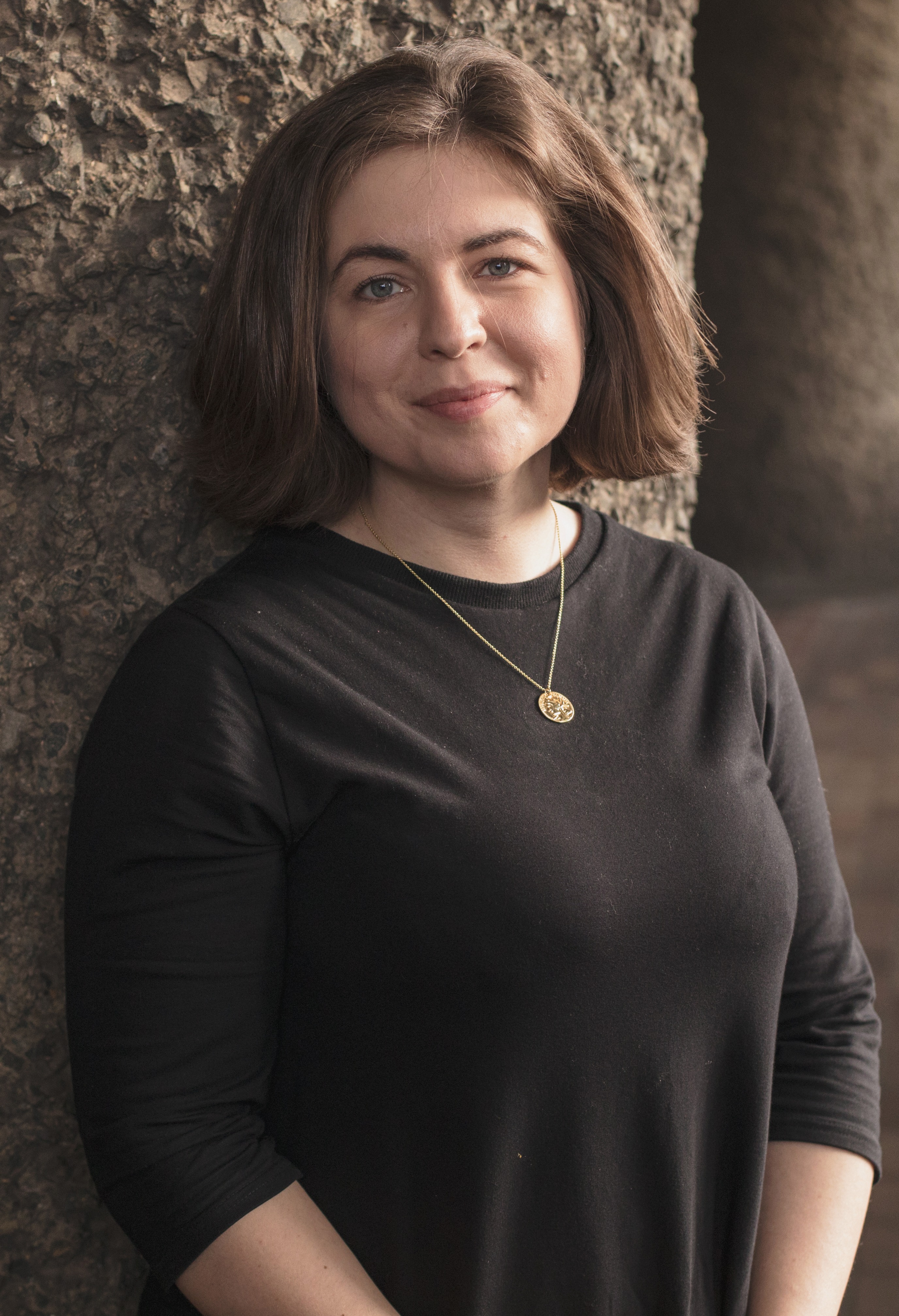 Tracy Hoskin, 56, an operations manager from Stourbridge, West Mids, said: “It was a bloody fantastic finale, the best programme on the telly at the moment.

“I really, really liked how the bumbling sergeant was the fourth man.

“It was really unexpected but fitted well. I also liked how he’d been there in the wings the whole show, hiding in full sight.

“The scene in the interview room where they slotted all the evidence together was really clever. " 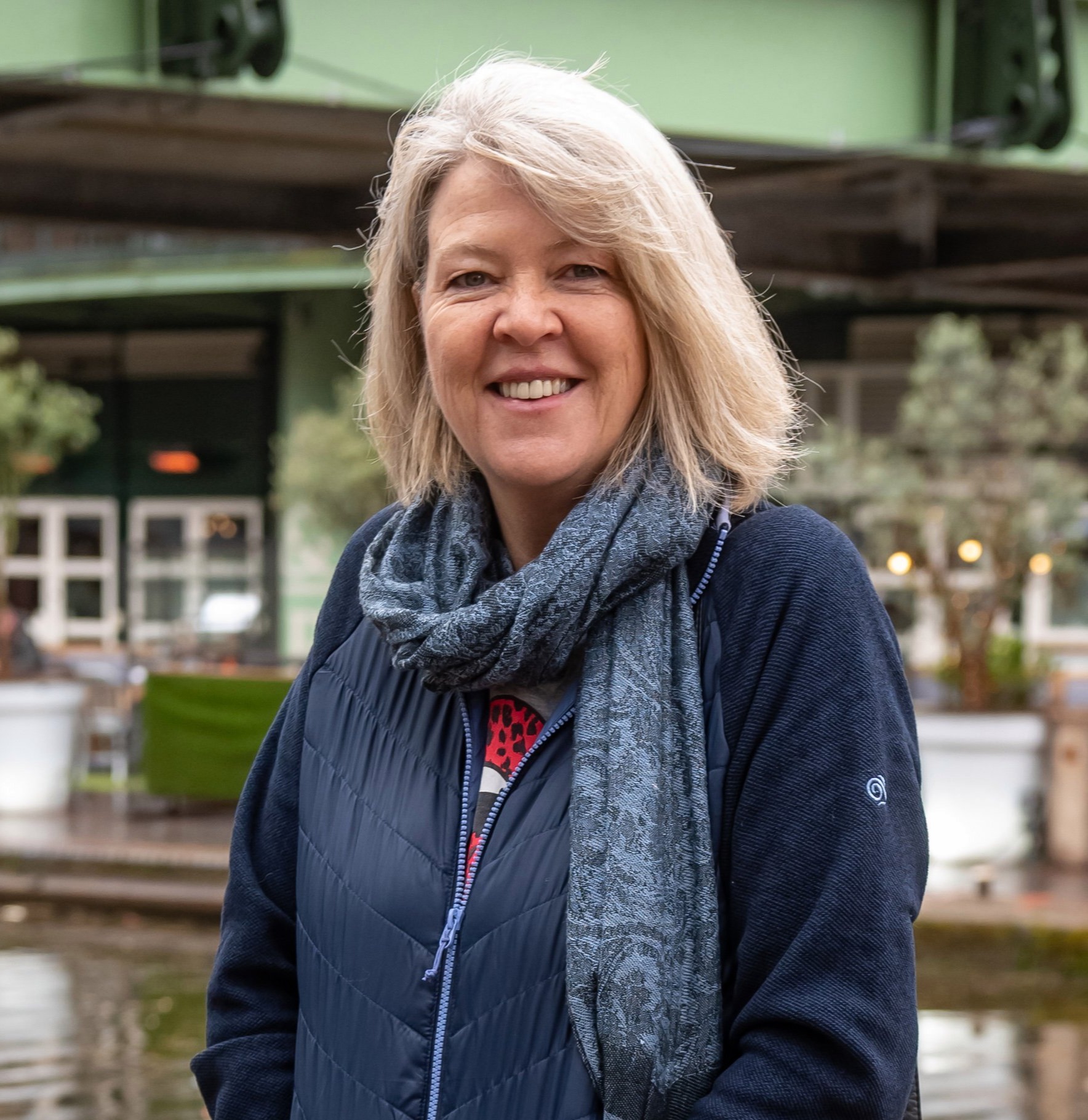 Nigel Edwards, 57, a chef from Warwick, Warks., said: “I was gripped from start to finish especially during the interview scene.

“I liked how they put all the evidence together and did their homework to nail Buckles.

“Something doesn’t ring true about him being the corrupt kingpin.

“I reckon he’s just a lackey and there’s some bigger pulling the strings.

“It was a great twist I didn’t see coming." 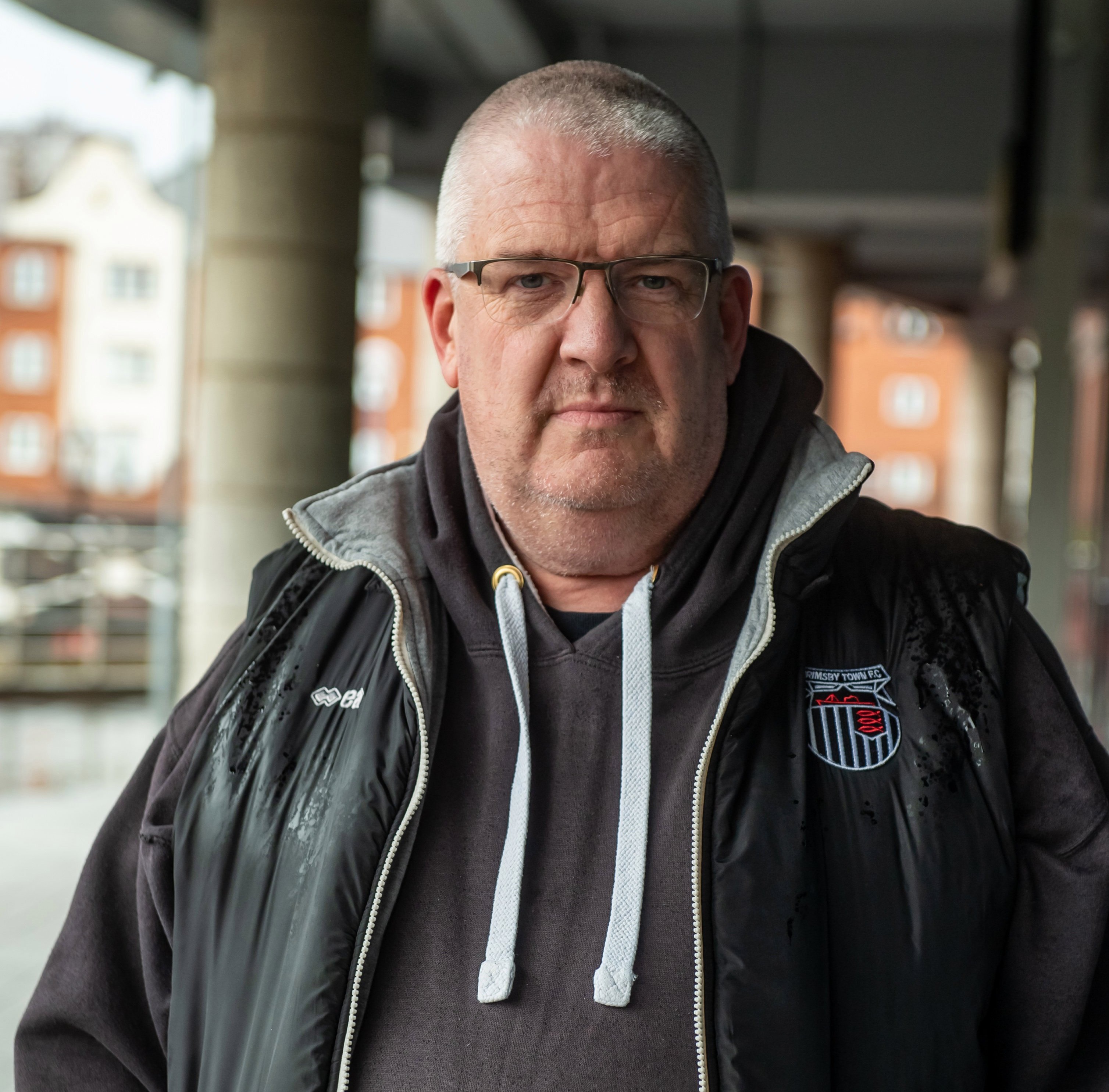 Joy Persaud, 51, a writer from Brighton, East Sussex, said: “I think the finale was spot on.

"Having included storylines that have called to mind real-life crimes, such as the Stephen Lawrence and Christopher Adler murders, plus the Jill Dando shooting and high-level investigations into paedophilia, I think it was only right that there was no James Bond-style denouement.

"The lack of a crash, bang, wallop climax is – sadly – reflective of reality. It was a brilliant series and I can only hope there is another brewing.” 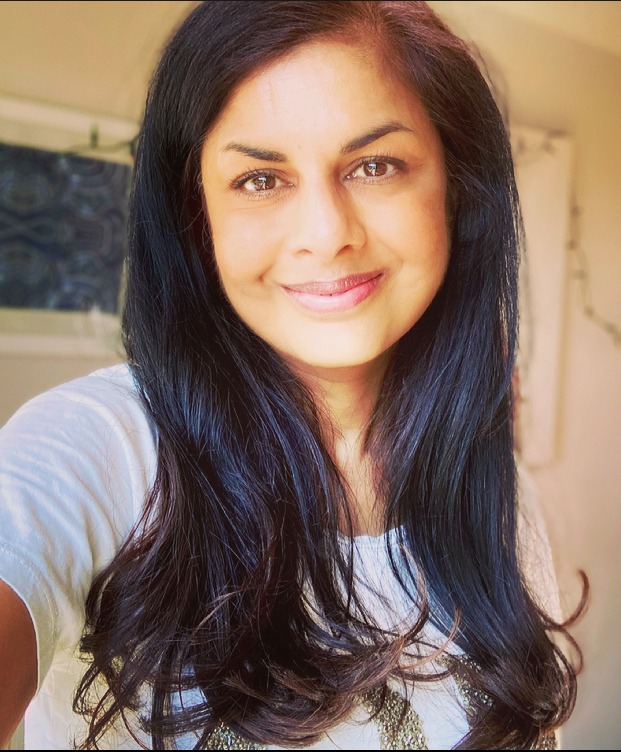 Chris Foster, 24, Chemistry PHD student from Milton Keynes, said: “I really liked it although I’ve seen a lot of people saying they hated it.

“I thought the social commentary on systemic corruption and someone failing upwards was really clever.

“As a political parable it worked really well.

“I liked the continuity of ‘H’ being someone who had been there from series one.

“There’s more to find out but I think that's a good point for it to end with a bit of uncertainty.

“I get the feeling the whole of that police force is corrupt and Buckells was by no means the last man.” 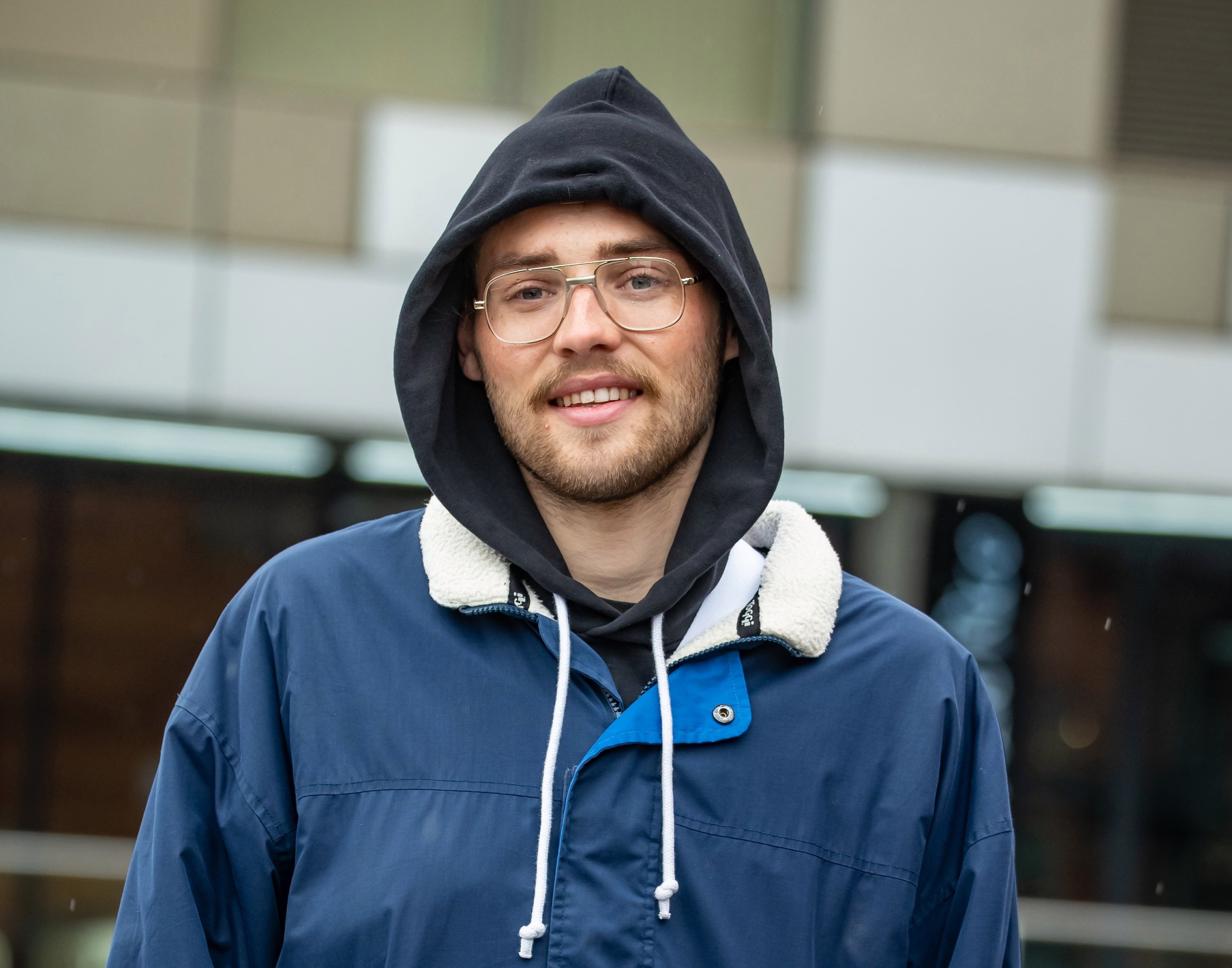 Joe Donnison, 31, a sales manager who lives on Newcastle's Quayside said: "I thought the ending was alright. I was quite happy because every other

character would have been too obvious to have been H.

ending to what everyone expected." 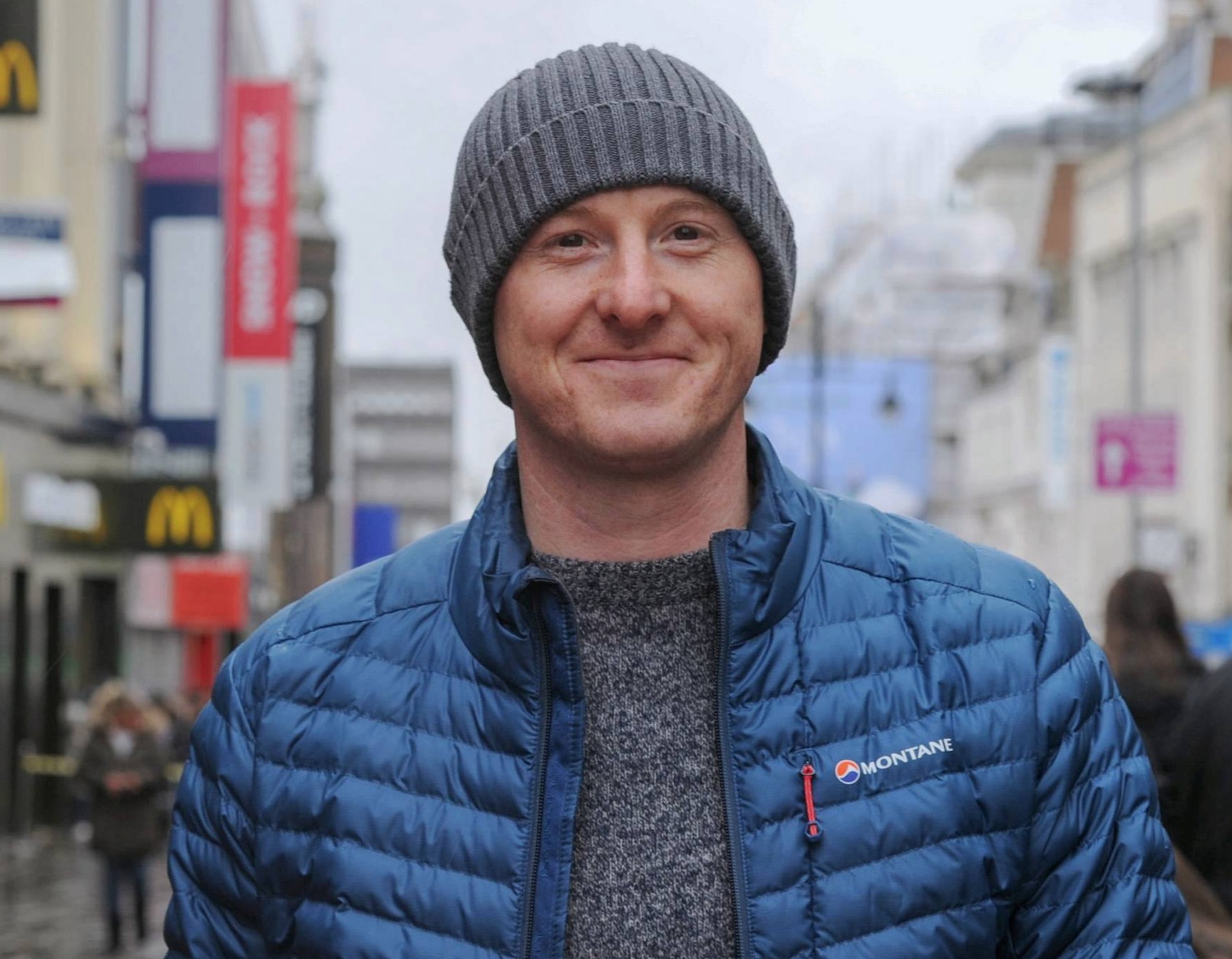 Josh Slater, 23, a sociology student at Northumbria University, said: "As

the story progressed, everything made sense, but it felt a bit like it just

identity of H. It was a surprise to me and I thought they did it really cleverly." 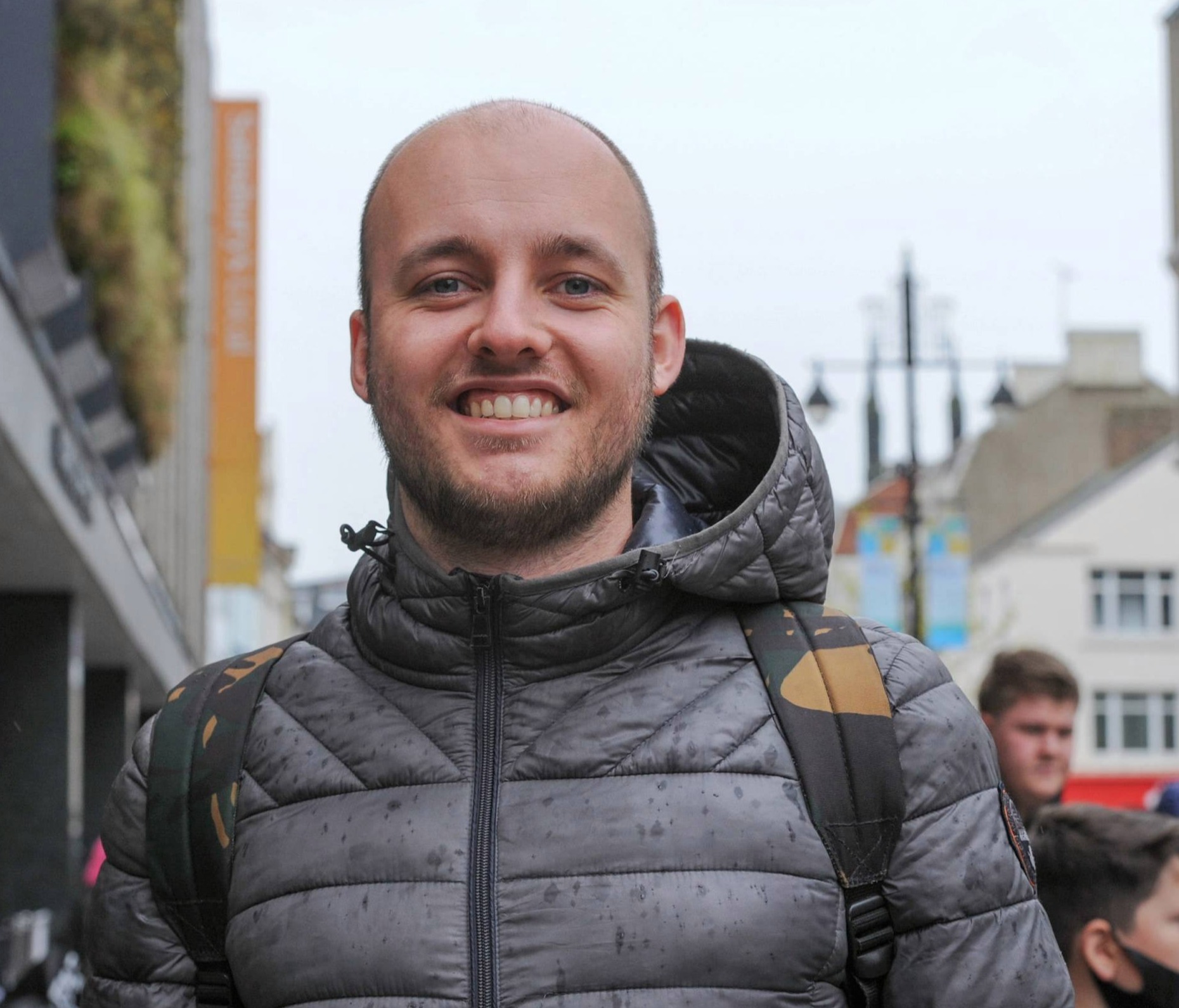 "I know everyone is jumping up and down today about it but I really don't think it was all that bad.

"People wanted there to be some kind of extravagant ending but in my opinion it's not that kind of show.

"It's quite a realistic depiction of how the police work and I found last night's ending to be the same.

"I think they tied up all the loose ends quite nicely and set it up nicely for another season. I'll definitely be watching." 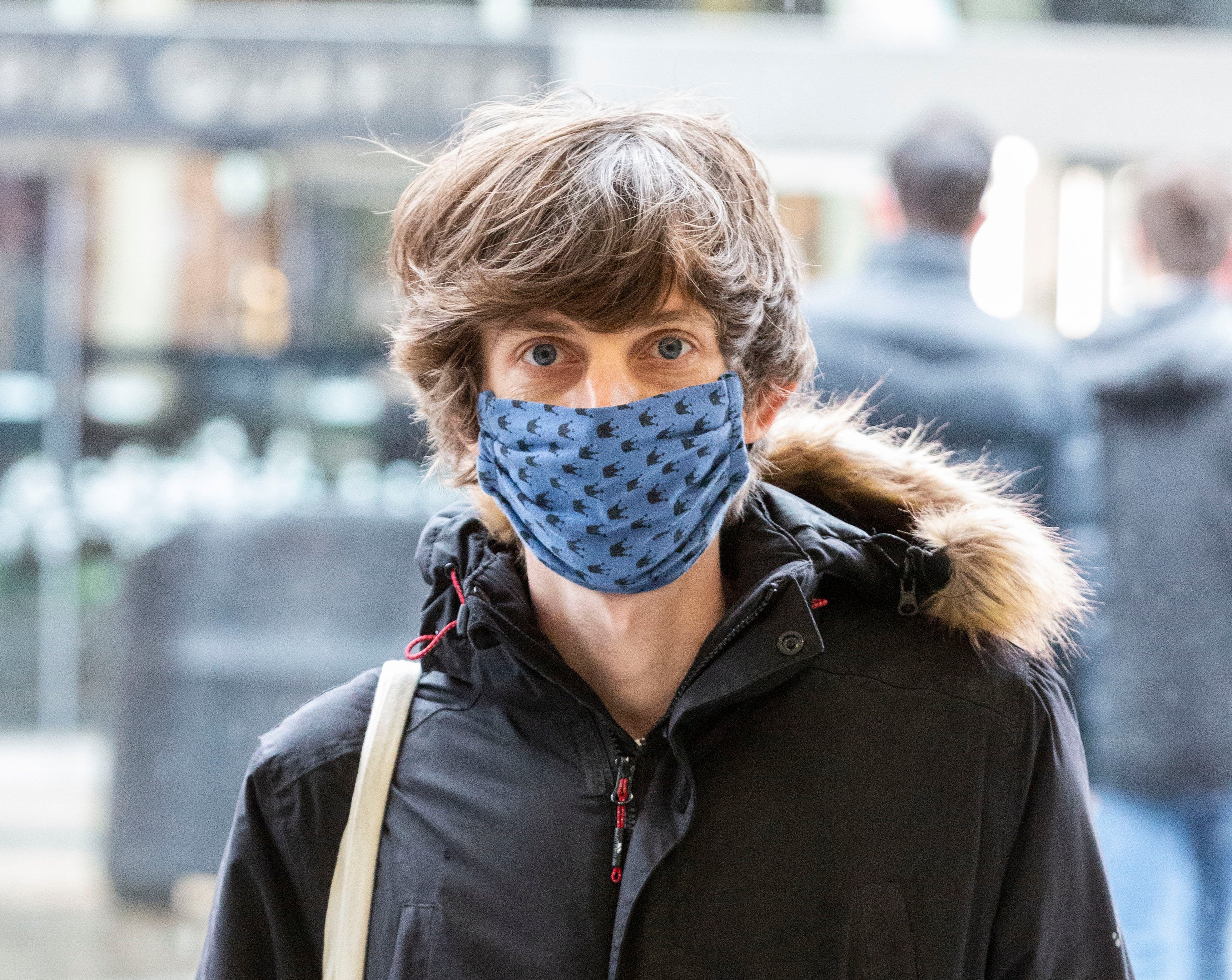 Andrew Emmerson, 28, from Gateshead and works in customer relation management said: "I enjoyed it and thought it was really good.

"It wasn't very climatic and it lacked tension compared to earlier
episodes, but I liked the message it sent about getting more funding into the police.

"I never guessed who H was. I thought it might have been the character
James Nesbitt played or the Chief Constable.

"That was a bit of a surprise. They've finished it at a good point but I
think it's great TV so would be happy with another series." 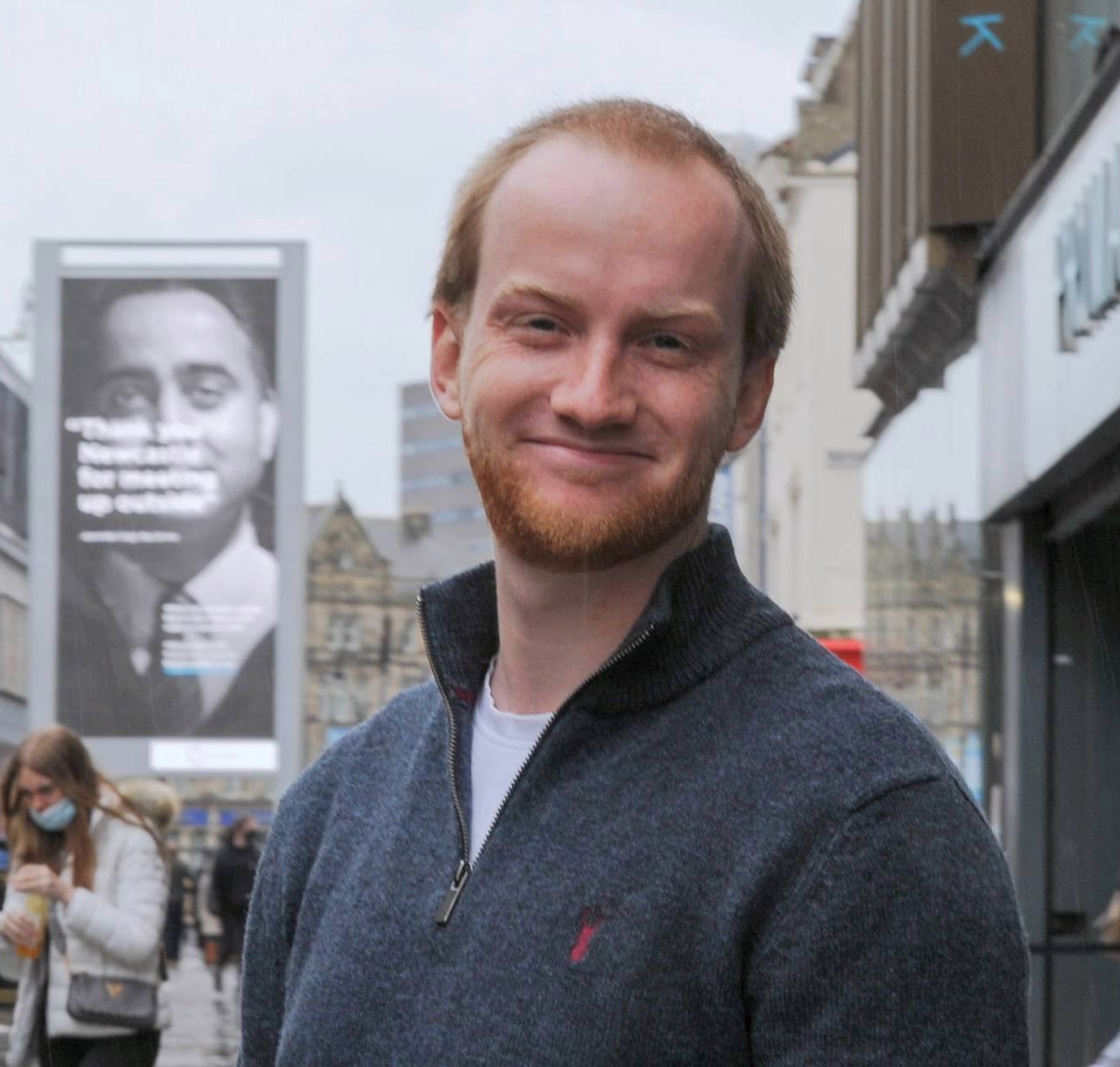 05/04/2021 TV & Movies Comments Off on Anti-climax or genius? Line of Duty fans are torn over THAT controversial series finale as "H" is finally unmasked
Recent Posts