In the recording, shared exclusively with The Sun, the singer — who died from alcohol poisoning ten years ago today aged just 27 — confessed she drank every day. 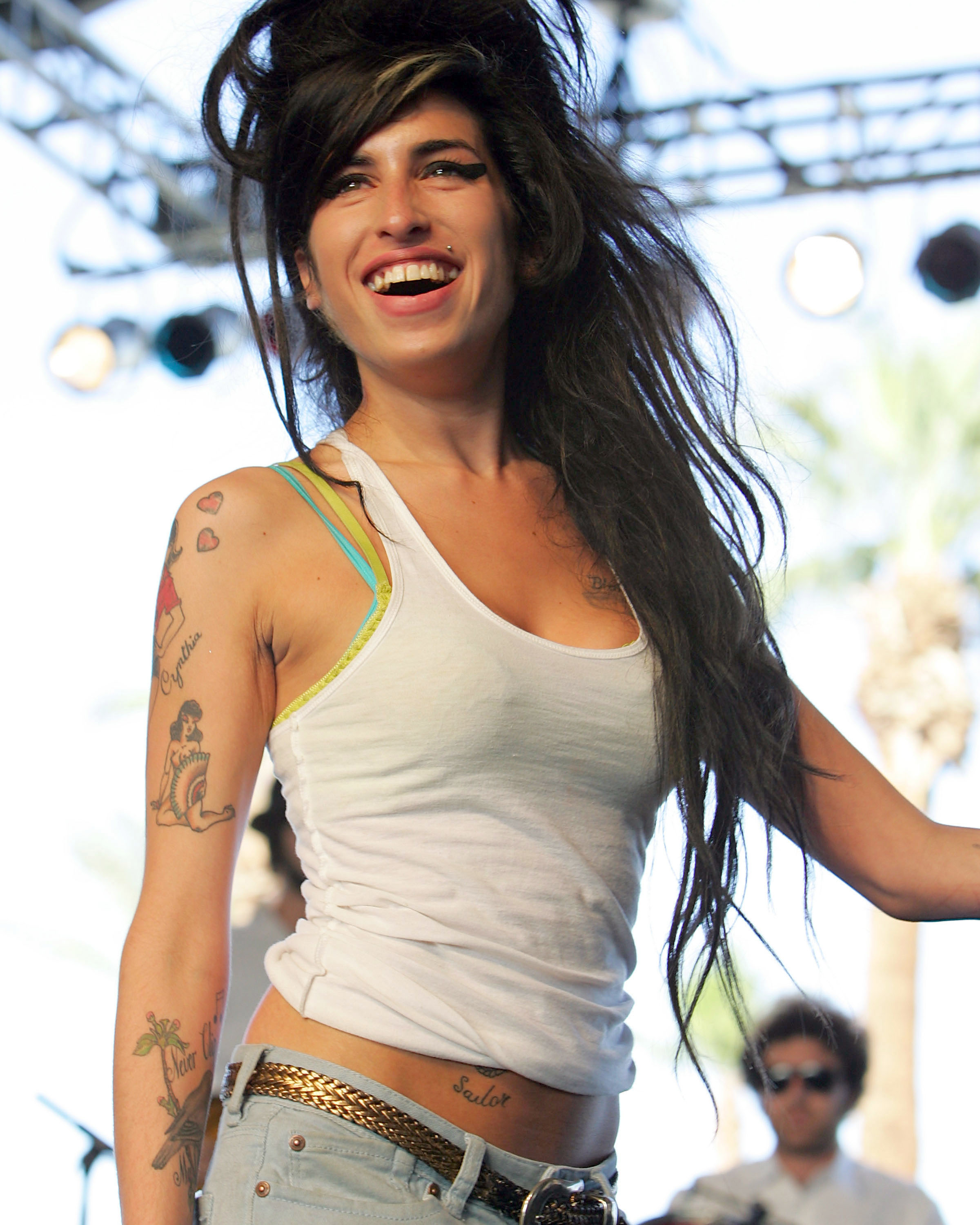 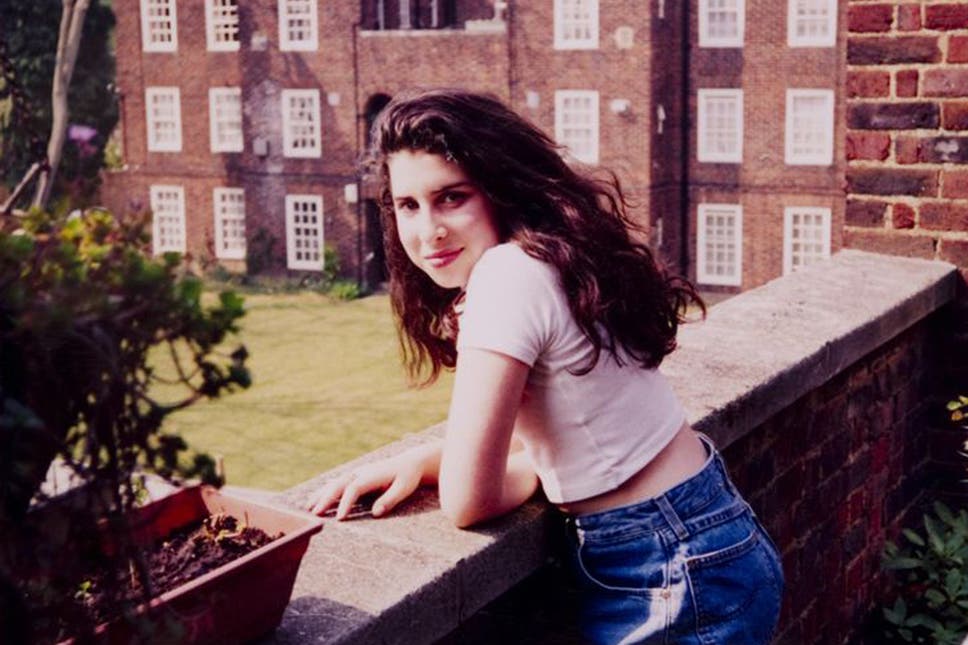 “I drink every day but not usually Jack Daniel’s. I’ve been drinking Jack Daniel’s for eight years or something.

“It’s like when you’re younger and you want to get that little bit drunker than everyone else, you drink whisky. You know what it’s like as a kid.”

She then continued: “You know what other alcohol I like — tequila.

“And I like Dooley’s toffee vodka. Oh my God, I could drink a bottle of that every night easily.”

In the interview — which you can hear exclusively at thesun.co.uk — Amy can be heard talking as she walks down a street in Camden, North London, where she lived.

At one point she bumps into someone and can be heard shouting: “Get the f*** away from me, freaky. Sorry, there’s freaky people in Camden.”

The recording came to light shortly before the anniversary of Amy’s untimely death, which devastated not just her family and friends but also her countless fans around the world.

Her body was found by paramedics at her flat in Camden, with empty vodka bottles on the floor, and she was later revealed to be more than five times the legal drink-drive limit when she died. An inquest revealed she had died of alcohol poisoning.

At the time, her parents Mitch and Janis said in a statement: “It is some relief to finally find out what happened to Amy.

“The court heard that Amy was battling hard to conquer her problems with alcohol and it is a source of great pain to us that she could not win in time. 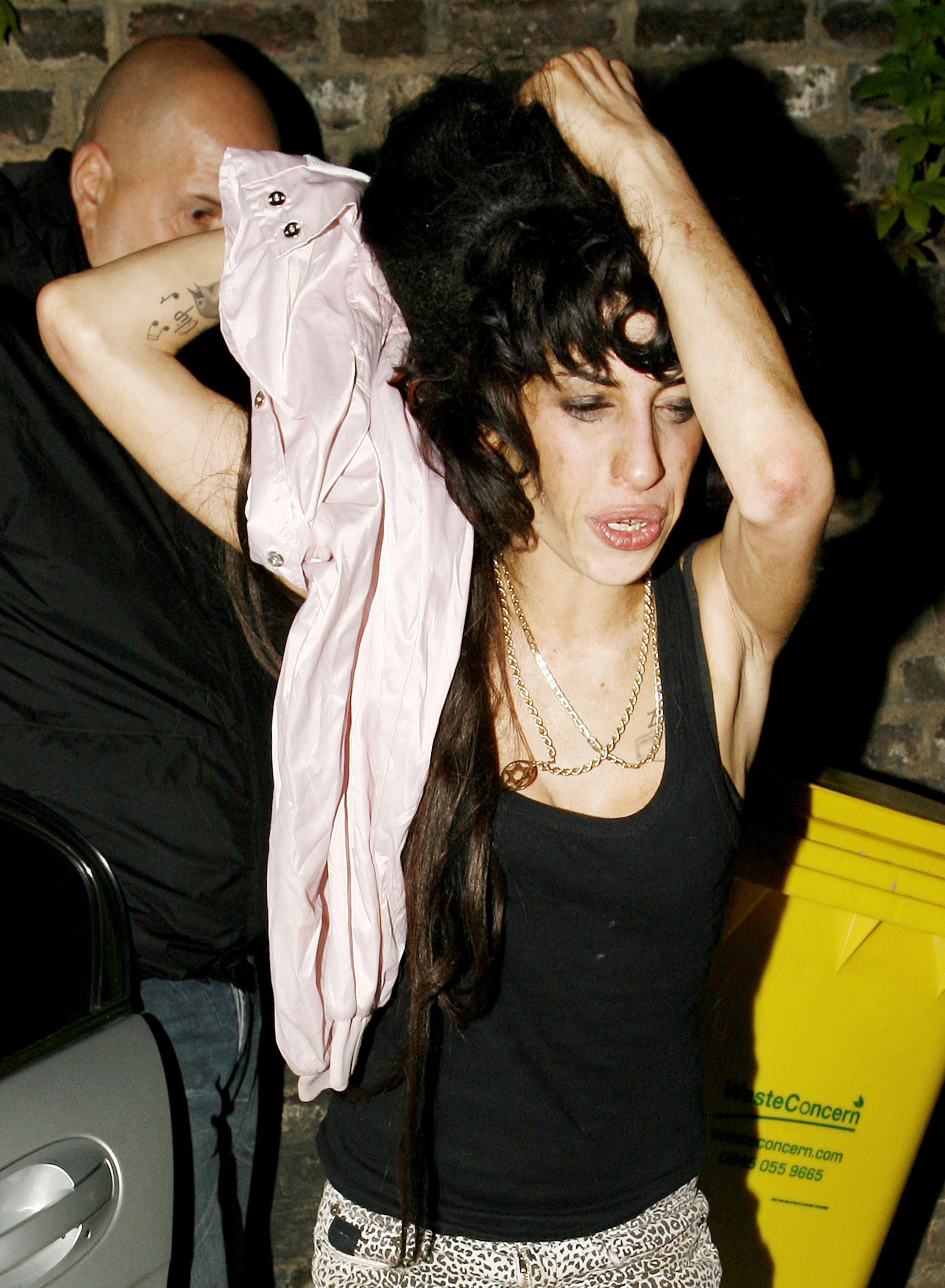 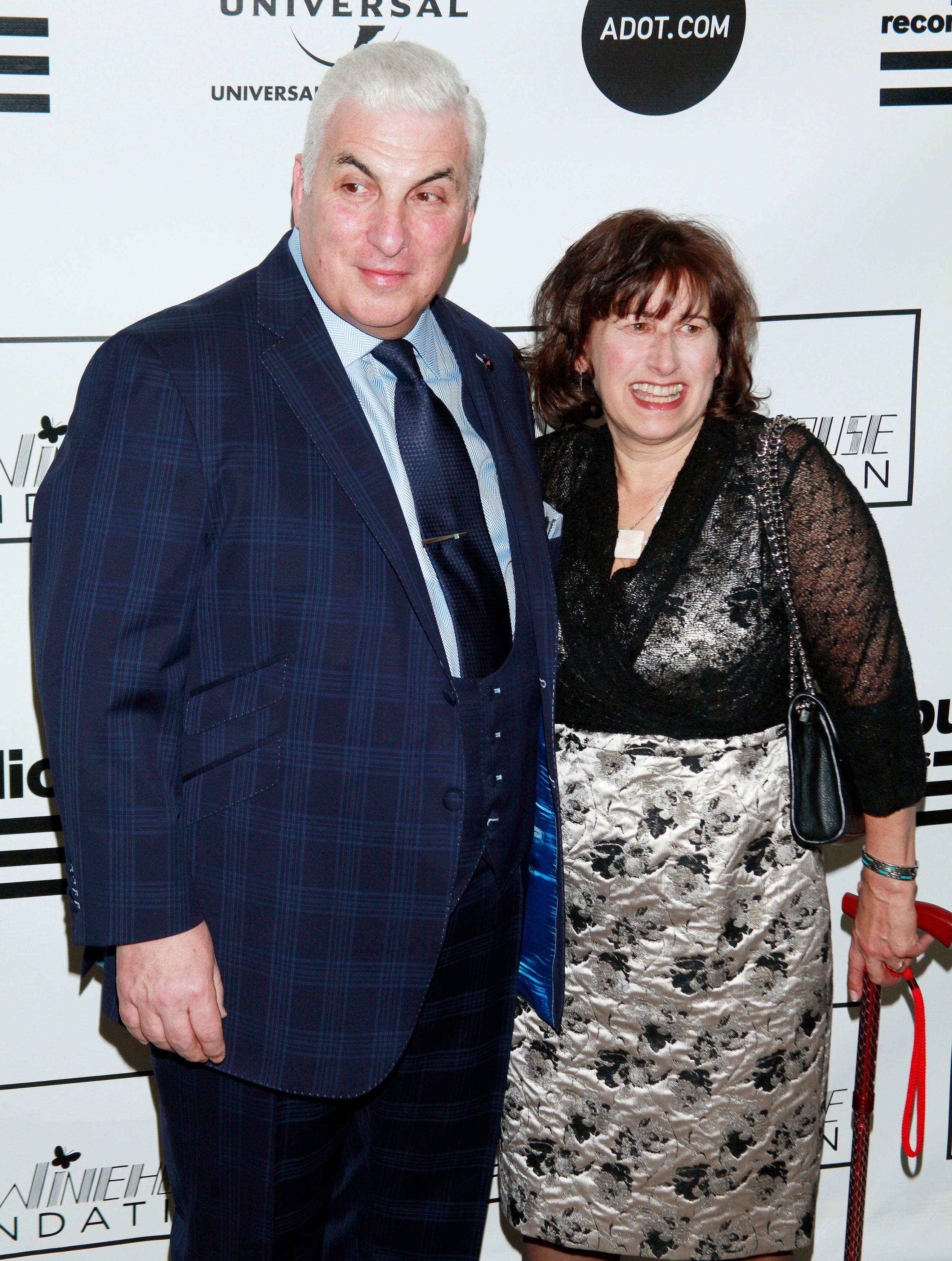 “She had started drinking again that week after a period of abstinence.”

Janis, now 66, has told how the singer, who started on her path to fame at the Susi Earnshaw Theatre School in Barnet, North London, was so ashamed of her alcohol use that she refused to drink in front of her.

Speaking the year she died, Janis said: Amy didn’t want to die, she didn’t have a death wish.

“She had a huge zest for life. There was so much she still wanted to achieve.

“Amy was incredibly strong, both physically and mentally, but alcohol addiction seemed to creep up on her and then just took her by surprise.

“I think what killed Amy was not just the alcohol, but the fact that she was less than 7st and just over 5ft tall.

“Her body couldn’t cope with that amount of alcohol after three weeks of abstinence. It was the lack of consistency, the stopping and starting again.

“Everyone wishes for a peaceful death. My only comfort is that Amy’s was peaceful. I like to think she went to sleep and just didn’t wake up, so I hope she didn’t suffer.”

Amy’s career took off after she signed to Simon Fuller’s 19 Management in 2002, then she found international success in 2006 with her second album, Back To Black.

Over her career she won 24 awards from 60 nominations, including five Grammys in 2008 for Back To Black.

Reclaiming Amy, a new documentary narrated by Janis about the star’s life, airs tonight on BBC2.

In it, Janis and Mitch, now 70 — who split in 1993 when Amy was ten — talk movingly about their daughter and her legacy. Janis is living with multiple sclerosis, an incurable condition affecting the brain and nervous system, and said she wanted to make the documentary to give her a permanent reminder of Amy.

In a statement ahead of the screening she said: “I don’t feel the world knew the true Amy, the one that I brought up, and I’m looking forward to the opportunity to offer an understanding of her roots and a deeper insight into the real Amy.”

Last week Mitch also spoke movingly about making the film, saying: “We wanted for people to get a different view of her, to understand she was a loving, kind and very generous person.

“You can’t airbrush all the horrible stuff out. We wouldn’t do that. But we wanted to emphasise what she was really like. Even through the times she was seriously ill, what got her through it and what got us through it was our sense of humour.”

Mitch also revealed how the family struggled with Amy’s addiction and felt helpless when she fell on troubled times. He continued: “No-one knew what to do, because obviously the responsibility of the addiction lies with the person who’s struggling with the addiction.

“As a family we could stand on our heads. How many times we had family interventions, I lost count.

“How many times I took her into rehabs, and she’d walk out the next day. It’s very difficult. I don’t think mistakes are the [right word] because there is no right or wrong way to deal with it.”

Amy’s struggles with addictions during her short life cost her in more ways than one, and according to one of her friends she spent more than £500,000 on illegal substances, including heroin.

But at the time of her death there were no drugs in her system. After her death Amy’s parents created The Amy Winehouse Foundation and to date they have helped thousands of young people across the UK. 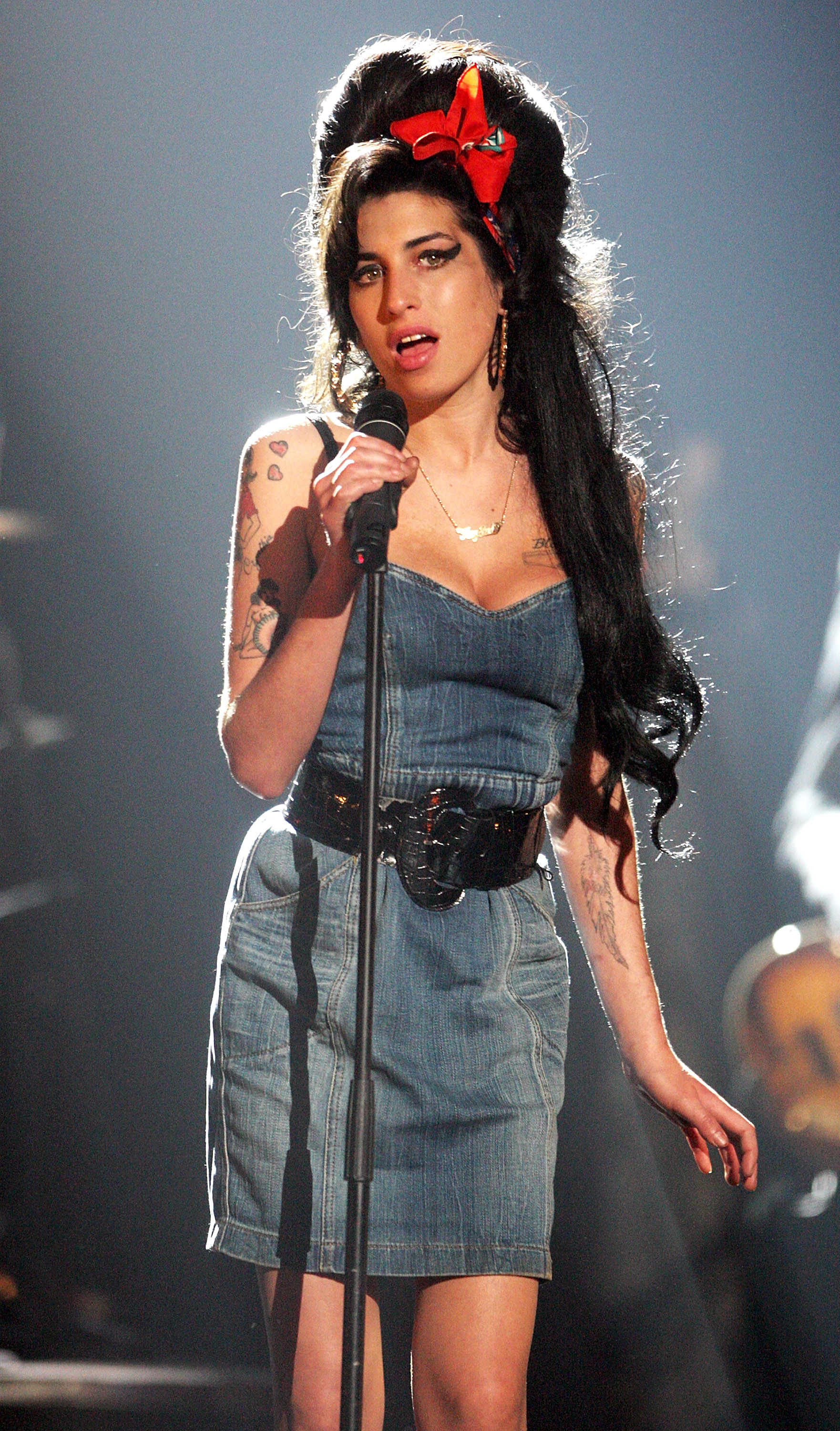