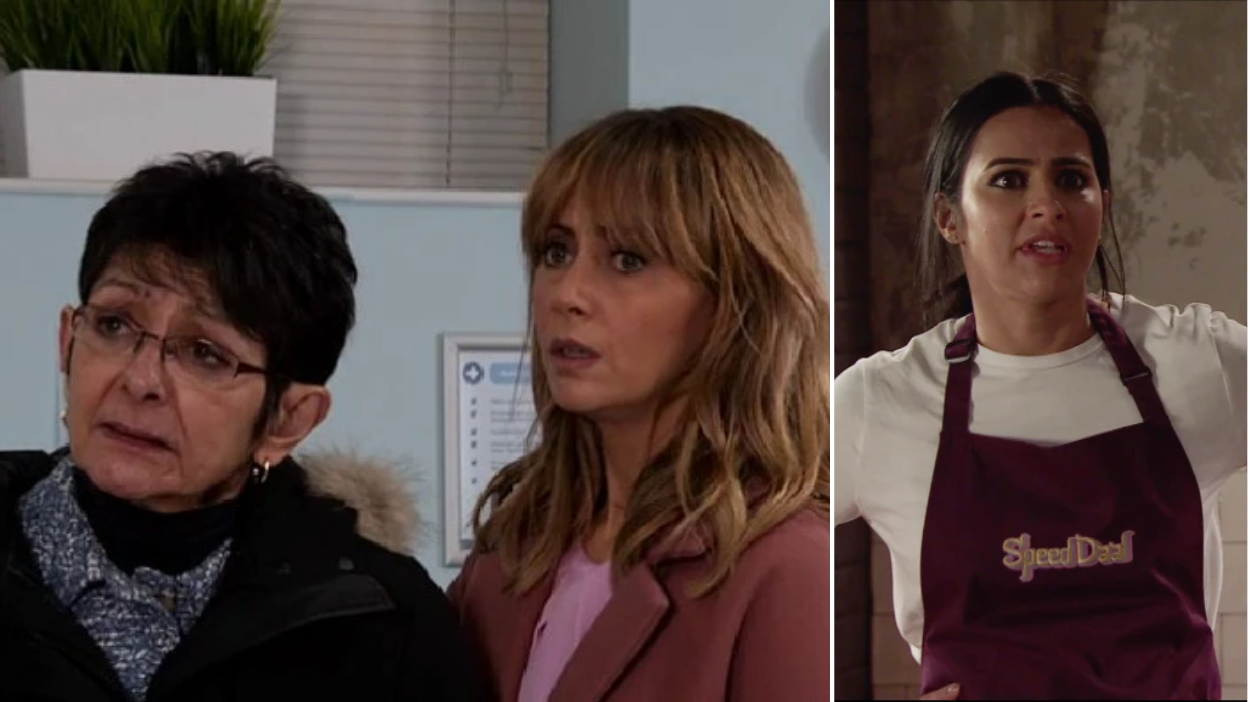 Alya Nazir’s (Sair Khan) life has been left hanging in the balance in Coronation Street after an incident at Speed Daal saw her get stabbed.

Max’s (Paddy Bever) old school bully Blake was responsible for the event unfolding, and he began it by livestreaming outside the restaurant.

It became apparent that Blake had been absorbing the same right-wing views as Max in recent weeks, as he believed that the drop-in centre being held at Speed Daal needed to be stopped, and that Maria (Samia Longchambon) should be silenced.

As Max watched the video on his phone, a frustrated David (Jack P Shepherd) ended up taking the device from him.

Eventually, Max got it back and when he checked the livestream, he saw the moment Blake had a knife in his pocket.

Racing over to the restaurant, Max desperately tried to warn people but he was stopped by Gary (Mikey North), leaving him trapped.

When Daryan (Twana Omer) spotted Blake with the weapon, he shouted and soon enough, chaos ensued.

Blake approached Maria but Alya jumped in the way, causing the teen to stab her in the stomach.

As Blake made his way out of Weatherfield in the back of a police car, Alya left in an ambulance, with Yasmeen (Shelley King) and Maria being told hours later that she has a punctured lung and now needs surgery.

But will she survive?

We know from further spoilers that Blake will tell the police that it was Max’s propaganda videos which inspired him to go on the stabbing spree, but will he also end up behind bars?