“Who decided to kick that field goal?” 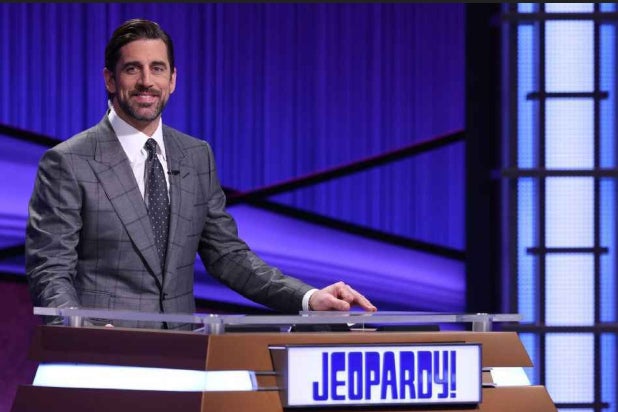 Aaron Rodgers made it known last week that he was going to take his hosting stint on “Jeopardy!” very seriously, even going so far as to study hours and hours of tape. But nothing could’ve prepared the Green Bay Packers quarterback for what happened during his hosting debut on Monday.

During the episode’s Final Jeopardy round, a contestant named Scott didn’t even attempt a correct guess and instead wrote down, “Who decided to kick that field goal?” That, of course, is a not-so-subtle dig at the Packers’ contentious decision to go for a field goal in the final two minutes of January’s NFC Championship Game, instead of keeping Rodgers and his offense on the field. The Packers lost the game and missed out on the Super Bowl in the process — something Scott had the chutzpah to bring up to Rodgers on tonight’s episode.

The QB, to his credit, took it in stride, responding, “That is a great question. It should be correct, but for this game today, that’s incorrect.”

Tonight is the first episode of a two-week stint for Rodgers, who follows previous “Jeopardy!” guest hosts Ken Jennings, Mike Richards, Katie Couric and Dr. Oz. For the sake of his ego, let’s hope the rest of his episodes don’t find him getting mercilessly burned.

See the clip from tonight’s episode below.