A PLACE in the Sun fans have gushed over "gorgeous" Laura Hamilton as she posted on the set of the new series.

Laura, 40, has won a legion of fans during her time on the popular Channel 4 show. 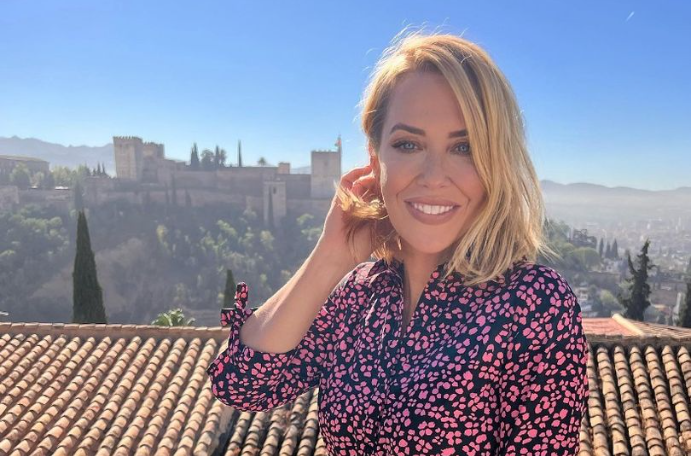 Laura posted to Instagram giving fans a little sneak peek of behind the scenes of the new series of A Place in the Sun.

Channel 4 viewers tune into the property show every weekday as a host helps buyers find their dream home abroad.

Laura gave fans a quick update ahead of the new series, and it seems they are currently filming new episodes in Granada, Spain.

The gorgeous presenter posted a little teaser to her 163k followers on Instagram saying: "Happy Monday. Look, Grenada. There is the Alamba Palace.

Showing the stunning scenery all around her, the TV presenter said: "Doesn't quite do it justice on Instagram but it feels like we are in a painting. It's very busy."

The property host turned the camera around to show the film crew behind her, explaining: "We are filming our up sync and Tom is getting some GVs. Glorious."

Shortly after Laura showed a snap of her smiling in the sun.

Laura went on to show an image of her stood smiling and soaking up the sun as it was her turn in front of the camera.

This comes after Laura posed in a lacy red bra recently as she hit back at rumours of her getting a boob job.

Smiling for the camera, she showed off her toned figure, writing: "In the past people have asked me 'have you had a boob job?' and the answer is 'no'.

"There is absolutely nothing wrong with anyone that chooses to and when I was younger, I actually considered a reduction as I felt my body was out of proportion – but in the end I decided against it.

"It's your body, your choice and you have to do what feels right for you. I used to struggle finding beautiful, good fitting underwear, but now there are so many lovely ranges out there that fit perfectly and make me feel good. A great fitting bra is SOOO important…" 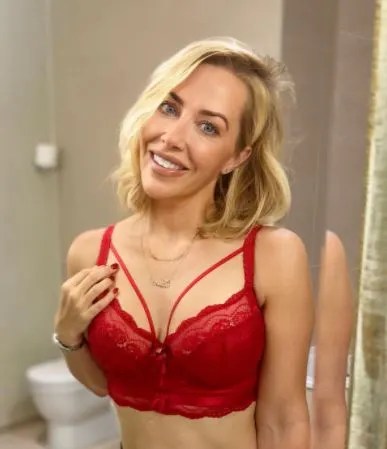