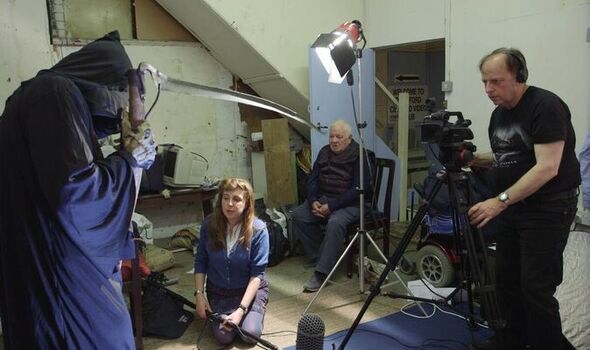 Founded in 1932, Bradford Movie Makers is one of Britain’s oldest amateur film-making clubs. In its heyday, there was a seven-year waiting list for new members. This is the story of a small but determined band of mostly elderly diehards crafting short films from the leaky, vandalised clubhouse where they are months behind on the rent.

Director Kim Hopkins affectionately follows this friendly bunch as they put finishing touches to their 2019 slate and deal with the first Covid-19 lockdown.

Harry Nicholls, 86, favours the spoof and the homage. Grainy footage shows Harry in 1979, dressed in what look like his wife’s tights as he plays Marvel’s Captain Marvel performing heroics in the streets of Bradford.

As he can’t ride a horse, he plans to CGI the top half of his body on to the bottom half of a local lady equestrian.

“He hasn’t even bothered to wear the same trousers,” says a disgruntled tech wizard who settles on making her body more “stocky” and just grafting on his head.

This is a very odd-looking singing cowboy but somehow it works.