In a statement, Simpson says the project was born from his desire to create a complete body of work. “I just wanted to write a story — not a collection of songs that tell a story, but an actual story, front to back,” he said, adding that the record is “a simple tale of either redemption or revenge.” Along with Nelson’s cameo, The Ballad of Dood & Juanita features many of the same musicians who played on Simpson’s Cuttin’ Grass bluegrass records. This album, he says, will touch on traditional country, bluegrass and mountain music, “including gospel and a cappella.”

The Ballad of Dood & Juanita will be released on CD and digitally on August 20th, with a vinyl release to follow on December 3rd. Simpson’s most recent album was Cuttin’ Grass Vol. 2 – The Cowboy Arms Sessions, surprise-released last December with 12 new tracks, including “Hobo Cartoon” — a song written by Simpson and Merle Haggard.

Simpson will play five sold-out shows at Webster Hall in New York beginning September 28th. He has three shows on the books for November at Nashville’s Ryman Auditorium. The singer-songwriter has also been steadily adding to his acting resume. He appeared in 2019’s Queen & Slim and 2020’s The Hunt and is currently filming Killers of the Flower Moon, directed by Martin Scorsese. 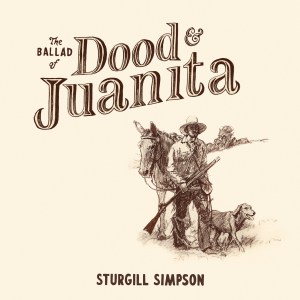