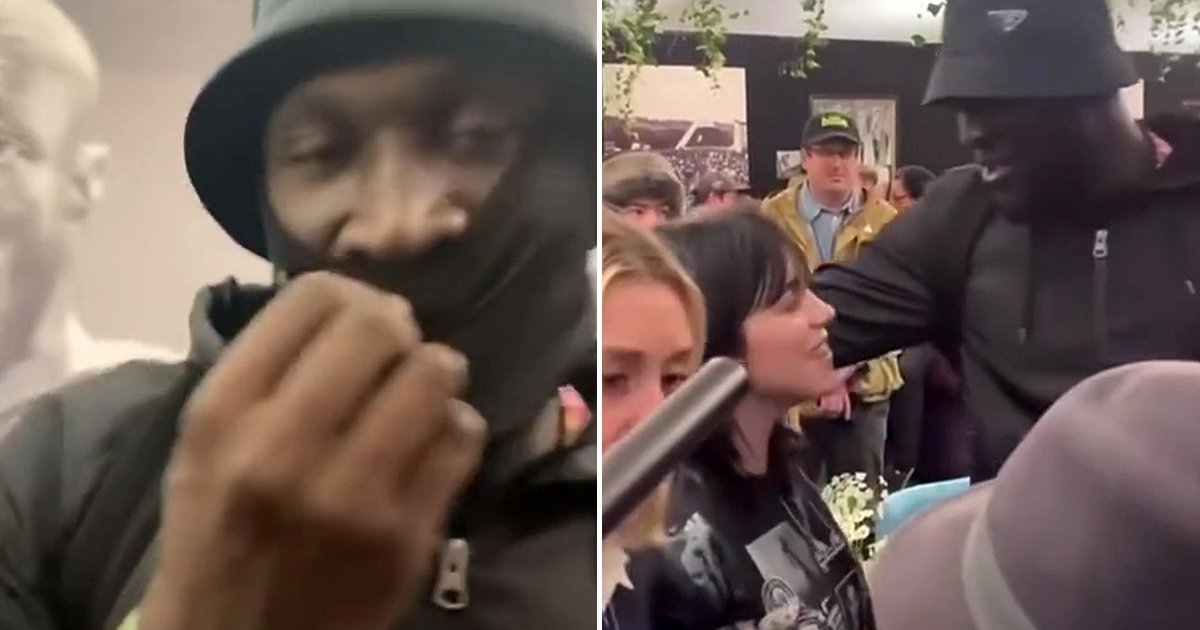 Stormzy got to enjoy the other side of Glastonbury this year after headlining the music festival three years ago.

Celebrities from Kit Harington to Laura Whitmore and even royalty such as Princess Beatrice were spotted walking through the VIP section this weekend as the fun and frolics got underway at Worthy Farm, Somerset.

But one A-lister was able to go almost unnoticed for the most part, with some festival-goers spotting Stormzy living his best life among them.

The Vossi Bop rapper is one of the lucky artists who can say they’ve headlined the Pyramid Stage, with his history-making set – Stormzy became the first Black British solo artist to top the bill – taking place in June 2019.

Well this time round, the musician was able to put his feet up and leave the headlining action to this year’s line-up of Sir Paul McCartney, Billie Eilish and Kendrick Lamar.

It was pretty easy to spot the chart-topping rapper given his impressive height, and him wearing his trademark heart-shaped sunglasses which he’s previously worn at other festivals, including Coachella in April.

In one video captured by an onlooker and shared on Twitter, Stormzy is seen dancing freely as Kendrick performed on Sunday night, while he’s also seen posing with a fan in another photo.

‘I turned around and someone said, “It’s Stormzy!”’ she recalled.

After two years delay due to the pandemic, Worthy Farm hosted Billie as the festival’s youngest solo headliner, Sir Paul as the oldest, and performances from some of the biggest music names around the world – from Diana Ross to George Ezra, Megan Thee Stallion to Olivia Rodrigo, and even Ukraine’s Kalush Orchestra.

More than 200,000 fans descended to Somerset, with a whole host of famous faces amongst them.