Lil Nas X has taken the entertainment world by storm, and his success in music suggests more creative endeavors in the works for the innovative artist. After building a platform through an impressive — and sometimes raucous — social media presence, Lil Nas X first tried his hand at comedy before finding himself exploding onto the national stage with music. Now that he has become something of a spokesperson for the LGBTQ+ community, every appearance is packed with meaning and importance, and Lil Nas X seems to understand just what he needs to do to keep the headlines rolling and the attention coming. Keep reading to learn more about how Lil Nas X connects with cowboys.

Lil Nas X burst onto the music scene with “Old Town Road,” and the song really picked up traction when country music star Billy Ray Cyrus jumped on board for a remix. The blend of hip hop and country created a catchy tune with broad appeal, and the pair of musicians knew exactly what they were doing, playing up the mash of styles in everything from their costumes to the music video.

In fact, the music video is labeled a “movie,” and large parts of the 5-minute mini flick don’t even feature the song. Instead, it shows Billy Ray Cyrus and Lil Nas X as cowboy outlaws running from some Wild West law enforcement officers while getting away with their stolen loot. A trip through a mysterious portal lands Lil Nas X — in his full Wild West cowboy garb and with his horse — on the streets of present day “Old Town Road,” where he causes quite a scene.

Playing up the imagery of a cowboy has become a big part of Lil Nas X’s public persona, and as his fame has grown, his costumes have gotten more and more elaborate. 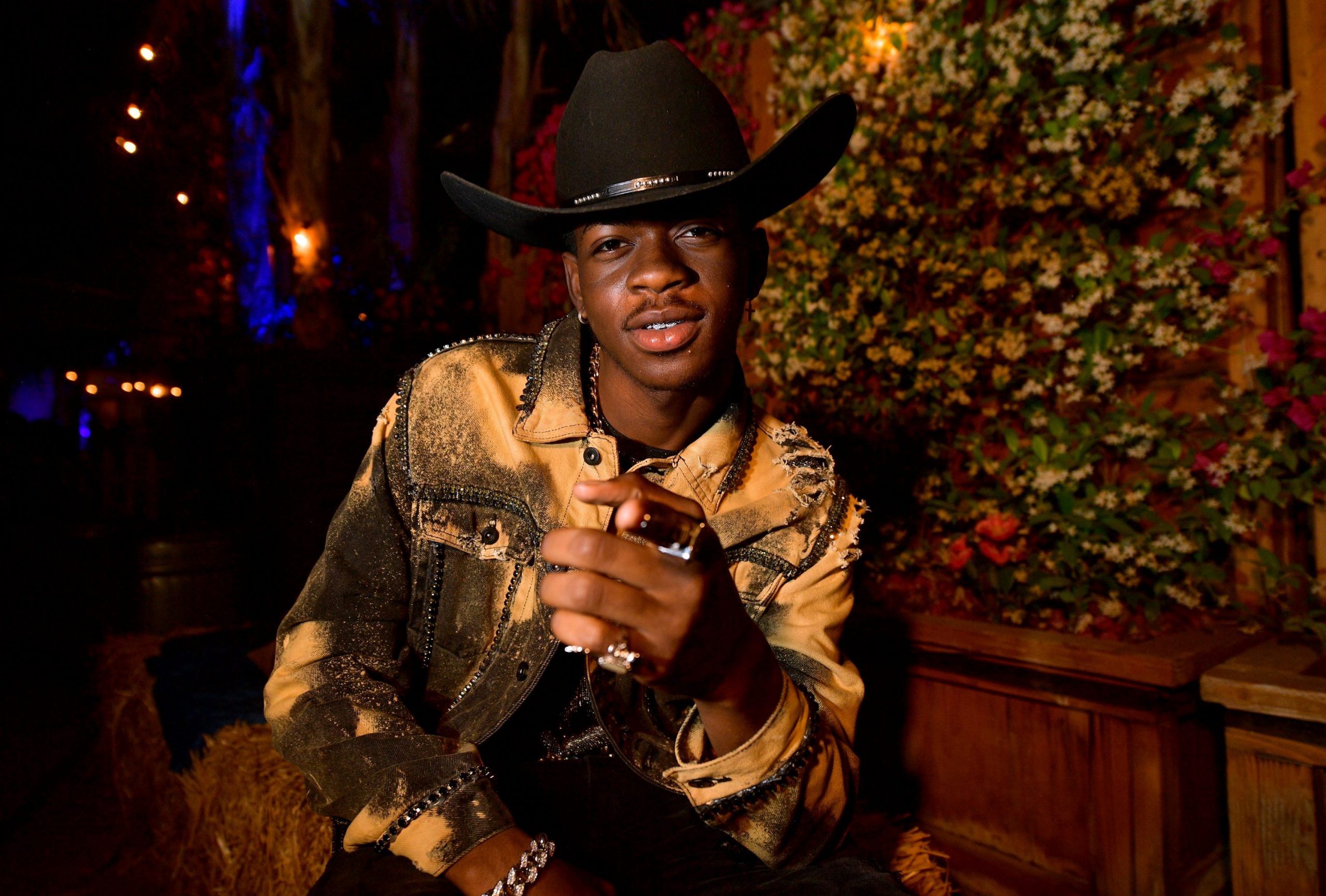 “Old Town Road” wouldn’t be the last time that Lil Nas X donned the persona of a cowboy for a music video. After the release of his debut album, Montero, fans got to see him dressed as a cowboy in an homage to Brokeback Mountain for the “THAT’S WHAT I WANT” video.

Appearing on the Thanksgiving special for Hot Ones in 2020, Lil Nas X explained what it is about cowboys that speaks to him. While struggling with the heat of a particularly strong hot sauce, Lil Nas X explains that “Cowboys kind of like, they don’t really give too many f—s about what other people want to say about what they’re going to do.” He notes that such independence has “been my strong suit with everything” before calling himself “super headstrong.”

While the cowboy persona has certainly shown up in Lil Nas X’s music videos and in his fashion at events, it’s not the only role he’s comfortable slipping into as part of his entertainment.

Now a published author, Lil Nas X is very aware of the way that he puts on the guise of particular characters in his work. His controversial video for “Call Me By Your Name” had him taking on the role of a tortured soul in hell who gives a lap dance to Satan himself. In “Industry Baby,” he puts on a jumpsuit as he takes on the part of a prison inmate.

It’s quite clear that Lil Nas X has no problem leaping from genre to genre and using costumes and concepts to push the envelope and add layers of meaning to his songs.