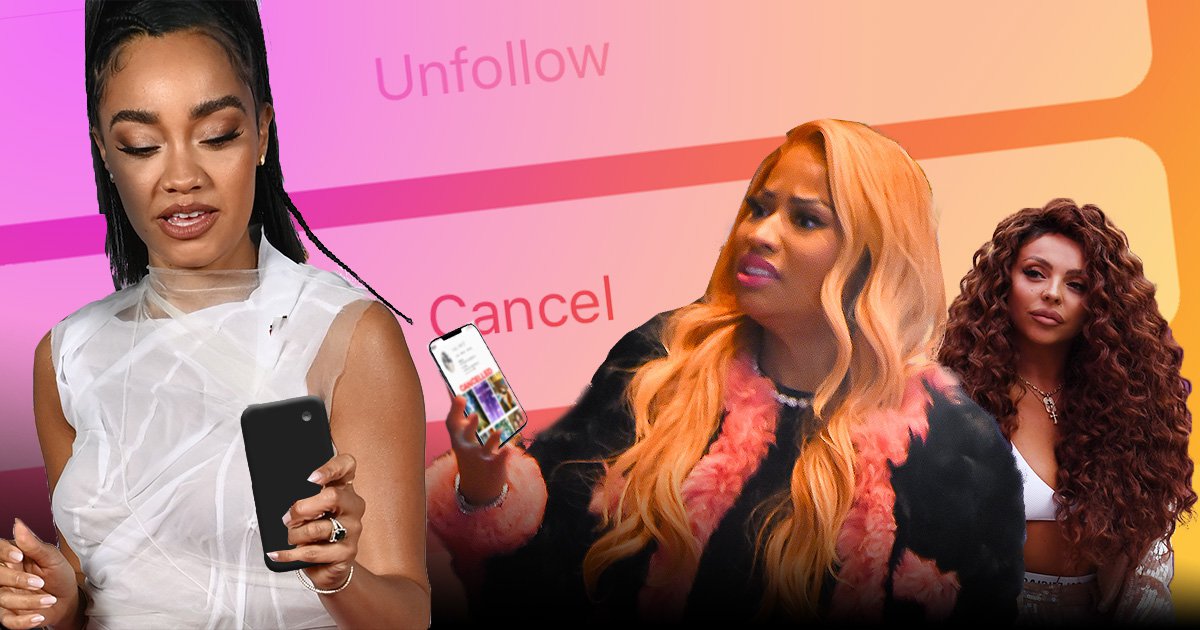 The launch of Jesy’s solo career has been controversial to say the least, with the public having far less to say about her actual debut song than the video accompanying it.

Boyz, which samples Diddy’s iconic 2001 hit Bad Boys For Life, features Nicki Minaj and even Diddy himself, but the impressive collaboration has been overshadowed by accusations that Jesy is changing her appearance to appear Black or racially ambiguous.

The leaked messages seemingly showed the Little Mix star calling the Boyz singer ‘horrible’, a ‘blackfish’ and claimed she had cut her former bandmates off.

Neither Leigh-Anne nor any of the current Little Mix members have spoken publicly about the ongoing drama, but social media was sent into a frenzy as eagle-eyed fans noticed that Leigh-Anne had unfollowed Nicki on Instagram after the American rapper appeared to hit out at her in an Instagram Live with Jesy earlier this week.

After one person wrote on Twitter that he was ‘disappointed’ in Leigh-Anne for unfollowing Nicki, another jumped to her defense and asked: ‘Was she supposed to keep following someone who literally bullied her in front of over 100K people on the internet?’

‘Not sure why people have a problem with this,’ another agreed. ‘I would unfollow too if I was leighanne’ (sic).

‘The fact that this beef is one-sided and Leigh is winning,’ another user joked.

Since its release on October 8 (yes, it’s been less than a week), Jesy has been forced to admit that she is ‘very aware that I’m a white British woman’ but said ‘I love Black culture, I love Black music’.

Featured artist Nicki also waded into the debate during a bizarre hour-long Instagram Live video on Monday night, where the Superbass singer and Jesy were supposed to promote their new song.

The wide-ranging video included games of ‘f***, marry kill’ and discussions of whether Nicki or Jesy would ever date a woman.

But what got everyone on social media talking was, of course, the ongoing drama between Jesy and her former bandmates.

Nicki defended Jesy against the blackfishing accusations and seemingly took aim at Leigh-Anne for the unverified DMs, calling her a ‘f***ing clown’.

Metro.co.uk has reached out to Leigh-Anne’s representatives for comment.