The last few years have been very good for James Blake.

After Mercury Prizes and a few Grammy nods, Blake’s anxious, dark electro-pop has found purchase among some of the most high-profile musicians working (collaborations with Beyonce, Bon Iver and Kendrick Lamar just to name a few), with album Assume Form having come to the Forum on Friday.

It's a shrewd personal analysis, and represents a departure from the overwhelming success of his eponymous 2011 masterpiece, James Blake. Whereas James Blake intoned a staggering, distorted arrival into the electro-pantheon, in Assume Form Blake retraces the contours he helped course in 2011. 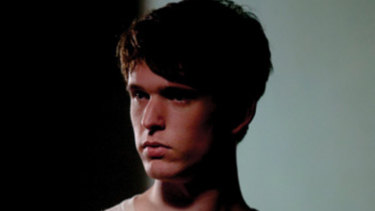 James Blake brought his new album Assume Form to the Forum on Friday.

Starting with the title track, Assume Form, he underpins distorted electro with the same classical piano flourishes that launched his career, but matches it with what is essentially an evolution towards pop music.

He followed this with Life Round Here, Timeless and Don’t Miss It, a single released in 2018.

Blake is a seminal musician. His songs are layered and complex. His vocal range, which stretches between elegant falsetto and a cigarette anaemia, is remarkable. It was his old 2011 Limit to Your Love and The Wilhelm Scream that enlivened the crowd.

What defined Blake in 2011 has been supplanted by something more comfortable, ambivalent, and ultimately less compelling. Blake’s sparse meditation on loneliness stood in stark contrast against other exploratory-electro of the era.

Not to say Assume Form doesn’t grapple with those themes, his music still feels somewhat isolated – but it’s as if Blake has become more comfortable with that isolation.

“I get shy if you applaud too much,” he declares to the crowd. The awkwardness that defined his old music – performative or not – is persistent.

Don’t Miss It documents the self-imposed isolation that follows depression, but is ultimately aspirational. The family, disappointment and paralysis that exemplified James Blake have moved on. Lyrics that were urgent, claustrophobic and repetitive have been replaced with analogy.

For a musician who built a reputation in inarticulated dark emotions and uncomfortable silences, the new Blake is idiomatic. For Blake, who dichotomises between orthodoxy and minimalist experimentalism, it’s all kind of ordinary.

Assume Form is a good album and a great song, and he’s an excellent performer; he’s just less compelling than he was before.

In Timeless he says he's “acting [his] age”. Maybe that’s the case.

07/21/2019 Music Comments Off on James Blake is acting his age. That might not be a good thing
Recent Posts