He was the Chairman of the Rat Pack and the King of Vegas. No wonder he had a loo fit for royalty. His glittering throne was sold at auction this week. It was part of the trappings from Sinatra’s lavish personal rooms which were provided for him when he had a residency at the Golden Nugget casino at Atlantic City. The video below gives a tour of the jaw-droppingly opulent fixtures, including beds, a bar and his white baby grand piano.

The auction spokesman points out that the gold and marble commodes alone would have cost over $20,000 when they were installed back in 1980. 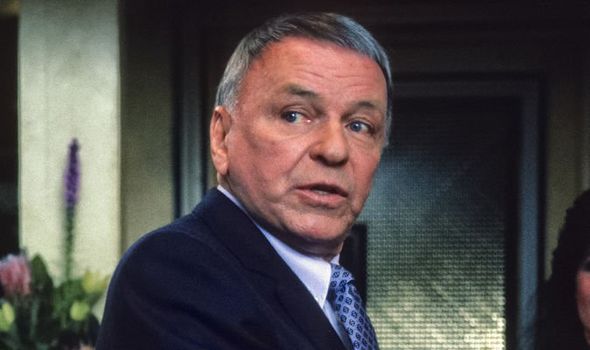 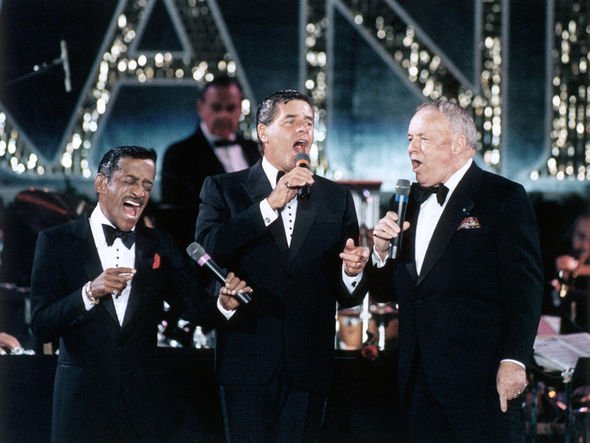 Sinatra (like Elvis was later to do) revived his music career through the casinos, starting in 1953 with his residency at the Sands in Vegas.

As his film career took off, he still continued to rule the Nevada town with his Rat Pack, including Dean Martin and Sammy Davis Jr.

In 1965 he met a young Steve Wynn who would become a lifelong friend and hotel and casino magnate.

Two decades later, Wynn called on The Chairman to be the figurehead for his Golden Nugget relaunch in Atlantic City and furnished his star with the best money could buy. 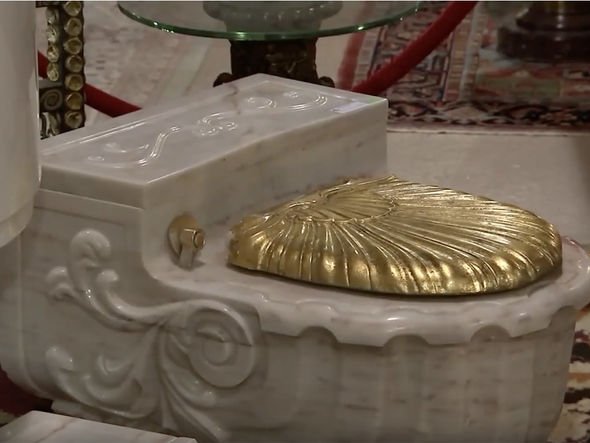 Far pricier items included the legend’s baby grand piano, which went for $7,000, and his Ferdinand Berthoud clock, which fetched $13,000. But they still weren’t the biggest sellers.

The top seller at the auction on Sunday was a signed Enid Yandell fountain that created quite a splash at $33,000.

There were also plenty of cheaper items that fans could pick up as a memento of their idol, including a pair of his ottomans for $100.

In the end, every single one of the 197 items on offer was snapped up by fans.

Related posts:
01/28/2020 Music Comments Off on Frank Sinatra’s gold toilet sells for THOUSANDS: Would you sit on this ‘throne’?
Recent Posts
We and our partners use cookies on this site to improve our service, perform analytics, personalize advertising, measure advertising performance, and remember website preferences.Ok