Elvis Presley absolutely loved guns. Since he was a young adult the King sported a collection of weapons that only got bigger over the years. The star boasted a massive collection that he frequently showed off during visits with famous friends. He was also prone to openly carrying the guns around America throughout the 1970s.

According to the Elvis History Blog, the King met upon an embarrassing moment in 1977 while he was performing.

The star was known for the raunchy and rhythmic dance moves he employed while singing.

During one of his more energetic songs, Elvis flailed just enough to prompt a loaded .22-caliber Derringer pistol to fly from his boot.

The blog explained how the pistol flopped on stage and landed right in front of Elvis’ guitarist John. 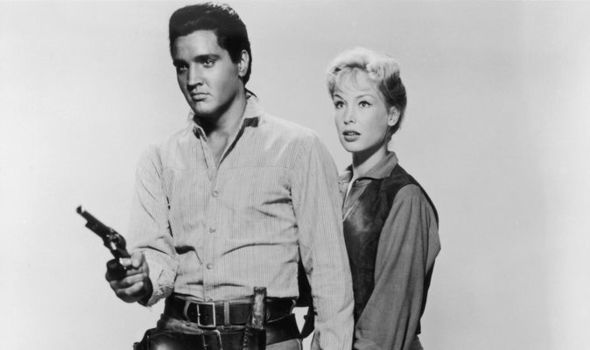 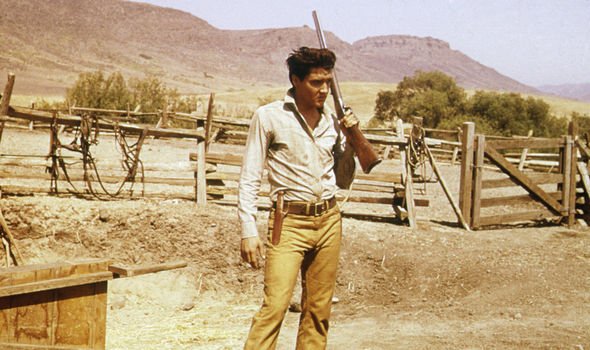 Elvis’ bodyguard, Sam Thompson, revealed John “did not like guns” at all, and had to sneak on stage to pick it up during the set.

Another surprising moment involving Elvis and his guns came earlier in 1977 when he flew into New York state.

The star flew into Binghamton at 3am on his private jet, The Lisa Marie.

The jet was named after his daughter, Lisa Marie Presley, who he had with his ex-wife, Priscilla Presley. 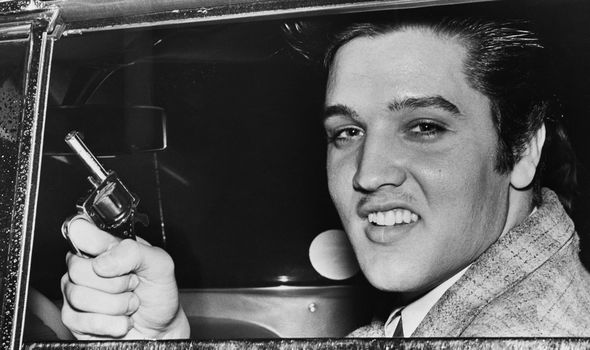 Elvis was greeted in the dead of night by a collection of fans, his manager Colonel Tom Parker and a law enforcer.

The blog site recalled Elvis exiting his jet in a karate outfit before making his way down the portable stairs from the plane’s doors.

However, when the star took his first step off the plane, two semi-automatic Colt pistols fell from his waistband and bounced down the stairs.

Colonel Tom Parker had previously notified the King that they were in a restricted area that did not allow guns.

Despite this, when Elvis got to the bottom of his stairs he wore a “sheepish grin” and introduced himself to the law enforcer.

The blog wrote: “Presley completely disarmed the man by shaking his hand and introducing himself.”

The officer handed his weapons back and replied: “I believe these are yours, Mr Presley.”

Elvis reportedly thanked the man and put the guns back in his waistband.

Elvis famously had fun playing around with guns with his famous pals as well, including a time he asked rock star Alice Cooper to point a gun at him.

Cooper revealed the star gave him a loaded gun to demonstrate his karate skills and disarm him.

Cooper said: “Before I could decide what to do, I was on the floor. And he had his boot on my throat. And I’m going: ‘Argh! That’s good, Elvis.’”