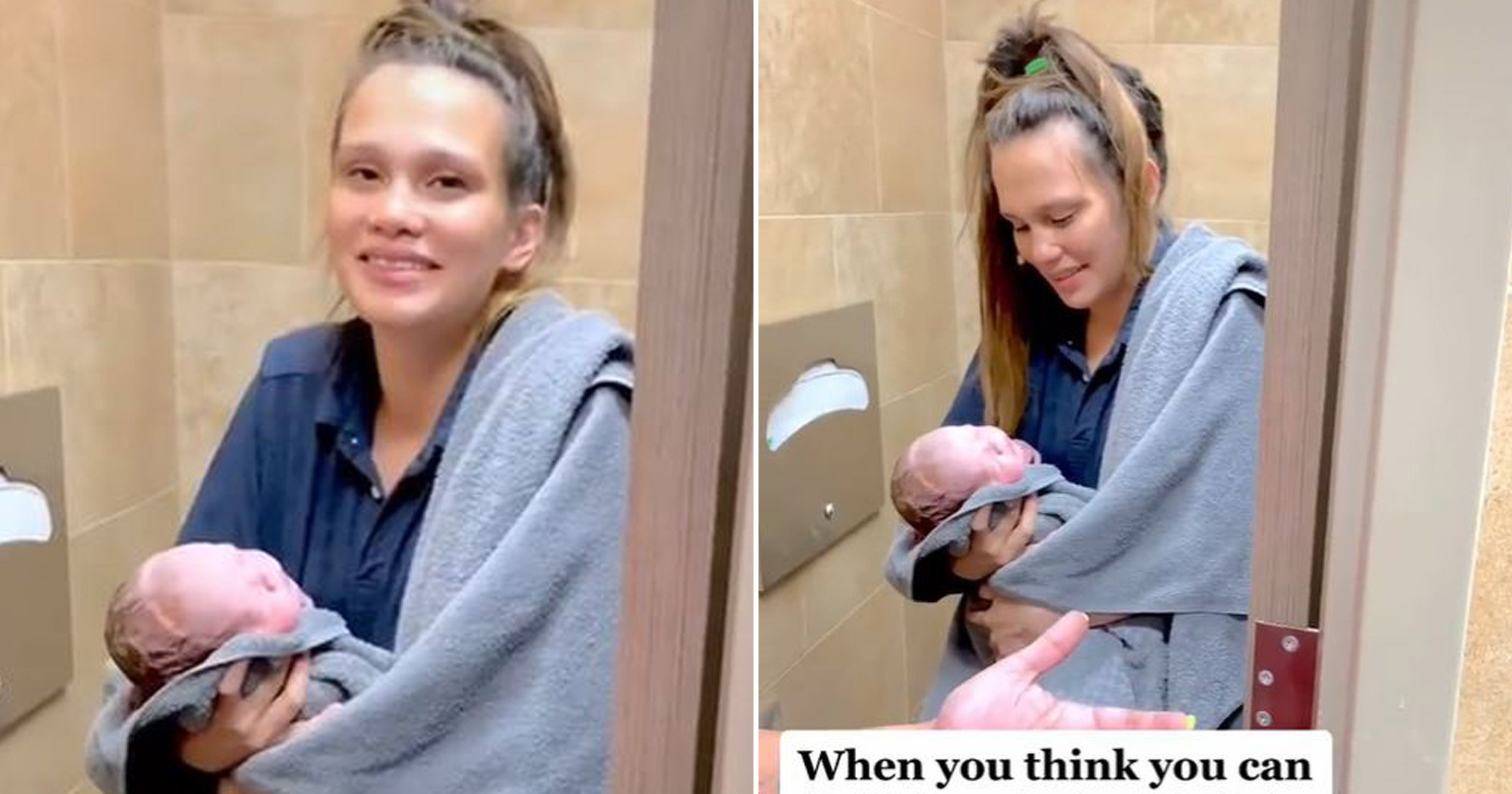 Kaitlyn Fullterton was on a drive with her husband, Sergio Mancera, when she felt the urge to use the loo.

Although Kaitlyn was pregnant, this urge felt like a normal need for the toilet, so she asked Sergio to pull over at the nearest petrol station.

The couple parked at a rest spot in Beasley, Texas, and were gobsmacked when – just 10 minutes later – their baby was born.

Remembering the moment she had her son, Kaitlyn told ABC13: ‘We got further along the road and I felt like I needed to start pushing, well I thought I needed to go to the bathroom.

‘I kept on feeling like a water pressure…. because whenever I stood up, my water broke.’

In the toilet stall Kaitlyn – who has another son with Sergio – began having contractions, but she safely delivered the child on her own despite the shock of the situation.

You wouldn’t believe it, unless you saw it happening. 😅 YT: The Mancera Family #naturalbirth #laboranddelivery #part2 #DontSpillChallenge #fypシ

Other customers who’d heard the commotion in the bathroom asked the young woman if she was okay, and she had them get her husband to tell him what had happened.

Sergio said: ‘I was on my phone and 10 minutes later, a woman showed up and said, “Hey, your wife just gave birth,” and I was like, “What! Really?”‘

He didn’t initially believe what he was told, running into the toilet with his son to see his wife with their new baby.

‘I couldn’t believe it,’ Sergio added.

Paramedics arrived shortly after, and Kaitlyn and the baby were taken to Sugar Land hospital where they were both given a clean bill of health.

The family are now enjoying life with a new member, sharing on Instagram that they called the baby Callihan.

After posting a video of Kaitlyn directly postpartum on TikTok – which has been viewed over 19 million times – they’ve also gained a large following of people watching Callihan grow.

One thing’s for sure, they’ll never forget the dramatic way he came into the world.