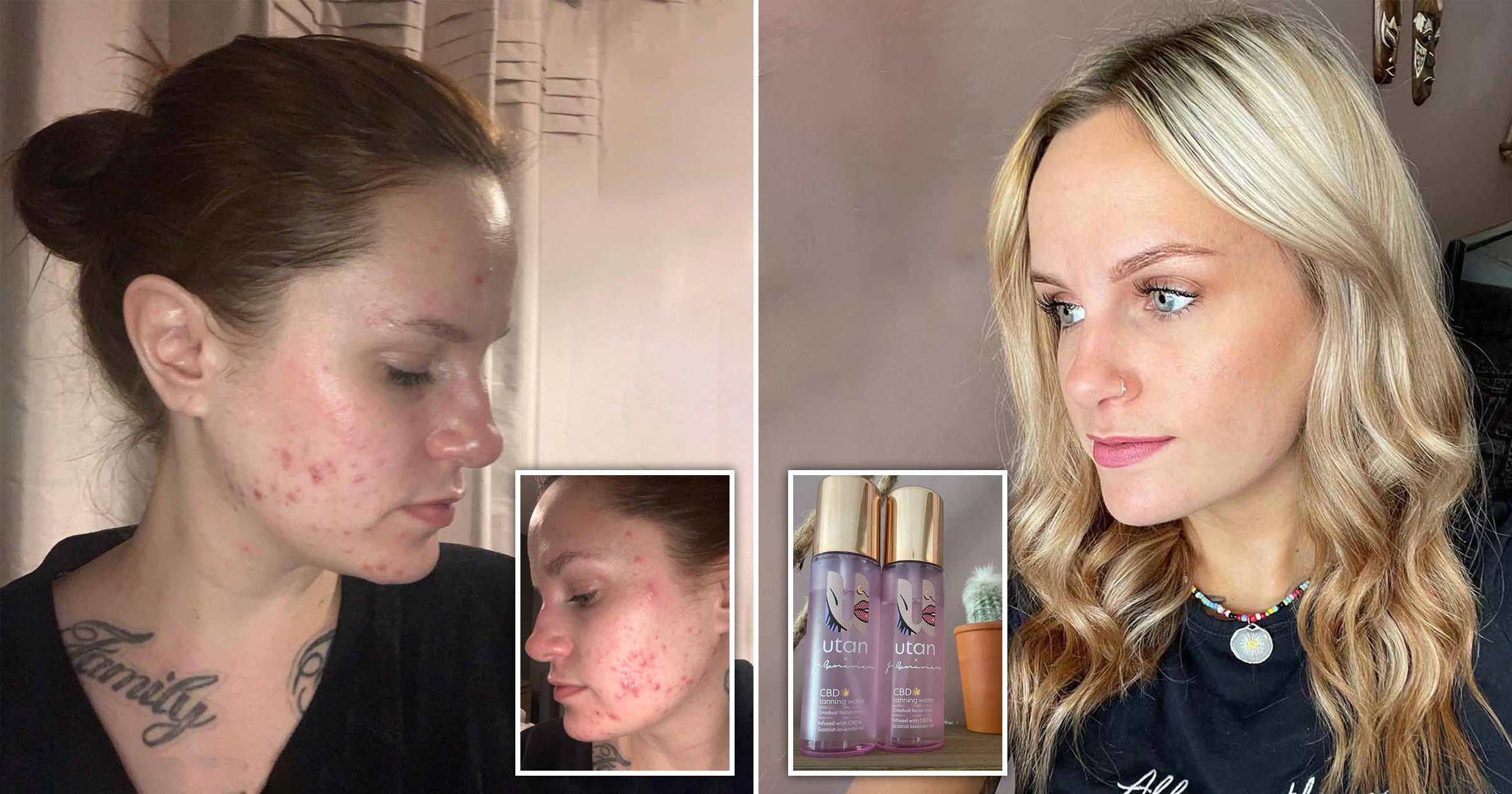 When medical records administrator Kerrie Dodd was 14, she began to experience the odd blemish. However, these quickly turned into severe and painful pimples and wrecked her confidence.

As acne is a common issue in teens, the now 28-year-old believed her spots would soon disappear… but they only became worse.

When medical creams didn’t work, she turned to expensive foundations to cover them.

‘My acne made me so self-conscious that I was always covered in makeup to try and hide it,’ Kerrie said. ‘I wouldn’t leave the house without it on. I would do anything to make my skin look less red.

‘I started to wear makeup to hide them, but that just made them worse.’

The foundations helped conceal her troubles, but Kerrie would spend £300 a year on pricey cosmetics from brands such as MAC and Estee Lauder.

In the end, it seemed nothing would ever cure Kerrie’s acne.

‘My acne would come and go in bouts,’ she recalled. ‘It would clear up a bit, never completely, but then it would always get really bad again.

‘My spots were quite angry looking, and they were really red. Some friends who suffered with them were prescribed treatments, but nothing worked for me.

‘The spots were quite painful, very tender to the touch, and I had to sleep on my back, as pressure on them hurt.’

She continued: ‘I was given a roll-on spot treatment which burned my face, but I didn’t want to get really strong prescription medication like Roaccutane, for acne, as I’ve heard it can have difficult side effects, including depression.’

Wearing face masks to protect against Covid irritated her spots even more, and by April 2021, she was so discouraged that when she saw an ad for a vegan CBD-infused fake tan, she decided to try it.

Kerrie explained she was always quite anxious and that her skin issues were adding even more anxiety. She hoped the CBD in the tan would ease her worries, and the fake tan would boost her complexion.

But what she didn’t expect was for the tan to solve her pimple problems.

The Utan x Jamie Genevieve CBD Tanning Water, costing £18, claims to have anti-bacterial and anti-inflammatory properties to help clear acne, and Kerrie has hailed it a ‘miracle’.

‘I thought the CBD might help with my anxiety, and the tan might give me a bronzed glow,’ she said. ‘I didn’t think it would do much for my spots, though, so I am amazed!’

On the evening it was delivered, Kerrie used the spray straight away and love the results.

She said: ‘I used it that evening because I read you should do it after your skincare regime, although you can also use it as a setting spray.

‘I was off work at the time isolating as I’d been ‘pinged,’ so I thought I’d go bare-faced. I was a bit scared about what it would look like.’

The product gave Kerrie a nice, even tan, and a few days later, another development appeared.

‘My spots started to die down after about four days, and by the time a week had passed, I didn’t have as many, and new ones weren’t popping up on my chin and cheeks,’ she explained.

Kerrie’s spots have now shrunk, dried up, and disappeared after using the product for three months.

‘I got to the point where my skin was really glowing – so I knew it was time to go foundation-free,’ she noted. ‘Now I’ve stopped wearing makeup to work altogether.’

Kerrie’s new complexion has provided her with a much-needed confidence boost.

‘Having clear skin has done wonders for my self-esteem,’ she said. I used to spend so long getting ready, and I still looked awful. Now, when I go out, I look so much more natural, as I’m not caked in makeup.

‘I look at myself very differently and more positively, too. I don’t think people are staring at me anymore!

‘I can only speak for myself, but I’ve been recommending this fake tan to everyone.’

Now instead of wanting to hide her face, Kerrie cannot wait to flaunt her clear skin.

‘I’ll definitely be going out without makeup on more often,’ she said.

‘Even when I’m not wearing a mask!’

Send us an email at [email protected]