A woman has sparked a debate by asking if it’s ‘appropriate’ for people to go down to a hotel breakfast in their pyjamas.

Sharing her dilemma on British parenting forum Mumsnet, the woman explained how she recently saw a whole family leave their hotel room in their PJs at 9am.

Although some members said it was a ‘grim’ thing to do, others argued that it was completely ‘normal’ behaviour while on holiday.

The woman wrote: ‘Last night, I stayed overnight in a City Centre hotel and a family all came down to breakfast wearing their pyjamas, looking like they had all jumped out of bed.

‘It was 9am so still had time to shower and dress before breakfast finished. 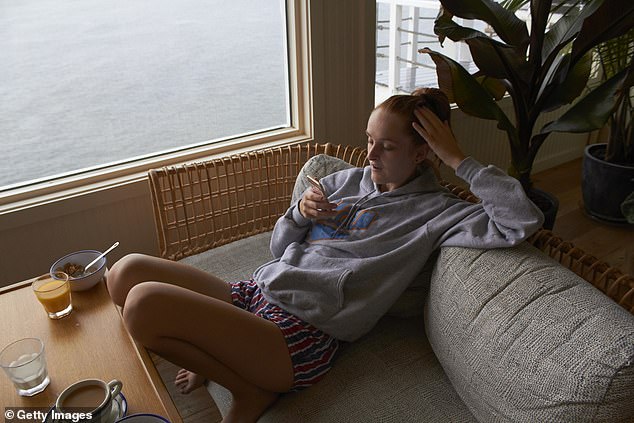 ‘[Am I being unreasonable] to think this is not appropriate?’

Taking the family’s side, one person argued that it’s up to the individual – especially considering their attire isn’t ‘bothering anyone’.

Another added: ‘I would think that was completely neutral and I wouldn’t pay it any attention.’

‘It wouldn’t bother me in the slightest,’ a third said. ‘It’s not something I would do but I don’t care if others do.’

Writing on the British parenting forum, the woman explained that while staying a hotel she noticed a family had come down for breakfast at 9am in their pjs and she felt it was ‘not appropriate’ 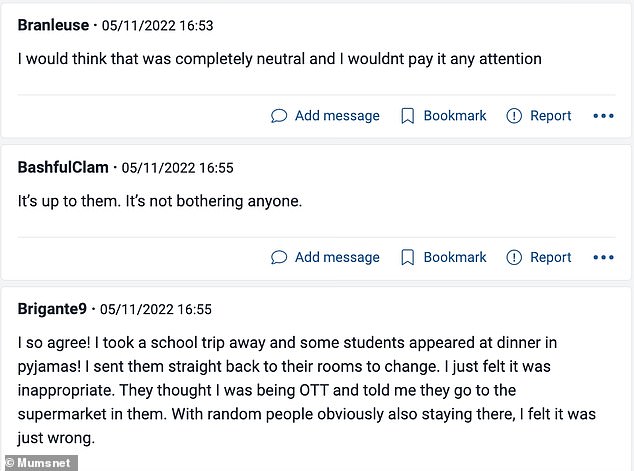 Responses were somewhat divided, with many people saying ‘It’s not bothering anyone’, while others claimed it was ‘scummy’

While a fourth person wrote: ‘I would salute them. So many times I’ve skipped breakfast because I couldn’t be bothered to dress and knew people like you would judge!! Awful. It didn’t affect you in any way. Good for them!’

However, several others agreed that ‘inappropriate’ – with one even going so far as to label it ‘grim.’

One person wrote: ‘So unbelievably slovenly! Grim! I’d be straight to reception to complain and would never go to that hotel again.

‘If their standards are that low that they let people go to breakfast in their pj’s then the hotel is beneath me and I am no hyacinth bucket!’ 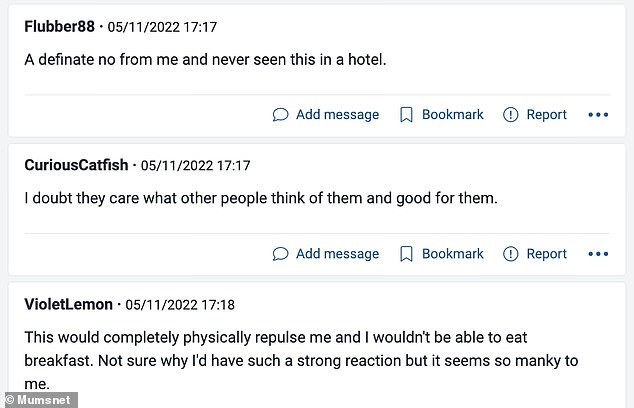 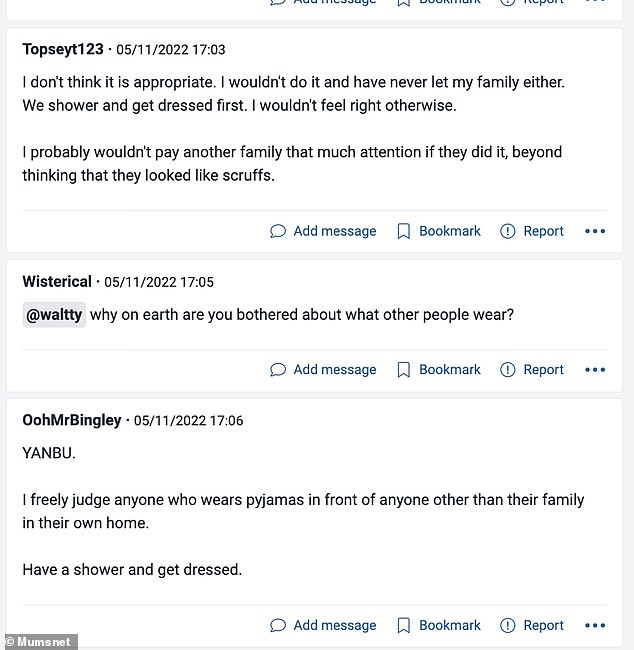 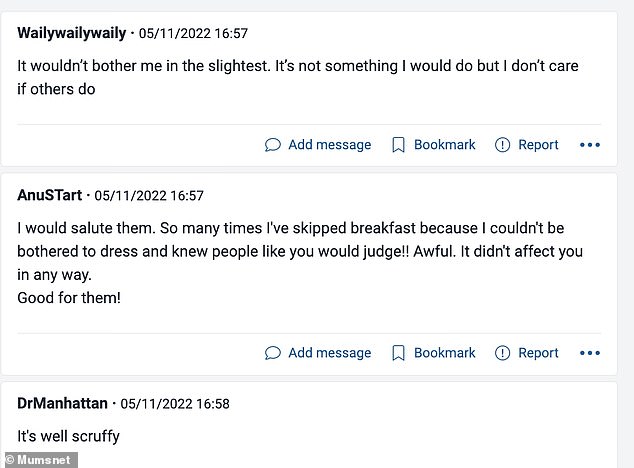 Another said: ‘I hate to think what they’ve done in the room if they have such little disregard for social norms and other people.’

While someone else said: ‘This would completely physically repulse me and I wouldn’t be able to eat breakfast. Not sure why I’d have such a strong reaction but it seems so manky to me.

More people admitted it’s something they wouldn’t do but they have no problem if others want to.

One person said: ‘It’s something I wouldn’t do. My reasoning would be because I prefer to keep pyjamas clean by not sitting in places used by the general public. 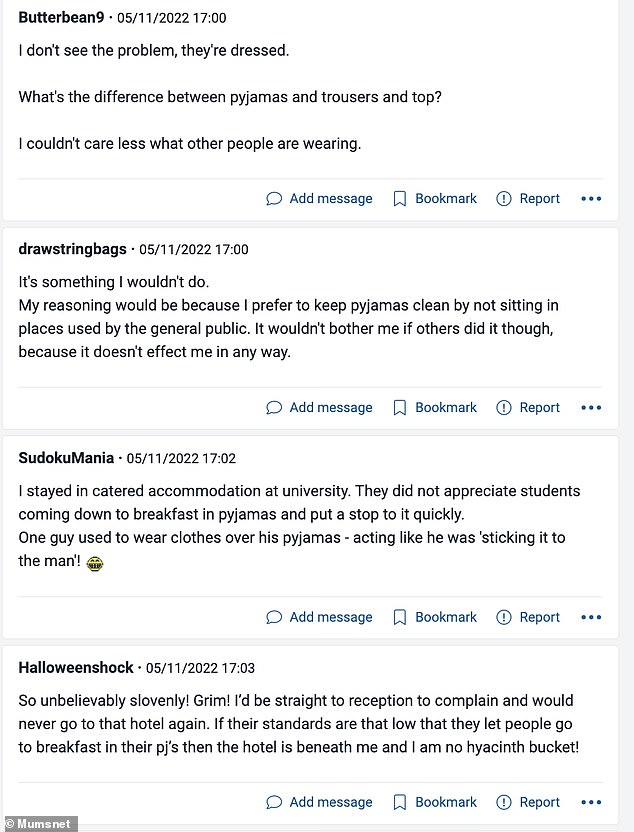 ‘It wouldn’t bother me if others did it though, because it doesn’t effect me in any way.’

While another wrote: ‘I don’t think it is appropriate. I wouldn’t do it and have never let my family either. We shower and get dressed first. I wouldn’t feel right otherwise.

‘I probably wouldn’t pay another family that much attention if they did it, beyond thinking that they looked like scruffs.’

While another said:’ As long as they’re covered, I genuinely couldn’t care. I draw the line at nips in the cornflakes though.’

And a fourth person wrote: ‘I wouldn’t do it myself, but I couldn’t care less if other people do. I’m surprised at the strength of so many posters reactions.’