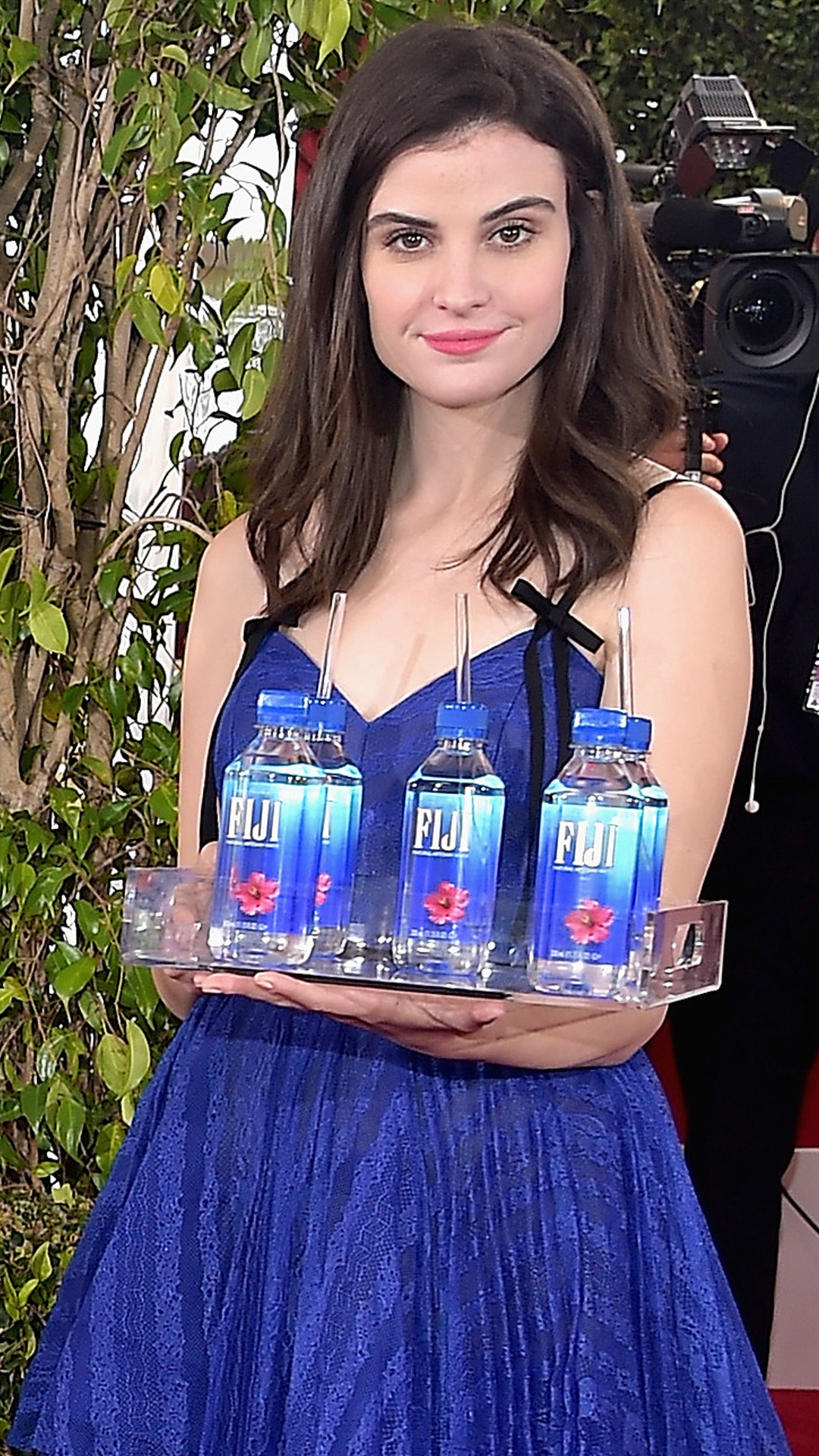 The 2019 Golden Globes garnered a lot of buzz last year, but it wasn’t necessarily because of the celebs or the flashy awards. It was all thanks to Kelleth Cuthbert, or as you probably know her, “Fiji Water Girl.” Unfortunately, this year Kelleth and her stealth photobombing skills will not be present at the 2020 Golden Globes.

Icelandic Glacial has announced it will serve as the official water of the 77th Golden Globe ceremony Jan. 5. This new partnership may be due in part to the lawsuit filed by Kelleth against Fiji for unauthorized use of her likeness and a countersuit from Fiji claiming she was trying to extort almost half a million dollars from the company.

Multiple sources told The Hollywood Reporter the lawsuit was a direct reason for the new partnership with Icelandic Glacial, however, a rep for the HFPA tells THR that Fiji had a two-year contract that expired. Either way, fans won’t get to enjoy the hilarious madness that ensued when Kelleth made appearances in many A-lister red carpet pics.

There is still plenty to be excited about when it comes to the 2020 Golden Globes. On Tuesday it was announced that comedian Ricky Gervais will once again take on hosting duties of the show. Ricky confirmed his excitement in a statement, and also revealed that this will probably be the last time you’ll see him in this capacity on the Golden Globes stage.

“Once again, they’ve made me an offer I can’t refuse,” Gervais said in a statement. “But this is the very last time I’m doing this, which could make for a fun evening.”

Related posts:
11/12/2019 Lifestyle Comments Off on Why You Won't See the Fiji Water Girl at the 2020 Golden Globes
Lifestyle