We’re only five episodes into Marvel’s newest miniseriesWandaVision, and the studio has proven once again that we’ll always be looped into their Cinematic Universe.

If you haven’t already been streaming WandaVision, picture a 1950s sitcom centered around the mysterious superhero Wanda Maximoff and the comical android Vision, but darker. The series stars Elizabeth Olsen as Wanda and Paul Bettany as Vision, but we’ve got our eyes on Teyonah Parris’ charismatic character, Monica Rambeau. Rambeau is the now-adult daughter of Maria Rambeau, who was introduced inCaptain Marvel as Carol Danvers’ best friend, and she’s quickly become a fan favorite among Marvel fans with her stunning performances each week.

Seeing an obviously Black woman on television with her natural hair is not only inspirational for young Black Marvel fans but the attention given to the physical characteristics of Rambeau elevates her as a character.

With every episode progressively changing decades, Geraldine went from sporting an updo and psychedelic fit that screams the 1960s in the episode “Don’t Touch That Dial,” to flawlessly flaunting an afro and groovy flare jeans with matching accessories and makeup in “Now In Color.” Then, after being kicked out of Maximoff’s illusion in the Brady Bunch-themed show, Captain Rambeau is shown again with her luscious natural hair in her S.W.O.R.D. suit. 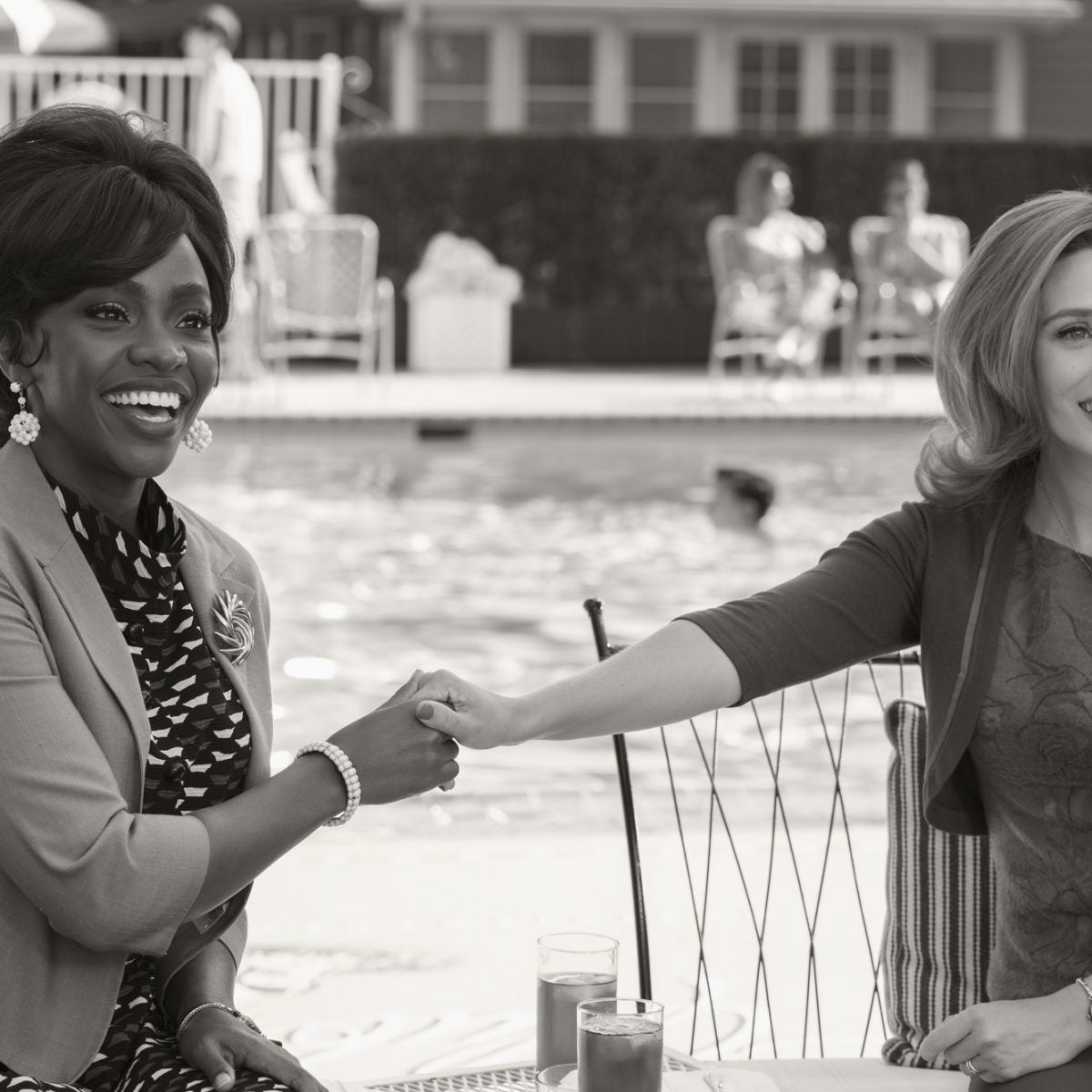 In a recent interview with Variety, Parris acknowledged the meaningfulness of seeing a Black woman in the superhero space.

“I think the thing that I hear most is usually from Black women who are excited to see images of themselves on screen,” she said. “I definitely have gotten love from women in my DMs, where they’re just like, ‘I’m really proud of you and I’m really excited. And this is really necessary.’ And I do agree that it is necessary, not only in the superhero space, but that it’s a larger representation. Although it’s a superhero fantastical [role], it still allows this Black woman to go into the homes of everyone, not only across the country, but across the globe. And I feel it does give audiences of all races, creeds, walks of life, an opportunity to engage with her humanity with the humanity of Black women. And that is so very important and I’m very honored and excited to be able to be a part of that process.” 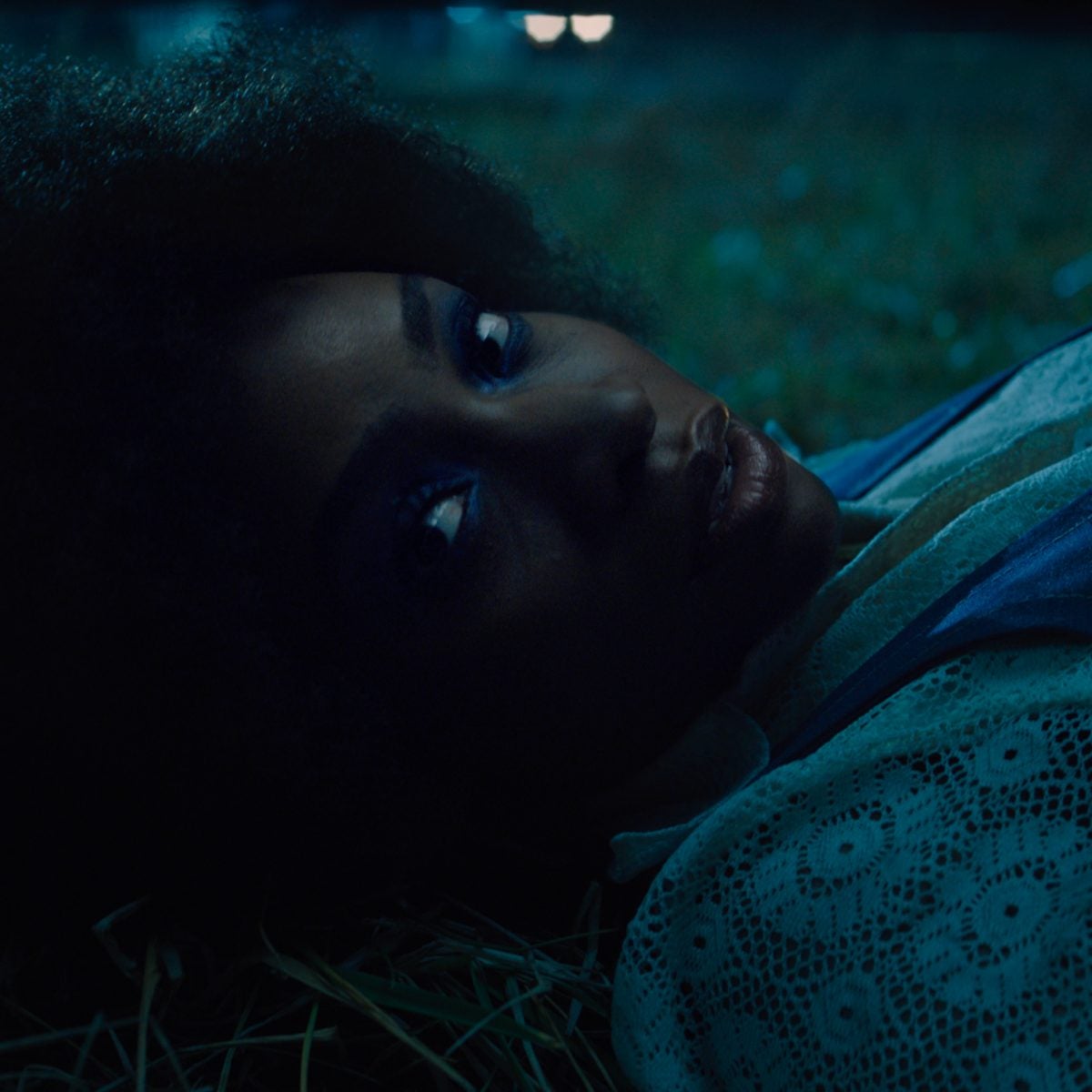 As Rambeau’s story unfolds, the significance of her representation doesn’t end with her style. Based on her comic book origin story, she’s destined to become the second Captain Marvel. She also has a number of aliases –Photon, Pulsar, and Spectrum– and a variety of superhuman abilities as a result of exposure to extra-dimensional energy. But energy manipulation is only a preview of what Rambeau can achieve, and with two of her early Avenger allies including Doctor Strange and Scarlet Witch, WandaVision and Rambeau are potentially connected to the Doctor Strange sequel slated for 2022. All of which suggests the Marvel Cinematic Universe has a lot in store for her character.

And that’s the beauty of Rambeau; she’s a full character. She’s compassionate, as we saw when she vouched for Maximoff after being kicked out of her version of Westview. And she’s resilient, quickly snapping into her role as captain at S.W.O.R.D. after losing her mother to cancer. Rambeau completely embodies the spirit of Captain Marvel with her commanding presence and that’s why Parris’ portrayal of her has so rapidly grabbed the attention of viewers week after week.

New episodes of WandaVision are available every Friday on Disney+.