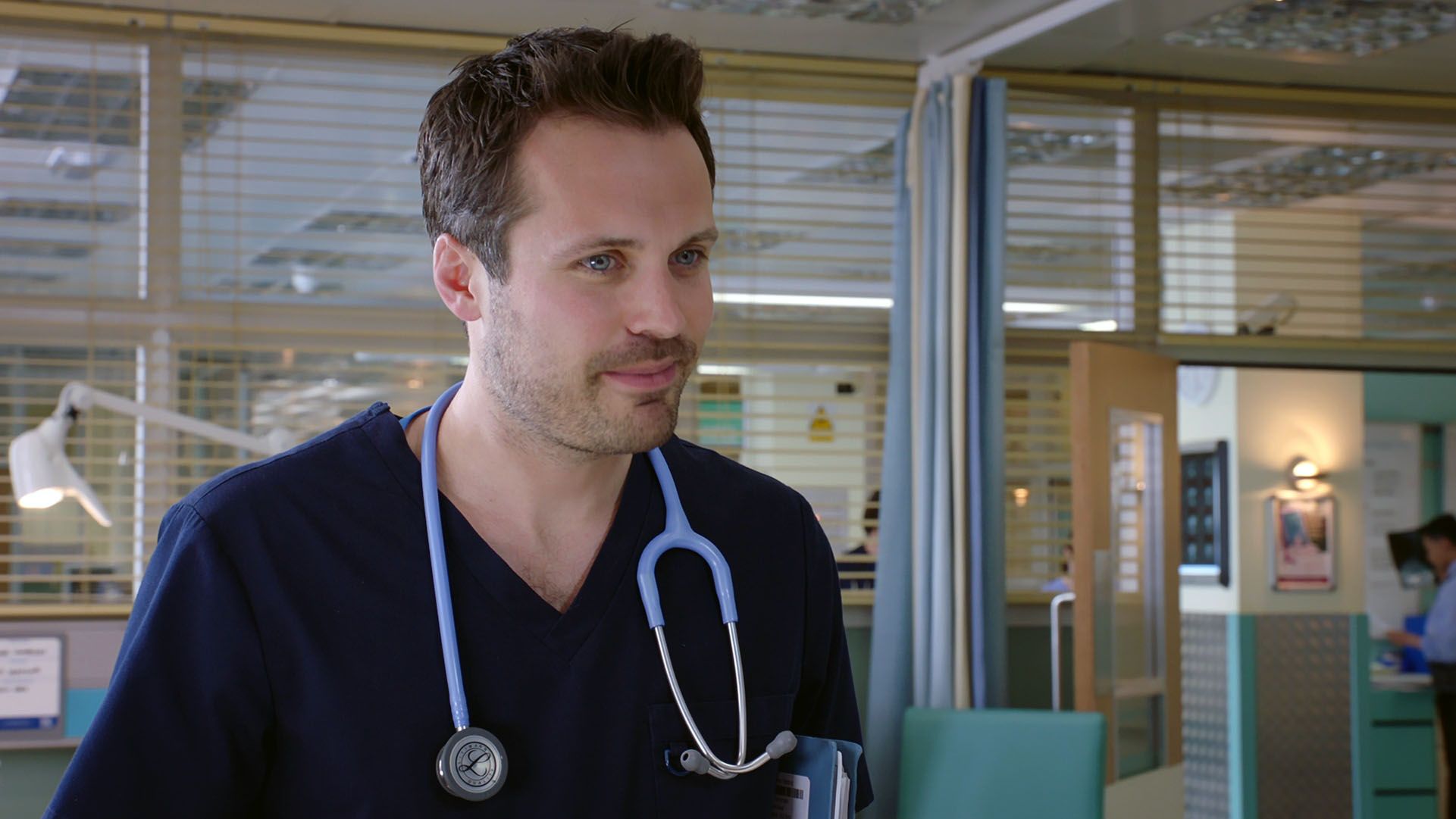 The beloved character hasn’t been seen since 2018, but will be returning to the hospital soon for the festive season.

So, as this beloved character prepares for his return, we’re here with a reminder on just who Oliver Valentine is and what his story is…so far.

Who is Oliver Valentine?

Oliver ‘Ollie’ Valentine is a former registrar who worked at Holby City Hospital from 2009 to 2018.

In June 2009, Ollie and sister Penny began their shifts at the hospital.

On AAU, they both managed to diagnose a patient, but only Ollie was signed to the ward for his rotation and Penny got sent to Keller Ward.

After time away, Ollie returned to the show in series 17 as the new registrar on Darwin.

Over the years, Ollie caught plenty of female’s attention after being dubbed a ‘ladies man’, but there are two relationships that stand out most for fans.

Who is Tara Lo?

After discovering Tara has a brain tumour, Ollie became fixated on finding a cure.

Oliver and Tara got married the day before her operation but due to complications in surgery, Tara died.

Who is Zosia March?

Ollie’s most recent relationship was with Zosia March (Camilla Arfwedson).

After numerous storylines including abortion and a bomb threat, Ollie proposed to Zosia with a haribo ring (classic), and they eventually got married.

When Zosia returned in 2019, she told Jac (Rosie Marcel) she was pregnant with Ollie’s baby and called her baby son Arthur after Zosia and Dom’s (David Ames) best friend Arthur Digby.

What happened to Ollie?

During the Group Animal episodes back in 2017, Oliver was shot in the head by Henrik’s son, Fredrik.

In the aftermath, Roxanna, Henrik and John Gaskell’s friend, cared for Oliver as the brain-damaged doctor slowly returned to full-health.

When did Ollie leave?

In 2018, Oliver left the hospital to recover and work on the new version of himself ‘Oliver 2.0’.

We don’t know when Ollie will return, but when he does, will he be fully recovered from his brain injury?

Or are there problems ahead for this beloved character?

10/12/2021 Lifestyle Comments Off on Who is Oliver Valentine in Holby City and what is his story?
Recent Posts