And then the ousted president of the Recording Academy looked up at the sky and said: "Dracarys."

The word is more Emmys than Grammys, but it's tough to imagine that Deborah Dugan wasn't surrendering, at least a tiny bit, to her inner Khaleesi when she filed her complaint against the Recording Academy to the Equal Employment Opportunity Commission on Tuesday, less than a week after the academy ousted her.

The complaint describes "egregious conflicts of interest, improper self-dealing by Board members and voting irregularities with respect to nominations for Grammy Awards, all made possible by the 'boy's club' mentality." It includes charges of Grammy voting impropriety, allegations of sexual harassment by the academy's legal counsel Joel Katz and the revelation that former academy president Neil Portnow had been accused of rape by an academy member. Attachment A is a memo Dugan sent to academy HR in December, detailing many of the charges made in her complaint. 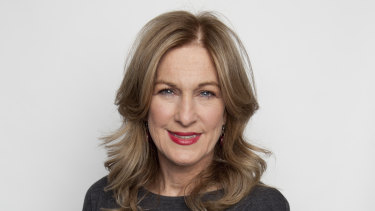 The disclosures shocked the music community a mere five days before the Grammy Awards, and rocked the academy leadership so far back on its heels that its first response was a sophomoric statement about how "interesting" it was that Dugan didn't make these accusations until she herself was the subject of a complaint.

What was actually interesting is that Dugan brought a dragon to what the academy saw as a knife fight – accusing her of "bullying behaviour" does not equal charges of voter corruption, financial impropriety and sexual harassment – and despite Dugan's December letter to HR, the academy apparently didn't think she'd fight back.

Almost immediately, Katz categorically denied making the sexual advances described by Dugan. And Portnow described Dugan's complaint as being full of "inaccurate, false and outrageous" claims about him before admitting that, yes, there had been a complaint filed against him but that he was exonerated after an independent investigation by "experienced and highly regarded lawyers." 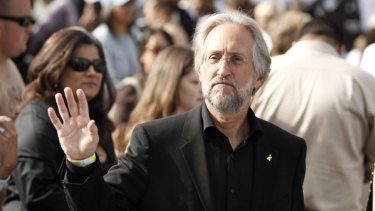 Former president of the National Academy of Recording Arts and Sciences, Neil Portnow.Credit:AP

The day after Dugan filed her complaint, Tammy Hurt, Christine Albert, Leslie Ann Jones and Terry Jones, all members of the academy's executive board, released a statement taking issue with the notion that academy leadership was a "boys club" and praising the "great strides" the academy has made in diversifying its membership.

Unless it can be proven that Dugan only took the job with the intention of shaking down the academy before her first-year anniversary, it's too late for the academy to pretend that Dugan was just a bad fit or a bully, too late to pretend that there isn't a problem that goes beyond creating a task force or making a high-profile female hire.

Dugan's version of her tenure confirms what many have suspected – that despite very recent strides in diversifying its membership, the Recording Academy is riddled with cronyism and run by a deeply entrenched old guard far more dedicated to preserving their own influence than instigating the kind of ground-up change many believe the institution needs to remain vital in the modern world.

After Dugan's scorched-earth complaint, changes will have to be made if only to preserve the Grammys' integrity, which has been seriously called into question.

As for the timing of events, that was the academy leadership's choice. By removing her from office 10 days before the Grammys, they launched the narrative about her being a bullying boss into the headlines. Then, when Dugan revealed that the decision to put her on leave came after her multi-tiered complaint to HR, interim president Harvey Mason Jr. all but accused her of blackmailing the academy by offering to drop her complaint if the academy paid her $22 million.

The veracity of that charge, or Dugan's counter-charge that it was the academy that offered her money to walk away, can't be evaluated at this stage in the revelations. But all manner of unnamed sources have offered conflicting insights and insider speculation about her – Dugan's management style was harsher than Portnow's, Dugan's lack of experience with the academy made her a bad fit, the board of trustees perceived her as a threat and she had sent the memo to HR as a power move when she learned the board was not going to implement any of her suggested changes.

More important, a larger narrative began to emerge: Dugan was being silenced to protect entrenched practices by an academy baldly using the excuse of behaviour unlikely to be criticised if she'd been a man. Sexism as a zero-sum game.

Both Dugan's complaint and the academy's responses feed into that narrative. There's a reason the slogan "I'm not bossy, I'm the boss" decorates the desks of so many female managers. Women are judged differently than men, particularly in leadership positions. Study after study has shown that women are expected to be more communal, nurturing and caring than men. Since these are not the qualities traditionally associated with leadership, those women who display such traits are often sidelined, while those who don't often find themselves judged as angry rather than assertive, bitchy rather than aggressive, self-centred rather than ambitious, cold rather than reserved.

Which doesn't mean a woman can't be an abusive manager, or overreach herself, or misjudge a situation. Possibly Dugan did one or all of these things. Or maybe the academy board thought that hiring a woman and having a task force would be enough – that change would look more like tweaking rather than revolution.

Whatever they thought doesn't really matter now. The house is on fire, mainly because the academy board could not imagine that the woman they hired to be an agent of change as president and CEO of their organisation knew how to control a dragon.

Related posts:
01/24/2020 Lifestyle Comments Off on When you oust the first female president of Grammys, she will burn down the house
Recent Posts
We and our partners use cookies on this site to improve our service, perform analytics, personalize advertising, measure advertising performance, and remember website preferences.Ok