Even people who have a fairy tale life sometimes go through heartbreak. That’s certainly the case with Kate Middleton, who in 2007 was dumped by Prince William.

Although they obviously worked it out (they’re now married with three kids), it was a difficult time for Middleton. However, the way she handled the breakup can teach other women a lot about being strong, and knowing your worth. 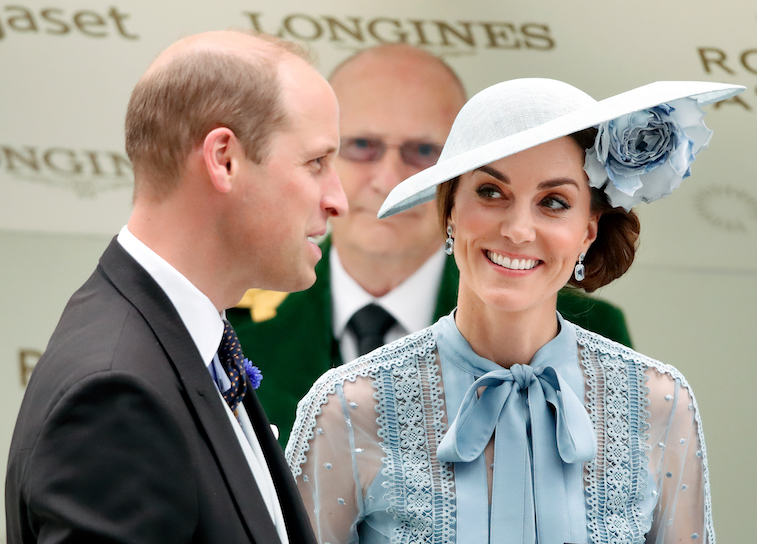 After meeting at the University of St. Andrews, and dating for five years, the prince and Middleton seemed to have a wonderful relationship. There were even rumors that he would soon pop the question.

But instead, William cut things off with Middleton. Why would he make such a drastic decision when it seemed like things were going so well? The queen and the royal family had put William under pressure to either get engaged, or break things off- and he just wasn’t ready to get married at that point in his life.

Middleton was devastated, but she didn’t let it ruin her. Later, during their engagement interview, Middleton reflected back on the break.

“At the time I wasn’t very happy about it, but it actually made me a stronger person. You find out things about yourself that maybe you hadn’t realised. I think you can get quite consumed by a relationship when you are younger, and I really valued that time for me as well, although I didn’t think it at the time.”

How did Kate Middleton respond to the breakup?

👀 We invite you to take a sneak peek at The Duchess of Cambridge’s #RHSChelsea ‘Back to Nature’ Garden! The woodland wilderness garden aims to get people back to nature, and highlight the benefits of the natural world on our mental and physical wellbeing. Speaking ahead of @The_RHS garden unveiling, The Duchess of Cambridge said: “In recent years I have focussed much of my work on the early years, and how instrumental they are for outcomes later in life. I believe that spending time outdoors when we are young can play a role in laying the foundations for children to become happy, healthy adults.” Some features of the #ChelseaFlowerShow garden include: 1. A swing seat hanging below the garden’s centrepiece, a high platform tree house, encouraging creative play and discovery for all generations. 2. The high platform tree house is inspired by a bird or animal nest and provides a wonderful place to retreat and look out through the trees. The treehouse is made from chestnut, with hazel, stag horn oak and larch nest cladding. 3/4. The garden is aiming to inspire interaction with the natural environment through its multi-sensory, green and blue plant scheme. The garden will be filled with incredible edibles, plants for craft activities, forest scents and a diverse range of plants, shrubs and trees of different heights and textures. The garden forms part of Her Royal Highness’s ongoing work on early childhood development and her mission to support efforts that give every child the best possible start in life. The Duchess has committed to making early childhood development the focus of her work in the years to come, and believes that providing children with the opportunity to spend time outdoors can play an important role.

During the time they were apart, instead of staying home and sulking, Middleton made it a point to be seen out and about with her friends. She went to parties, and out to clubs, but made sure that she never looked out of control. According to former BBC royal correspondent Jennie Bond, Middleton handled herself “brilliantly.”

“She did not make a fool of herself,” said Bond, “and crucially, she did not talk to the press.”

Even though she may have felt a little bitter, and it would have been easy for her to smear William, Middleton took the high road. By keeping things private, and not talking to the press, she was able to show William that she was trustworthy, and would handle the pressures of royal life well.

In addition to showing William she could still have fun, and could be trusted, Middleton won the prince back with a little help from a “sexy nurse” costume. In the book, Kate: The Future Queen, author Katie Nicholl explained how Middleton showed William exactly what he was missing. They were both invited to a “Freakin’ Naughty-themed” party, and according to Nicholl, Middleton was “dressed as a nurse- a rather sexy one in fishnet tights and a short dress.”

The outfit may have reminded William of the moment he first fell for Middleton. When they were at university, and she was in a charity fashion show. Middleton walked down the runway in back, see-through, fishnet style dress. That’s when William exclaimed, “Wow… Kate’s hot!” And then made the decision to pursue her.

Whatever the reason, the nurse’s outfit definitely got the prince’s attention. According to party goers, William “followed her around like a lost puppy.”

But before they got back together, Middleton let William know that she wanted to take things slow. Nicholl wrote in her book, “At the end of the month, they secretly met up at Clearance House and at a pub close to Highgrove, where William told her he wanted to get back together. Kate didn’t want to rush into anything. She had been badly hurt and told William she needed some time.”

In the end, it all worked out for the best. Middleton and Kate reconciled, and eventually married– fully confident and secure in their relationship.

What can we learn from the way Kate Middleton handled the breakup?

The Duke and Duchess of Cambridge, Prince George, Princess Charlotte and Prince Louis join The Queen and Members of @TheRoyalFamily to watch the @RoyalAirForceUK @RAFRedArrows fly past over Buckingham Palace, following Trooping the Colour, The Queen’s Birthday Parade. Trooping the Colour has marked the official birthday of the British Sovereign for over 260 years. Over 1400 parading soldiers, 200 horses and 400 musicians come together each June in a great display of military precision, horsemanship and fanfare to mark The Queen's official birthday.📷PA @TheRoyalFamily #TroopingtheColour #BuckinghamPalace #QBP2019

Middleton was hurt, and she didn’t hide those feelings. But she also didn’t wallow in them. She used the time apart from William to become more confident and secure in herself.

Instead of focusing on the relationship and what she had lost, she focused on herself, and what she wanted for the future. In that way, Middleton was able to eventually get her happy ending.