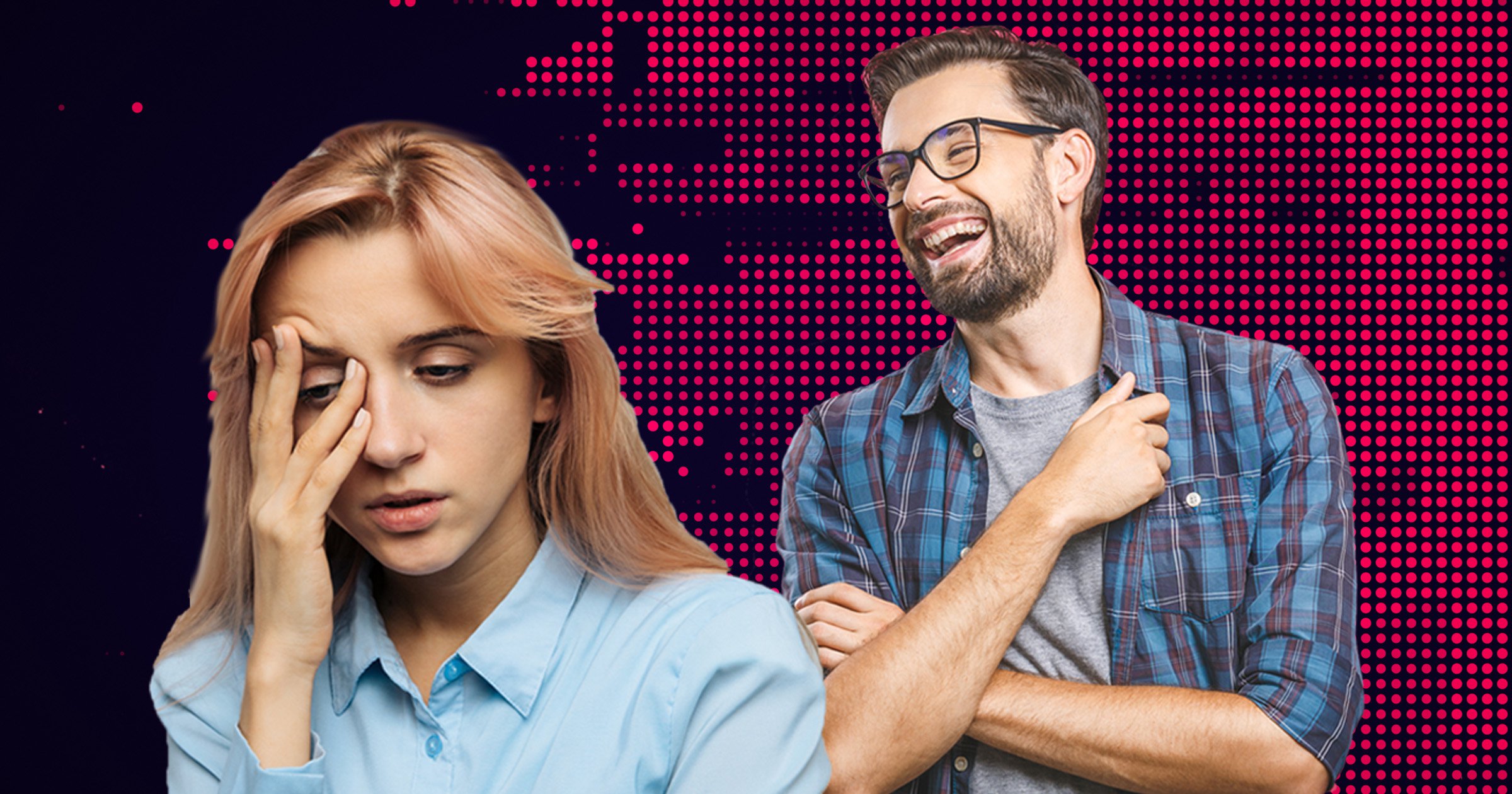 The annoying phrase that is often used to excuse a myriad of poor behaviour.

But if you’ve ever been on the receiving end of ‘negging’, you’ll know that it’s so much more than a harmless joke.

Negging is a ‘technique’ coined by so-called pick-up artists, as a way to get women into bed.

It’s the act of deliberately using an insult or backhanded compliment to undermine someone’s confidence and increase their need for approval.

It’s often passed off as a joke or ‘banter’, but that plays down this incredibly manipulative behaviour.

Ask anyone that’s been on a dating app for more than five minutes and they’ll give you examples of times they’ve been negged.

But according to Silva Neves, a psychosexual and relationship psychotherapist, this behaviour has been around long before the apps.

Silva, author of Sexology: The Basics, told Metro.co.uk: ‘Negging is a buzzword, but this type of manipulation has been going on for decades.’

So why is it still happening? Silva explains: ‘It doesn’t always have a dark motivation behind it.

‘For some people, it’s learned behaviour. It’s how their families spoke to them, and they think it’s a normal way of communicating.

‘Also, self-deprecation is a big part of British humour, and negging can be linked to this – we’re used to putting ourselves down and, sometimes, each other.

And psychologist, Emma Kenny, adds: ‘For some people, it’s their temperament.

‘Maybe they have a bit more of a disagreeable, critical personality, and unless you point it out to them, they don’t even see it as a problem.

‘Of course, there are also books and online personalities out there at the moment that pedal the myth that this is the way to attract women – which is total nonsense.’

Regardless of the reasoning behind it, negging can have a serious impact on a person’s mental health – and anyone who does it is likely to have deep-rooted issues of their own.

Emma says, ‘People who neg are deeply insecure and have a problematic relationship with themselves.

‘The idea that someone thinks that by undermining your self-esteem, or making you feel very vulnerable, you’re then going to crave approval is, to put it bluntly, stupid.’

Silva adds: ‘Someone who uses negging may will put their partner down as a way to make themselves feel better and more in control.

‘For example, say their partner was going on a night out and looks great, the person may find a way to insult their outfit or make up.

‘They don’t actually believe what they’re saying – they’re insecure that other people might find their partner attractive, and the relationship could be threatened.’

So, what do you do if you’re being negged? Silva says: ‘If you call out this kind of behaviour, you’re likely to be met with defensiveness – and they won’t change.

‘I would advise trying to have an open, calm conversation about why they treat you in this way. What’s going on that makes them think this is okay?

‘If they’re not willing to change when you’ve expressed your feelings, that says a lot about them and how much they value you.’

And if you’re reading this and think you might be guilty of negging, there’s hope for you yet. ‘If you’ve got the self-awareness to have worked out that you engage in negging, that’s a great first step,’ says Silva.

‘You need to break the habit. Be more conscious of what you’re saying and think before you speak.

‘It might also be worth speaking to a therapist.’

Rush Hour Crush – love (well, lust) is all around us

Tell us about your Rush Hour Crush by submitting them here, and you could see your message published on the site.

10/28/2022 Lifestyle Comments Off on What is negging and why does it still happen?
Recent Posts