WITH gyms closed yet again, we couldn't think of a better time to test out the new Wahoo multisport watch.

The new ELEMNT RIVAL GPS watch has been designed with triathletes in mind, and Wahoo can count the Brownlee brothers, Alistair and Johnny, amongst those trusting the device to aid their training. 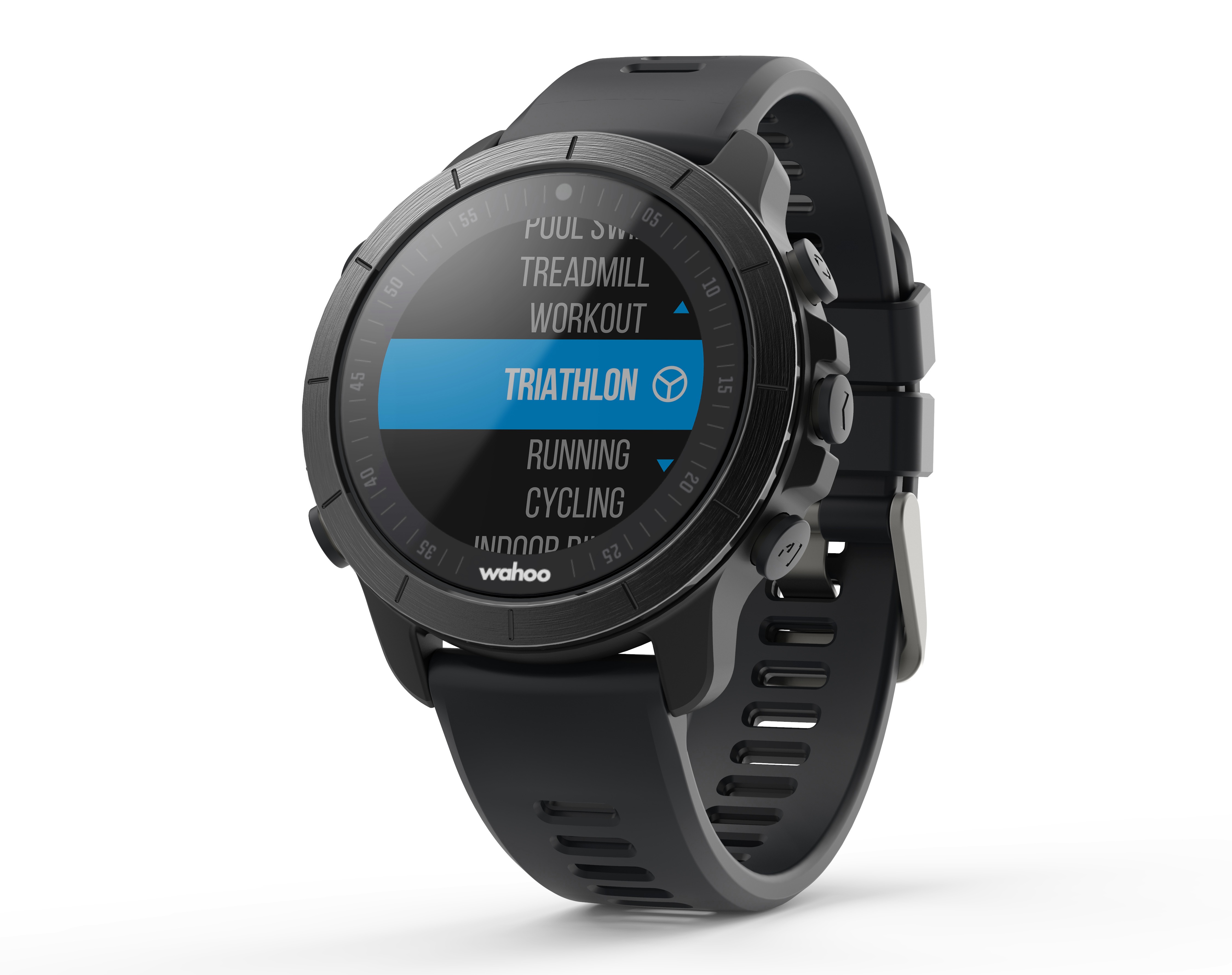 Released in late 2020, Wahoo fans have been long awaiting the release of a Wahoo watch.But was it worth the wait?

First and foremost, we should mention that this isn't a smartwatch (in the traditional sense of the word, anyway) and nor does it pretend to be. If you're looking for a watch which plays music and has built-in coaching and contactless payments, then this isn't the watch for you.

However, if you're after a multisport watch which will provide you with detailed data on metrics such as heart rate, elevation changes, and GPS based distance, time and cadence, then read on.

After 2 months of using the watch, here's a quick roundup of our thoughts:

We spotted a handful of negative customer reviews with people disappointed with the lack of smartwatch or general fitness tracker features, such as sleep tracking. However, if you've read into the specs of the watch and know what you're buying, then we think you'll find very little to complain about.

The watch is comfortable, provides detailed stats and data, and pretty much does everything we'd want it to. It's intuitive to use, and although some may have preferred a touchscreen, this wasn't something that particularly bothered us.

The other cons we listed were pretty much us nitpicking – we personally weren't bothered about the size of the watch, but imagine that some people may find it a tad chunky. And the fiddly charger was something we only had to deal with once a week (or sometimes fortnight), and even then it's not exactly troublesome.

Overall we'd recommend the Wahoo ELEMNT RIVAL watch, especially for triathletes and other multisport athletes eager to focus on the task at hand (rather than their sports watch), as well as keen runners and cyclists.

However, if you're after a more general fitness tracker that has in-built coaching, voice commands, sleep monitoring etc., you can find cheaper models more suited to this elsewhere on the market, such as the Fitbit Versa 3 or Apple Watch SE. 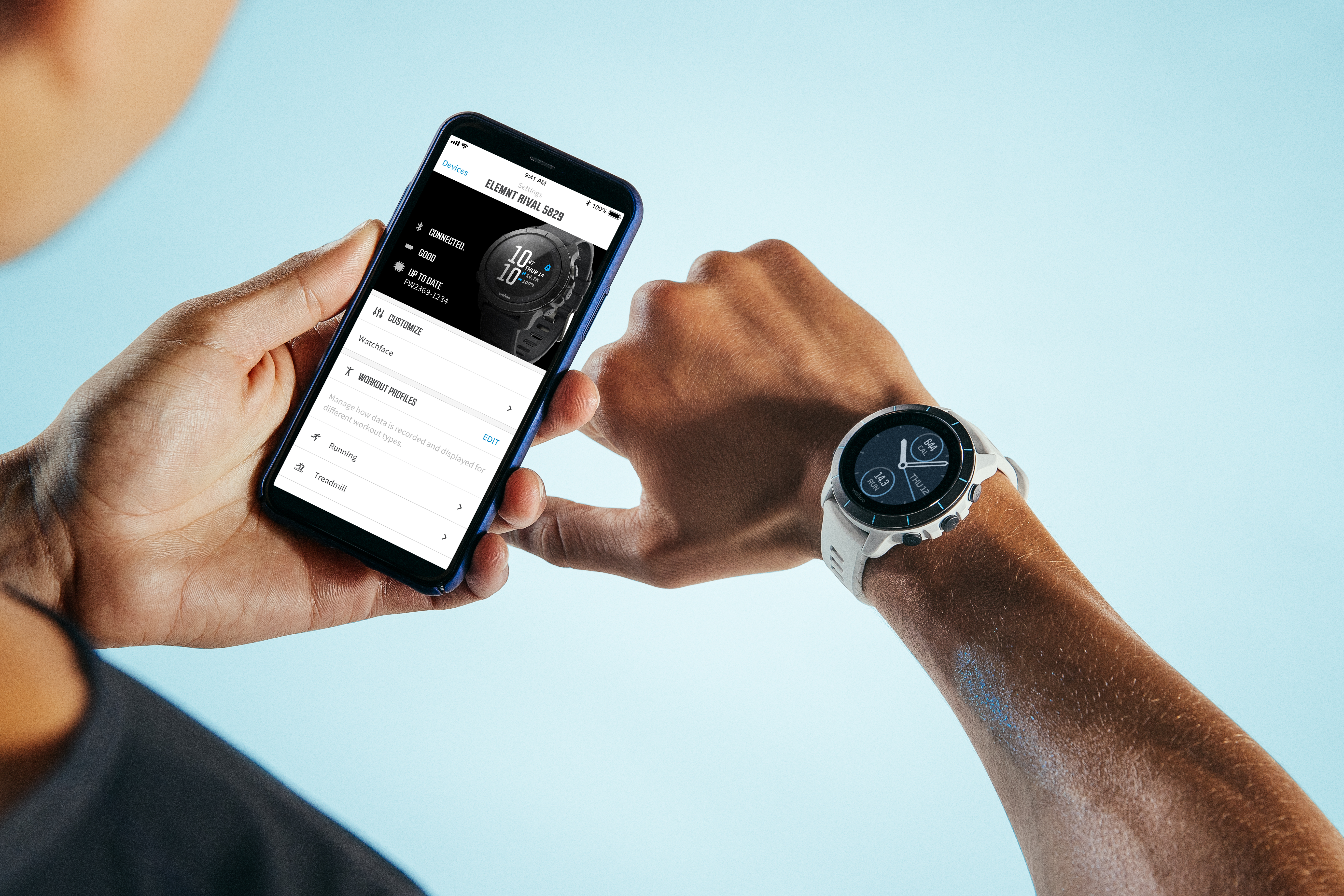 We tested out the Wahoo ELEMNT RIVAL watch over the course of two months (and a couple of lockdowns), giving us ample time to fully scrutinise the device.

The watch comes packaged in a sleek black and white box, which reminded us of the boxing of other Wahoo products, such as the ROAM. Inside you'll find the RIVAL, the charger, a product information guide and a quick start guide to get you on your way with minimal fuss.

Our watch arrived practically fully charged, which made the setup process extremely quick and easy. The quick start guide provides you with all the information you need to set up your watch, as well as an introduction to the main functions. There are also useful tutorials you can read on the free ELEMNT Companion app, though due to the key functions and layout being extremely intuitive, you'll probably figure out how to use the watch without them.

The first thing we noticed about the RIVAL was how light and comfortable it was to wear. It weighs just 53g and during the testing period, we would often forget that we were wearing it.

The watch comes in two different colourways – Kona White and Stealth Grey. There are four different watch face designs to choose from, and you can change the widgets and colours via the app to suit your preferences.

It has a large, clear watch face which is protected by Gorilla Glass. And the ambient light sensor adjusts the screen brightness depending on the light level, making it easy to read in most settings. In addition to this, you can also push the top left-hand button to turn on the backlight.

The combination of all of these things made the data really clear at a glance when running. You can also push the bottom left-hand button mid-workout to view different stats more closely, such as HR, distance and elevation. All of these things we found particularly useful when training.

When previously testing out cheaper fitness trackers and smartwatches, we often found ourselves questioning the accuracy of the data. This wasn't an issue that we had with the RIVAL – the GPS tracking and other stats all aligned with our expectations and led us to fully trusting in the data.

We also found the auto-pause function to be really reactive compared to some other fitness watches we'd tried. Living in an urban area, we're regularly having to stop to cross roads, so the RIVAL's effective auto-pause button was really appreciated when we were forced to wait at a busy junction. 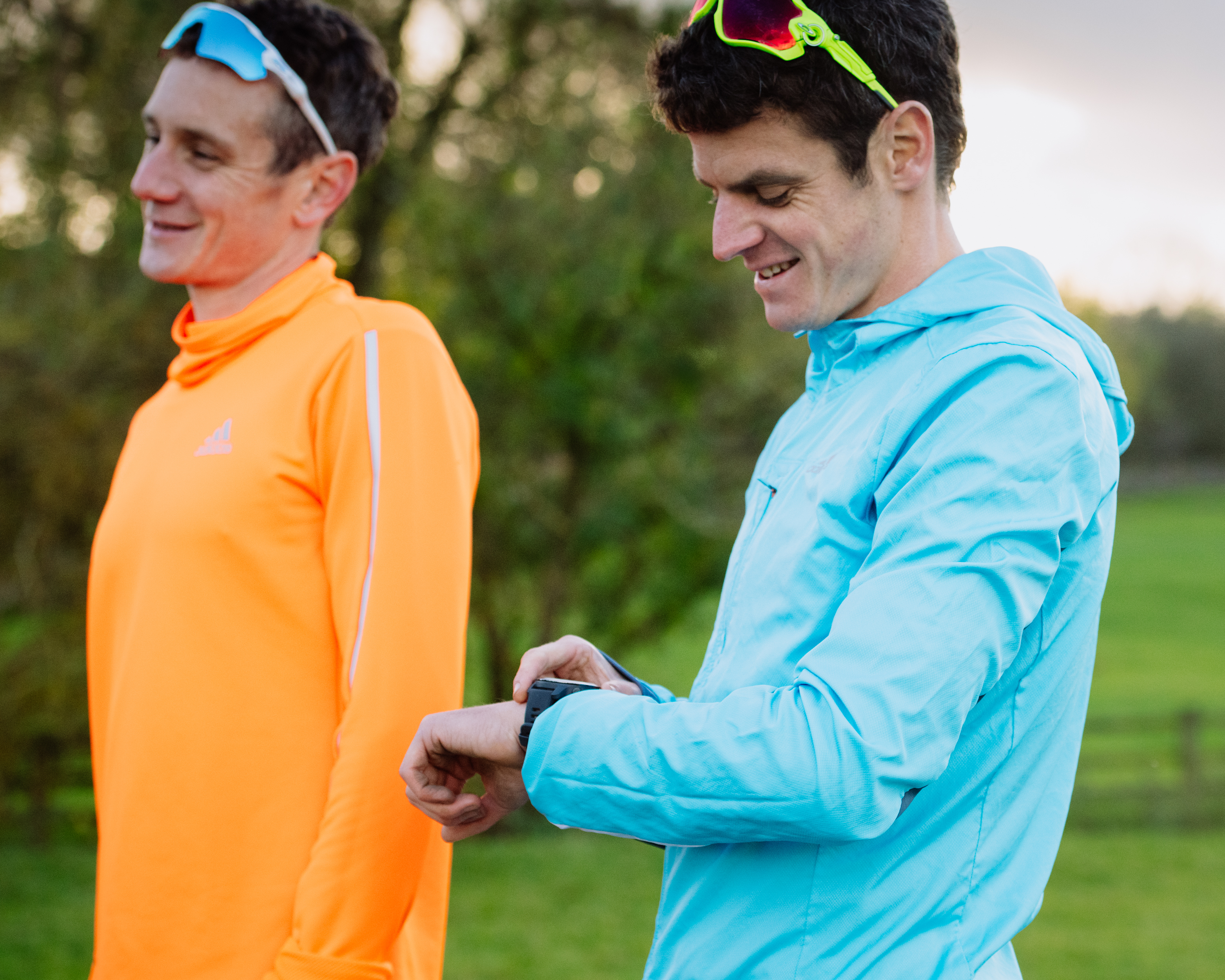 Arguably the most impressive feature of the RIVAL is the Touchless Transition technology, which is a brand new innovation from the guys over at Wahoo.

The watch automatically transitions between the different legs of a triathlon, saving athletes valuable seconds and allowing them to focus on the sport they're enduring rather than fiddling around with their watch.

You may find it takes a second or two to transition, but you can edit each leg via the app later on.

Here's a list of a few features and specs worth noting:

The RIVAL is currently lacking in a few features that some of its competitors offer, such as VO2 Max data and training plans. Though it's worth bearing in mind the RIVAL will likely gain more features over time through updates.

View the full list of features and specs here

The ELEMNT Companion app is free to download from the Apple Store or Google Play, and is compatible with all Wahoo products.

We found the app relatively straightforward to use, although it's worth playing around with or watching the tutorials as there are a lot of useful features which you may not initially realise are there.

The Wahoo ELEMNT RIVAL was released in November 2020 and is currently available to buy from several UK websites, including Wiggle and Wahoo.

Overall we really enjoyed testing out the Wahoo RIVAL and were particularly impressed with the unique Touchless Transition and Multisport Handover features.

We think that fans of the Wahoo brand will appreciate that they've stayed true to their classic and simplistic design, making the watch easy and intuitive to use. And we expect the features only to improve with software updates.

We'd say that this is a premium sports watch geared toward serious athletes, so if you're looking to simply track your steps or are after a more general fitness tracker then there are cheaper options on the market that will suffice.

But for multisport athletes who can benefit from the Touchless Transition technology, other keen athletes, those interested in data and stats, and fans of the Wahoo brand, we'd say the Wahoo ELEMNT RIVAL is a great bit of kit.

Enjoyed our Wahoo RIVAL watch review? Then you might like our recent review of the Echelon Spin Bike.

Kicked off the New Year with a fitness push? We've rounded up the best value treadmills here.

01/13/2021 Lifestyle Comments Off on Wahoo Watch Review: Testing out the new ELEMNT RIVAL
Recent Posts
We and our partners use cookies on this site to improve our service, perform analytics, personalize advertising, measure advertising performance, and remember website preferences.Ok