For the first time since Prince died unexpectedly in 2016, the singer’s estate will release a completed — but never-before-heard — album from his storied vault of leftover music.

Until now, the estate has largely focused on re-releasing some of the biggest albums of Prince’s career, like 1999 and Sign o’ the Times, or on compilations like Originals, made up of the singer’s demos that became hits for other artists.

But on July 30, Welcome 2 America, a 12-track album recorded at Prince’s Paisley Park Studios in 2010, will finally see the light of day. 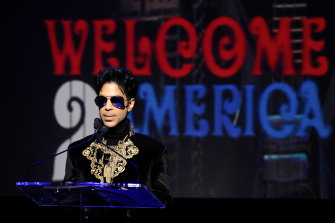 In its announcement, the estate called Welcome 2 America a document of “Prince’s concerns, hopes and visions for a shifting society, presciently foreshadowing an era of political division, disinformation, and a renewed fight for racial justice.” The album touches on “golden parachutes, the superficial nature of social media, reality TV-fuelled celebrity culture, and corporate monopolies in the music industry, ultimately concluding that America is the ‘Land of the free / home of the slave,’” the estate said.

It also included a quote about the album from Prince at the time, written in his trademark style: “The world is fraught with misin4mation. George Orwell’s vision of the future is here. We need 2 remain steadfast in faith in the trying times ahead.”

In line with that message, songs from the album include titles like Running Game (Son of a Slave Master), Born 2 Die and One Day We Will All B Free. On the title track, Prince sings, “Distracted by the features of the iPhone / Got an application, 2 fix Ur situation.”

From 2010 to 2012, Prince played more than 80 concerts on a tour of the same name, but he never explained why he shelved the related Welcome 2 America album.

It has been a fraught road for the estate since the singer died from an accidental overdose of an opioid painkiller five years ago this month. While Prince was known for fastidious control over his career, including retaining ownership of much of his music, he left no will. Prince was determined to have six family members who qualified as heirs, although one — a half-brother — has since died.

The release of Welcome 2 America will come via Legacy Recordings, a division of Sony Music Entertainment, which began releasing Prince music after an earlier $31 million deal between the estate and Universal Music was rescinded by a judge. 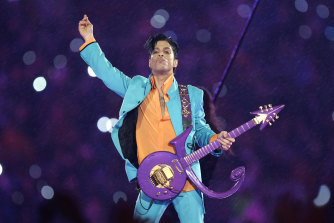 Prince performs during the halftime show at the Super Bowl in 2007.Credit:AP

The estate has since faced tax problems with the IRS, which said that the estate is worth $163.2 million — nearly double the $82.3 million claimed by the estate’s administrator, Comerica Bank & Trust. (A judge overseeing the estate has referred to a state of “personal and corporate mayhem.“)

Prince’s vault at Paisley Park, his studio complex outside of Minneapolis, is thought to contain hundreds — or potentially thousands — of unreleased songs.

04/08/2021 Lifestyle Comments Off on Unreleased Prince album, Welcome 2 America, due out in July
Recent Posts