The UK’s highest-rated Uber driver says the secret to his success is simply getting customers to their destination ‘as soon as possible and as comfortably as possible’.

After seven and a half years working for Uber in and around Manchester, Michael Quinn, 73, has received the most five-star ratings of any driver across the UK.

And with 67,000 trips under his belt, he’s also completed the most rides country-wide

He even completed one recent trip where he rushed a university student who had suffered a suspected heart attack to hospital when it emerged an ambulance would take 45 minutes.

On Tuesday November 1, Michael received an Uber Hero Award at a ceremony in London in recognition of his achievements, which he described as ‘a very proud time in my life’. 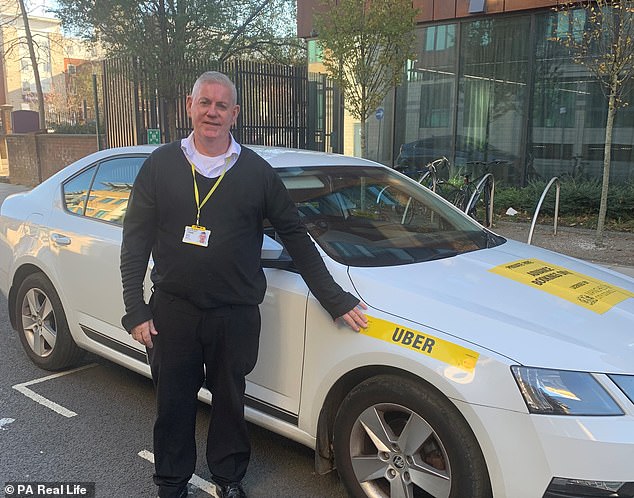 Having previously worked as a taxi driver before he joined Uber, he now averages approximately 200 trips in his six-day working week, starting at 6am and finishing around 8pm 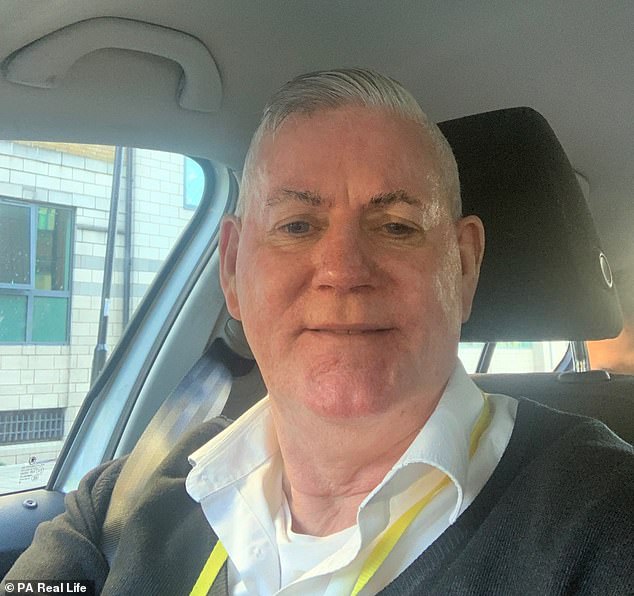 Michael,73, loves his work and says the secret to being a top-rated driver is simply making sure that customers get there comfortably and in good time

Michael, who claimed the title ahead of over 85,000 Uber drivers across Great Britain, said he has been labelled ‘the best driver’ in Manchester by passengers and said he enjoys being able to ‘enhance’ a stranger’s day.

He said: ‘You’re meeting people from all walks of life – different ages, different backgrounds, all with hopes and dreams in their lives and aspirations and worries and anxieties.

‘It’s marvellous to get feedback from complete strangers with you for such a short time and yet you’re able to enhance their day in that moment of meeting them.

‘I get comments like, “Thank you, Michael, for getting me to the train on time,” and “Yes, you are the best driver in the city!”‘ 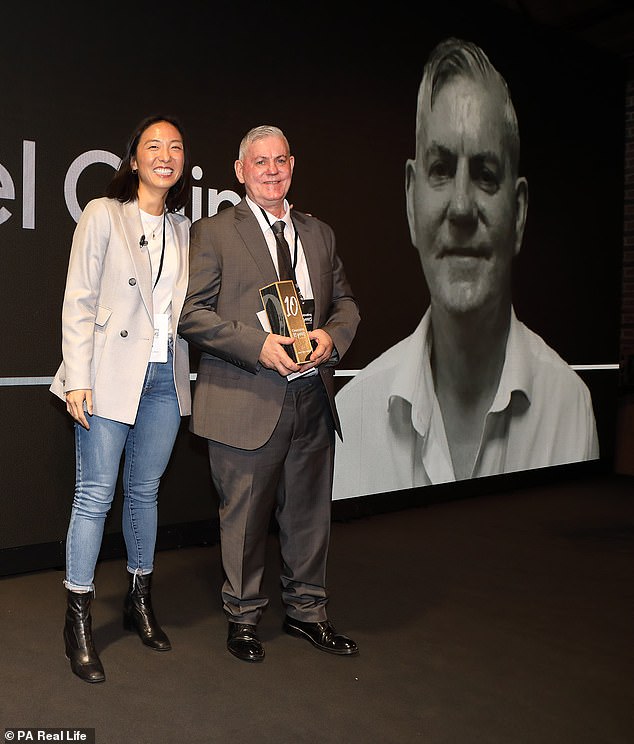 Michael, who claimed the title ahead of over 85,000 Uber drivers across Great Britain, said he has been labelled ‘the best driver’ in Manchester by passengers

Michael was born in Liverpool but has spent most of his life in Manchester, and now lives alone just 10 minutes outside the city centre.

Having previously worked as a taxi driver before he joined Uber, he now averages approximately 200 trips in his six-day working week, starting at 6am and finishing around 8pm.

He was recognised for his momentous amount of trips and top ratings from customers at Tobacco Dock in east London on Tuesday, receiving an Uber Hero Award.

‘It was a very proud time in my life, actually,’ Michael said.

‘It was very, very humbling – I just get on with my work and that’s good enough for me, and to be recognised is really fantastic.

‘I think everyone has milestones in their life and certainly this is one for me.’

But Michael’s career has not only included helping people catch their train – just last week he drove a university student who had suffered a suspected heart attack to A&E.

‘The nearest ambulance was 45 minutes away,’ he said.

‘The university rang an Uber and I was there to take him to an A&E as soon as possible.

‘And keep him calm – because he really was so worried and panicking.’

Michael said he was able to keep the young man settled before safely seeing him into the hands of hospital staff at Manchester Royal Infirmary.

His journeys have also featured moments of ‘beauty’ which he said have stayed with him.

The Uber driver revealed: ‘I always remember this couple I picked up a long time ago now, a very young couple that had just gone to the chippy. 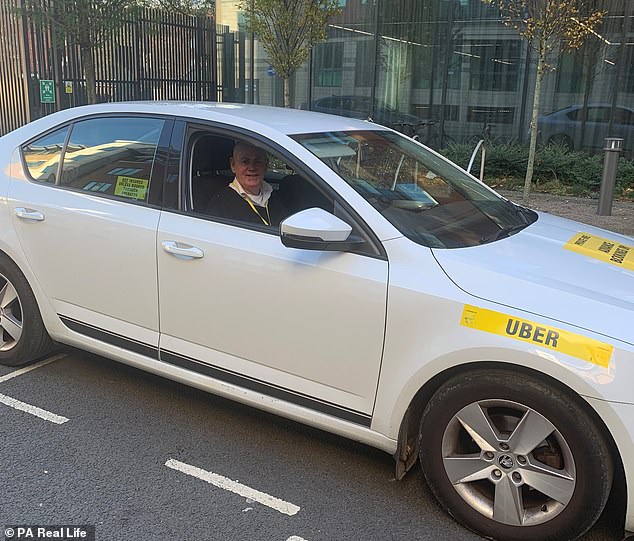 He was recognized for his momentous amount of trips and top ratings from customers at Tobacco Dock in east London on Tuesday, receiving an Uber Hero Award

‘It was a Saturday night about eight o’clock, and their evening was going to be in front of the fire with their fish and chips, and each other.

‘It’s always been with me, that experience… how beautiful to see – they had nothing, but they had each other.’

Michael provided some tips and advice on how to be a great Uber driver that he has learned over the last seven years.

He said: ‘Your opening words are crucial, so are your closing words.

‘Speak whenever you need to speak or what have you, but it’s mainly to make sure that person gets to where they are going from A to B as soon as possible and as comfortably as possible.’

He added that keeping a positive attitude and ensuring your vehicle is clean and tidy can also help to boost in-app ratings.

‘It was a great honor and it’s just typical of a company like Uber to recognise their drivers in this way,’ he said.

‘Because I have no other companies I’ve heard of that do this.

‘And the customer is so, so important – that is what I love about Uber.’

Michael was honoured as Uber celebrated 10 years since it first launched in London – when just 69 drivers worked for the company.

Alongside data on the most trips and highest ratings over the last decade, Uber’s busiest day in the UK was revealed – December 14 2019 when over one million rides were completed in 24 hours.

Uber also confirmed its longest journey taken by a passenger – a six-hour, 438-kilometre trip from Heathrow Airport to Loch Lomond in Scotland.

A North West Ambulance Service spokesperson said: ‘Emergency services remain under significant pressure, and we are working hard to ensure everyone who needs an ambulance gets one as quickly as possible.’

‘However, we must attend to the most life-threatening conditions and injuries first, and this can mean some patients are waiting longer than we would like.

‘To be as transparent as possible about the pressure we are facing, we offer estimated times of arrival, which allows patients to consider making alternative transport arrangements to the hospital, as happened in this case.

‘If this is not possible, an ambulance will frequently arrive sooner than advised.

‘We are grateful to patients for considering alternatives for non-urgent health concerns, including NHS 111 online, GP or local pharmacy, which helps us keep our ambulances available for other patients’ emergencies.’