Celebrity chef Tom Kerridge and his wife, the artist Beth Cullen, have been sharing the secrets of their successful three-decade union, saying having independent, creative careers has helped them be fulfilled at work and at home.

The couple, who share a son, Acey, six, met in Camden in the late Nineties and have been together ever since, with Cullen saying they spent their early twenties enjoying London’s nocturnal life, after then sous-chef Kerridge would finish late shifts in the capital’s kitchens.

The 52-year-old sculptor also told The Sunday Times that she took a ‘live and let live’ approach to her husband’s weight – he tipped the scales at 30 stone by the age of 40 – and would never have told him to stop drinking or shed the pounds. 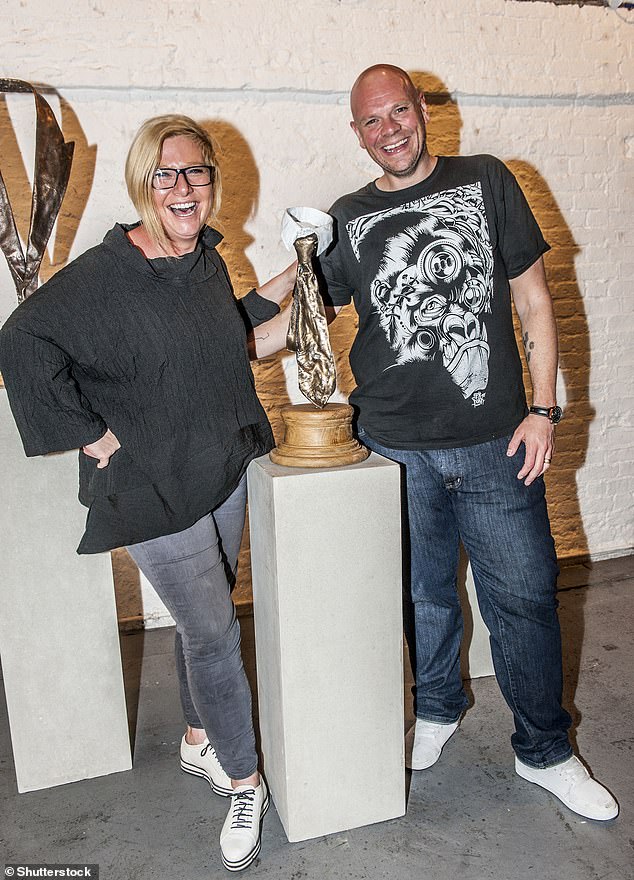 Tom Kerridge and his sculptor wife, Beth Cullen, pictured in 2014, told The Sunday Times they first met when they were in their 20s…and would stay out all night having fun – with Cullen admitting she sometimes missed their drinking sessions, since the Hand and Flowers chef quit drinking 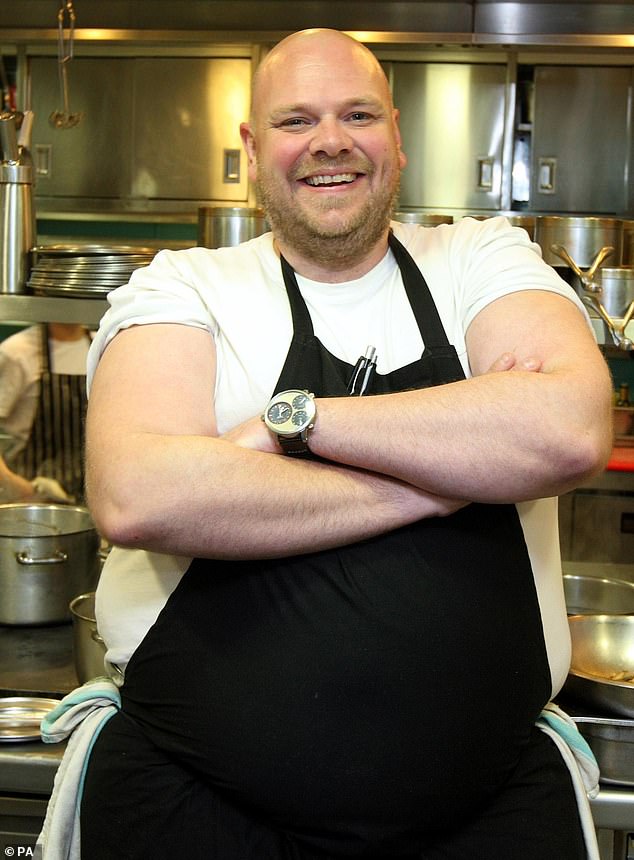 She said: ‘When he started putting on weight, I never talked to him about being big or drinking too much. I’m not the kind of person who likes to tell people personal things, especially with a husband!

‘He’s a big man, he knows what he’s doing, and if he wants to drink, then drink. As long as it doesn’t affect me in a bad way, I’m very much live and let live.’

She added that she sometimes missed their drinking sessions, saying ‘we did have a lot of fun, but he’s essentially the same and we still have a giggle.’

The Michelin-starred chef, 49, decided to lose weight over five years ago, after admitting that he was ‘mortified’ by the way he looked before.

He said he decided he needed to go on a diet when he turned 40, fearing that he would die young if he didn’t make a drastic change. 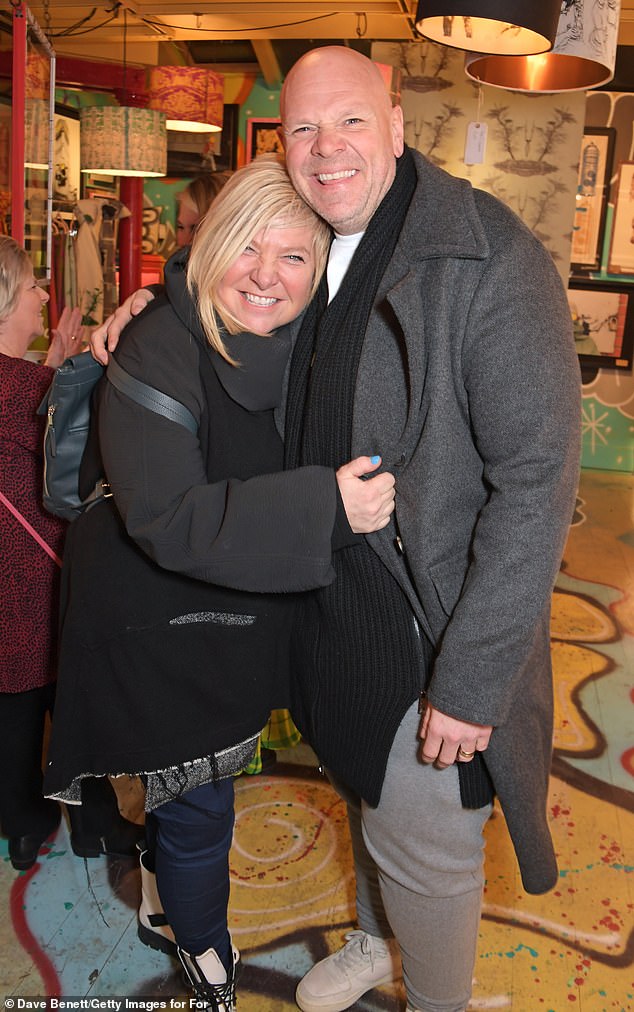 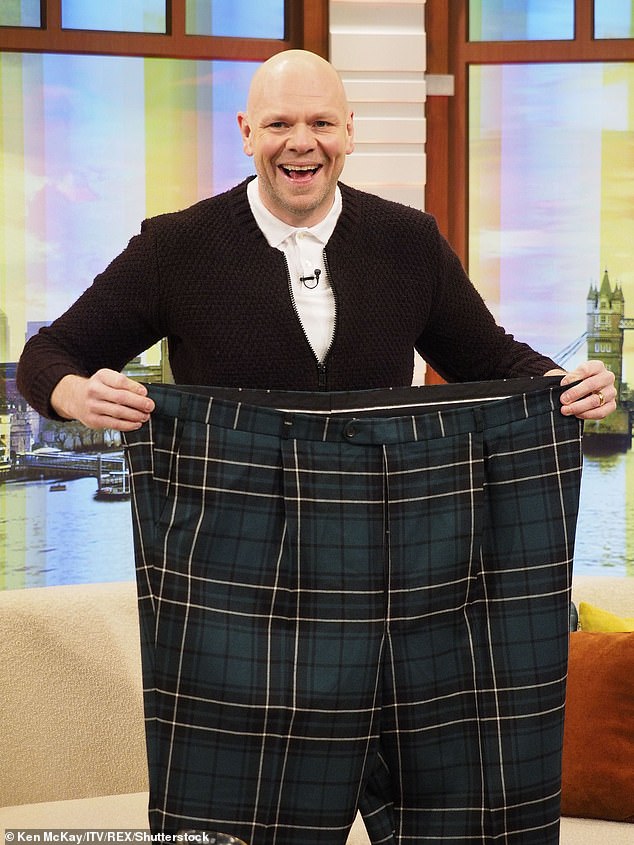 Describing his feelings in 2017 on how he looked before his transformation, the chef told The Sunday Times Magazine: ‘Mortified … I mean, it doesn’t even look like me. I was absolutely huge.’

He explained how he decided that he needed to change his diet during a moment of reflection around his 40th birthday.

Kerridge managed to shed the pounds by cutting carbs and alcohol out of his diet, and eating fewer calories.

The chef released a book that year entitled Tom Kerridge’s Dopamine Diet: My Low-Carb, Stay-Happy Way To Lose Weight, which included low-calorie recipes he enjoyed eating while on his journey to losing weight.

In September, Kerridge revealed how the cost of living crisis was impacting his successful empire.

The Michelin-starred chef said his pub The Hand and Flowers in Marlow, Buckinghamshire, received a quote for its electricity bill that increased close to 700 per cent.

Kerridge, who owns three pubs based in Marlow as well as five other restaurants and bars, said that an electricity bill at one of his pubs would soar from £60,000 to a staggering £420,000 a year – a 600 per cent increase – without Government intervention for businesses.