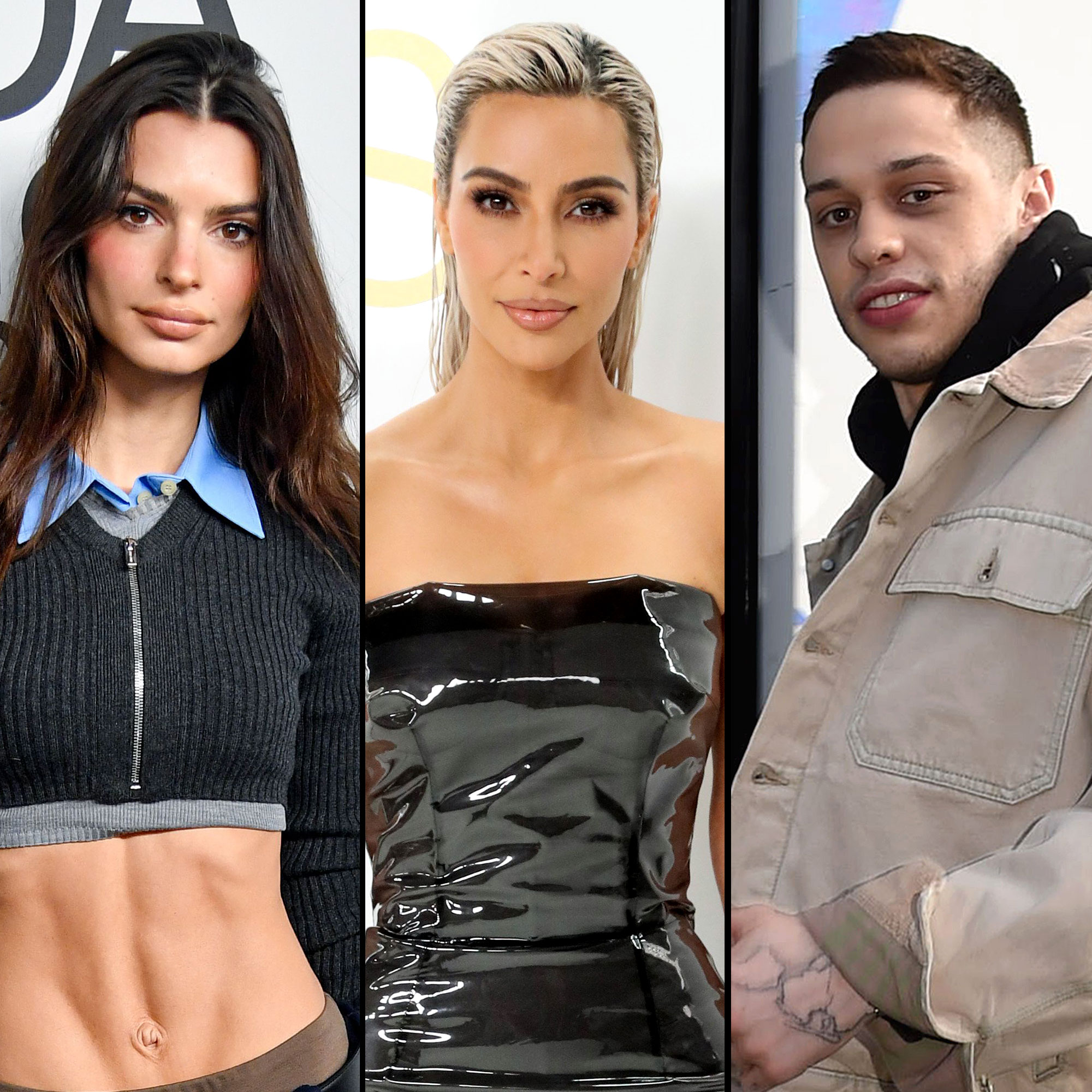 The Skims CEO, 42, showed off photos of a massive bouquet of red roses via Instagram on Thursday, November 17, to celebrate the launch of her shapewear brand’s holiday collection. In the pictures, Kardashian — wearing a sparkling bikini top and matching pants — grins before leaning in to smell the flowers. Ratajkowski, 31, “liked” the photo shortly after it was shared by the Keeping Up With the Kardashians alum

Us Weekly broke the news on Monday, November, that Davidson, 29, and the My Body author are dating following his split from Kardashian. “Pete and Emily have been talking for a couple months now,” a source exclusively told Us, adding that the relationship is “in the very early stages, but they both really like each other.”

The insider continued: “Pete makes Emily laugh and he loves how intelligent she is.”

Ratajkowski and Davidson were photographed together for the first time on Wednesday, November 16, with the King of Staten Island star sharing a sweet moment with the model outside her New York City apartment. Ratajkowski appeared to be holding a birthday present for her new beau as the pair headed out for a night on the town.

Before he and the Gone Girl star hit it off, Davidson sparked a whirlwind romance with Kardashian, who hosted Saturday Night Live in October 2021. “I never knew that you could just be so happy watching a TV series and going to the gym,” the KKW Beauty founder — who filed for divorce from Kanye West in February 2021 — gushed to her sisters during a June episode of Hulu’s The Kardashians. “From someone that I never thought would even go to the gym or has been to the gym before.”

She continued: “I actually don’t care if I go out like this and have no makeup on. It is the most refreshing feeling to not feel [like I have to always be perfect].”

Though they appeared to be going strong, Us confirmed that the California native and the Bodies Bodies Bodies star called it quits in August. “It’s upsetting for both of them, but it is what it is,” a source exclusively revealed at the time, adding that the former couple planned to “remain friends” and still had “respect” for each other. 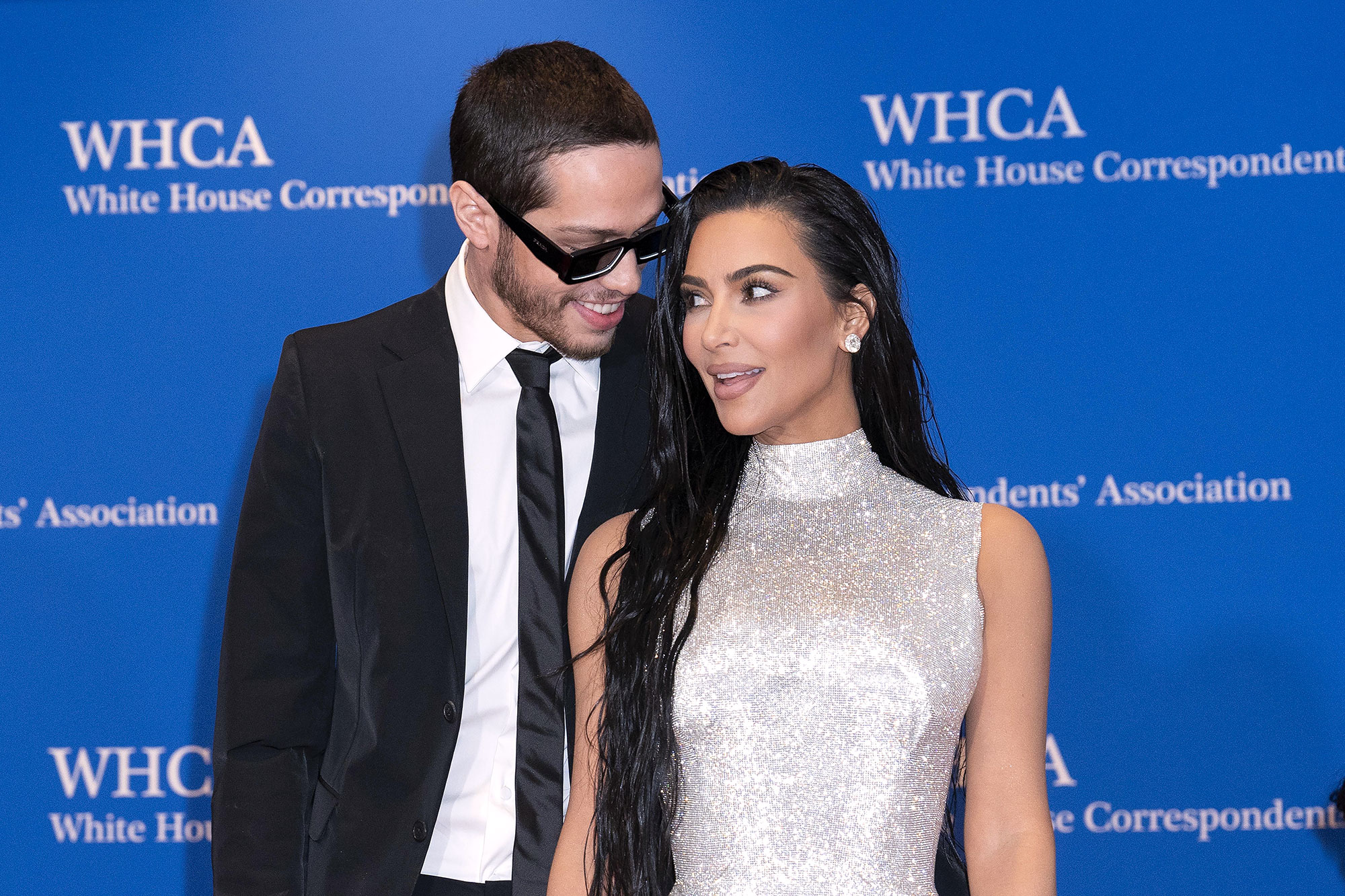 Ratajkowski, for her part, filed for divorce from husband Sebastian Bear-McClard in September amid rumors that he cheated. (He has not publicly responded to the allegations.) The duo share 21-month-old son, Sylvester. “She got an apartment downtown to get away from her ex and start her new life. They’re only speaking to each other through the nanny,” an insider shared with Us after the split. “She isn’t speaking to him because of his infidelity, he isn’t speaking to her because he feels she was checked out of their relationship for the last year.”

Last month, the We Are Your Friends actress opened up about dating for the first time since her divorce. “I can tell you that I have never been single before,” she told Harper’s Bazaar in October. “I feel all the emotions. … The only good thing I know is that I’m feeling all those things, which is nice because it makes me believe that I’ll be OK.”