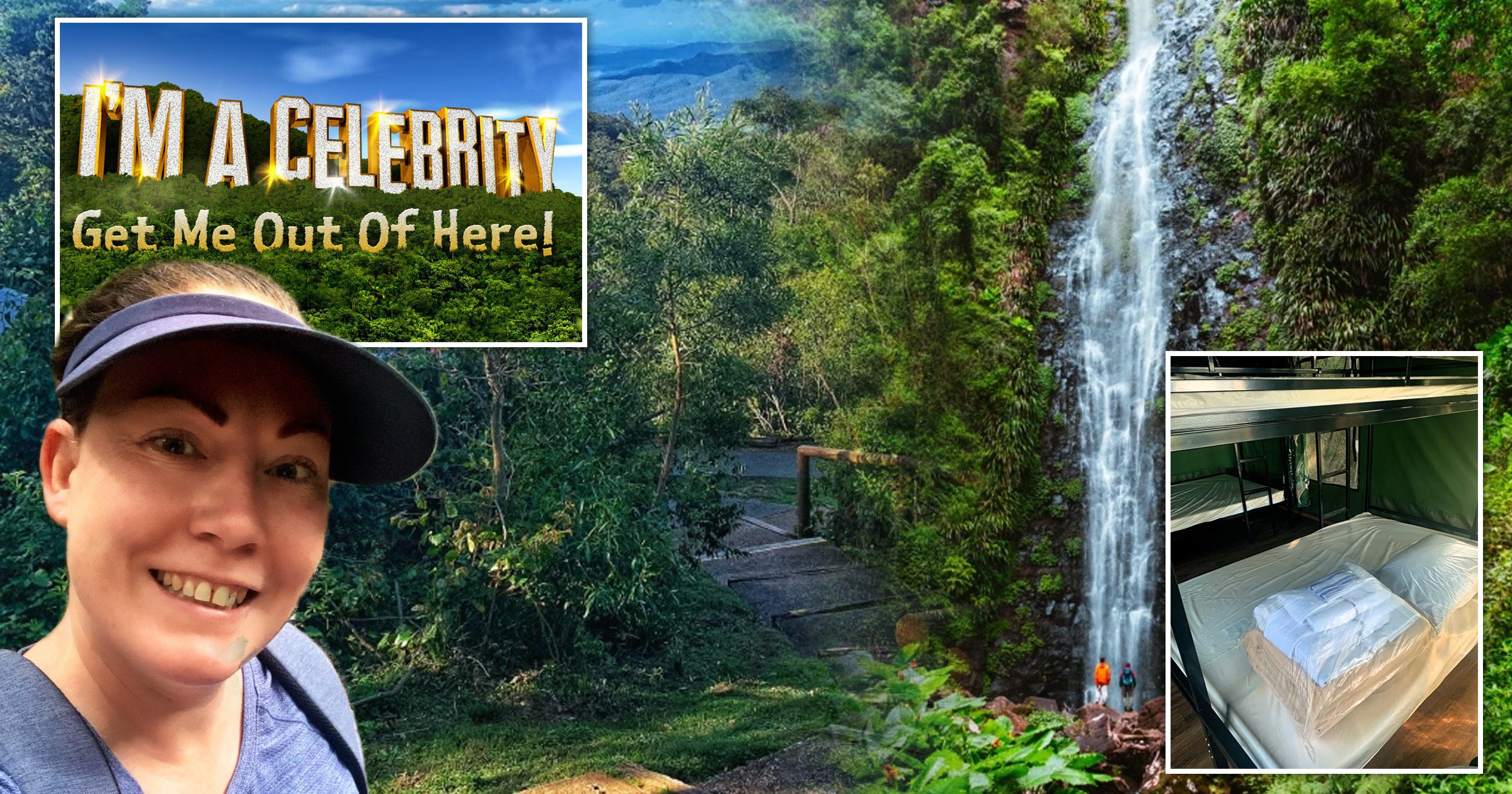 It’s 3am on my first morning in the jungle and I’m wrapped tightly in a warm blanket, afraid to move lest the cold air penetrates the temporary toastiness.

I’m contemplating a trek to the bush toilet (aka a hole in the ground), but decide to wait until sunrise so I can dodge any terrifying spiders or bugs en route.

It’s been a restless introduction to camp life, the sounds of the Aussie bush exacerbating my initial jungle jitters – trees rustling, wind howling and brush-turkeys rummaging through the grass.

At least I have a tent. When the 11 celebs – including singer Boy George, royal spouse Mike Tindall, Love Island’s Olivia Attwood, Lioness Jill Scott and comedian Seann Walsh – re-enter the Aussie jungle this week for the first time in three years, they’ll be (trying to) sleep in hammocks or sleeping bags.

After the pandemic resulted in the show being held in Gwrych Castle, Wales, it’s back where it belongs. Right now, the northern New South Wales town of Dungay, on the cusp of Springbrook National Park near Murwillumbah, is getting ready to roll out the jungle carpet.

The celebrities’ camp is just a 90-minute drive from where I’m staying, at Binna Burra Lodge (tents from £54pn). Both Springbrook and the national park I’m in – Lamington – are part of the Gondwana Rainforests of Australia World Heritage area, which means that despite the challenges and hardships the bush serves up, at least I’m in the thick of one of the world’s most beautiful landscapes.

But as I’m discovering, hardships are par for the course during jungle life. For example, in order to have any kind of hot meal the night before, I had to start my own fire.

But I forgot the matches, had no luck rubbing sticks together, and the only torch I had was on my phone, but with nowhere to keep it charged… you guessed it – another epic fail and I went to bed hungry.

Putting the dodgy start behind me,I head out to explore. Lamington consists of 52,000 acres criss-crossed with walking trails, so I douse myself in repellent to combat the prevalent bloodsucking leeches and ticks.

Storm clouds are rolling in and the temperature has dropped but despite this, I drink in my surroundings; native white and black booyong trees tower overhead, their roots stretching for miles amid a plethora of plants and ferns, some of which are unique to this region.

The natural beauty here is unrivalled, and as I forge my way back to camp, rain pouring down, I can see exactly why the I’m A Celebrity crew is so pumped to return to its spiritual home.

After two nights in the jungle, I depart with soggy clothes and filthy shoes, relieved to return to civilisation: first stop, Gwinganna eco-retreat. It’s been a go-to for post-camp celebs for years and I’m heading here to enjoy all that this luxurious Tallebudgera Valley retreat offers. After a dose of blissful relaxation (massages from £62), I’m feeling human enough again to tackle the lively Glitter Strip, the beachfront area of the Gold Coast.

The beautiful people in this part of Queensland like to see and be seen, and there’s a bevy of five-star accommodation options, not to mention a vast selection of top-notch eateries, and beautiful beaches to stroll along. As I sip a negroni at Rick Shores beachfront restaurant at Burleigh Heads, then continue on to Isoletto, the pool bar at the Dorsett Hotel, it’s easy to imaging this season’s celebs letting loose after they’ve recovered from their less-than-lavish jungle stay.

No A-list-style visit to the coast is complete without a visit to Palazzo Versace – the five-star favourite has to be seen to be believed. It has long been Ant and Dec’s second home in the latter part of the year and is where the cast have prepped and partied pre- and post-jungle.

Dripping with chandeliers, hand-painted gold-vaulted ceilings and marble-laden everything, Versace, with its elaborate Medusa motifs, is a far cry from the rickety hammocks, waterfall showers and beans and rice meals endured in camp.

The hotel’s Hilary Perry says the celebs always exude a very different vibe pre- and post-camp – that level of gratitude for the opulence they’re afforded elevated as soon as they are booted from the jungle.

As I reflect on my time following in the footsteps of Caitlyn Jenner, Katie Price and Joey Essex, one thing’s for sure – I’m very glad I’m not a celebrity, but right now I really don’t mind not getting out of here.

Feel the wind in your hair as you whip around at speed along the Gold Coast’s harbour of Broadwater on a jet-boat adventure, with the pilot doing doughnuts and sharp turns for that extra adrenaline effect.

From £32 with Paradise Jet Boating.

Make like a proper Aussie and try surfing on the Gold Coast at the city’s top surf school, Get Wet.

The team guarantees even the most novice board riders will be standing up by the end of the introductory two-hour lessons. Lessons from £42.

Many a celeb has chowed down at Social Eating House + Bar in Broadbeach, Gold Coast. The food is fabulous – think oysters, wagyu steak or catch of the day – and its private dining areas provide protection from prying eyes.

Historic Uki village on the foot of Mount Warning in Northern New South Wales is renowned for its arts and crafts. The Vault antique store and quirky post office café Bastion Lane Espresso are not to be missed.

Not far from the I’m A Celebrity camp, the sleepy town of Murwillumbah sits on the Tweed river. Visit the Tweed Regional Gallery and Margaret Olley Art Centre, featuring some of Australia’s most talented creatives.

Flights from London to Brisbane from £774 one-way with Lufthansa; rooms at Dorsett Gold Coast from £129pn