MORE than a third of the UK's bank branches have shut their doors since 2015 in a blow to the elderly and others who rely on them.

Hundreds more which remain open have slashed their opening hours, with some open for just one or two days a week, consumer group Which? has found. 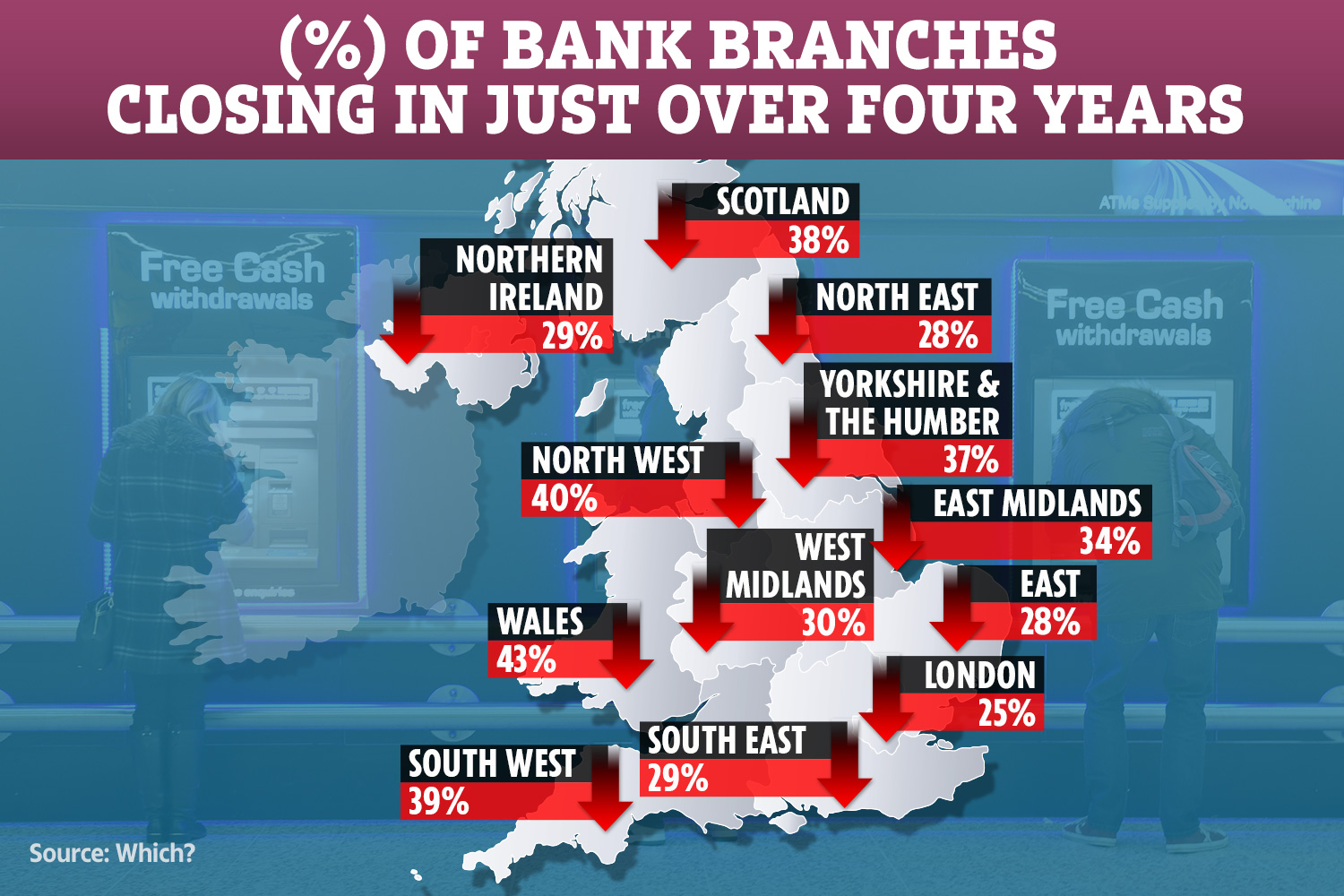 Although, the number was slightly offset by 49 new branches opening during the same period of just over four years.

At the same time, of the UK's bank branches that remain open, 298 are now operating with reduced opening hours of four days a week or less, Which? said.

Which? says NatWest closed 638 branches in the past five years, while sister bank RBS has shut 412 – equating to 69 per cent 74 per cent respectively of their UK branches.

That's the largest percentage of closures among the major banks.

HSBC made 442 closures (42 per cent) and Barclays shut at least 481 branches (33 per cent), although Which? says the latter didn't share full bank closure numbers with it, so the total could be higher.

Which? says that by contrast, Nationwide Building Society has kept an "impressive" 96 per cent of its branches open, closing just 26 (4 per cent).

Nationwide has promised not to leave any town or city in which it is currently based without a branch until at least May 2021.

Rural areas have been particularly hard hit by the branch closures, at a time when ATM shutdowns are also fuelling concerns about free access to cash.

For example, Which? could not find any bank branches in the entire Wentworth and Dearne constituency in Yorkshire, which has a population of 98,000.

Jenny Ross, Which? money editor, said: "Banks are closing their branches at an alarming rate, which risks shutting many people out of vital financial services and affecting their ability to access their own cash.

"The industry must ensure no-one is left behind by the digital transition and that when banks shut their doors, they don't shut their customers out of important banking services."

Meanwhile, Caroline Abrahams, charity director at Age UK, says the rate at which bank branches are closing is a "serious blow" for millions of older people.

She said: "Many older people face challenges when it comes to managing their money and a rapid move towards online banking in recent years has undoubtedly caused significant problems for many customers, particularly those with visual impairments and dexterity problems.

The Sun contacted all banks mentioned, of which Barclays, RBS, NatWest and Danske Bank declined to comment.

TSB says that it's had to make "difficult" decisions to close branches due to changing customer behaviour.

Co-op reiterated those comments and added that some of the branch closures came after it merged with Britannia Building Society in 2015, which meant it had branches too close in proximity to each other.

The other providers have yet to respond and we'll update this story if we get any.

The research follows claims by experts that mobile banking will overtake the use of high street branches by 2021.

Data in May revealed that 1,700 previously free-to-use cash machines began charging users in the first three months of the year.