How NOT to make friends! Outrageous acts by people with no consideration for others will make your blood boil

We all know someone that can get on our nerves – but these people are a whole new level of annoying.

From littering in public places to putting their bare feet up on seats, these pictures are sure to leave your blood boiling.

Internet users from around the world took to Bored Panda to share snaps of some individuals’ appalling behaviour.

One oblivious woman decided to throw her empty pistachio shells on the floor of an aeroplane.

While another person decided they would monopolise the only cooling fan available in a very crowded and warm waiting room.

Below, FEMAIL take a look at some of the most irritating situations people have caused. 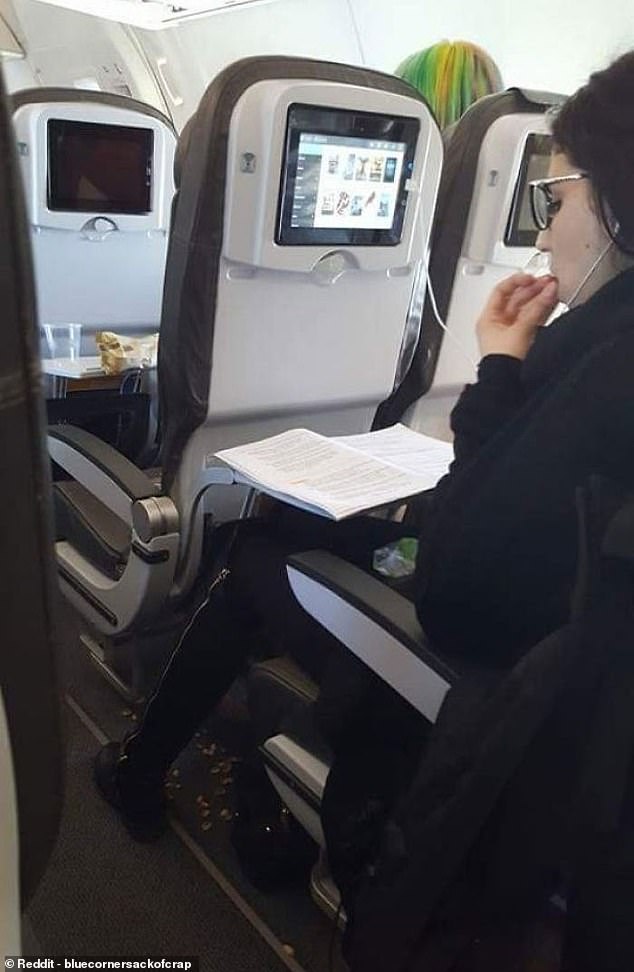 That’s nuts: One oblivious woman decided to throw each of her pistachio shells on the floor of an aeroplane 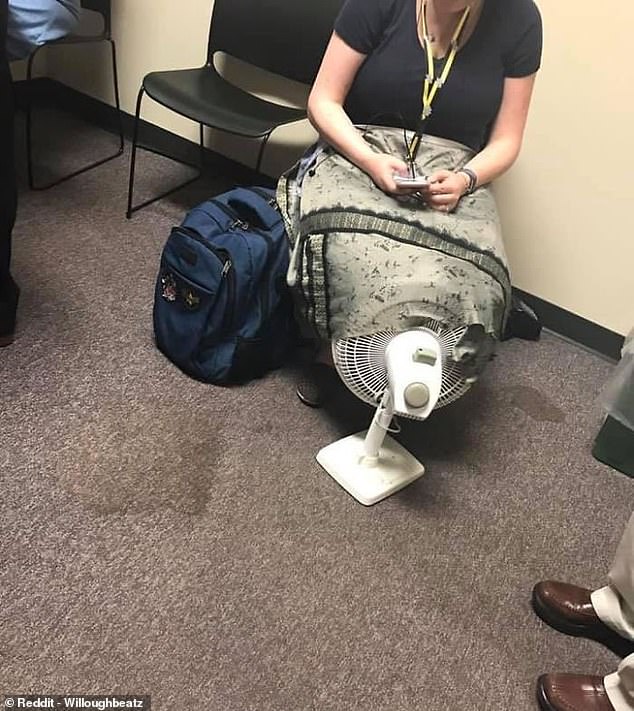 Mine! This person decided they would monopolise the only fan available in a stuffy waiting room 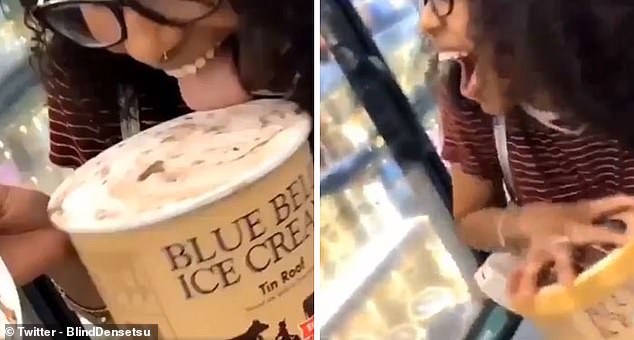 Ice scream: The person who photographed this woman was outraged to catch her licking the top of a Blue Bell tub of ice cream before putting the lid back on and placing it back in the store’s freezer 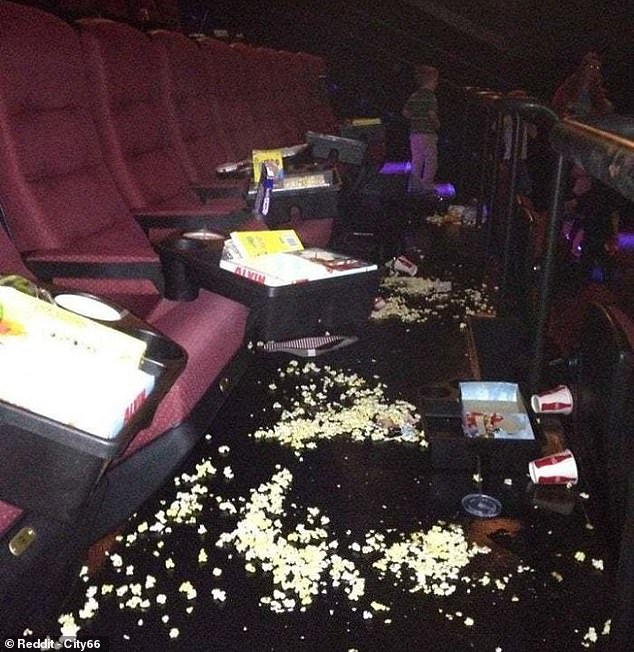 A big clean up job! An internet user shared this picture after parents and their children decided to leave their tipped popcorn all over the floor of a cinema 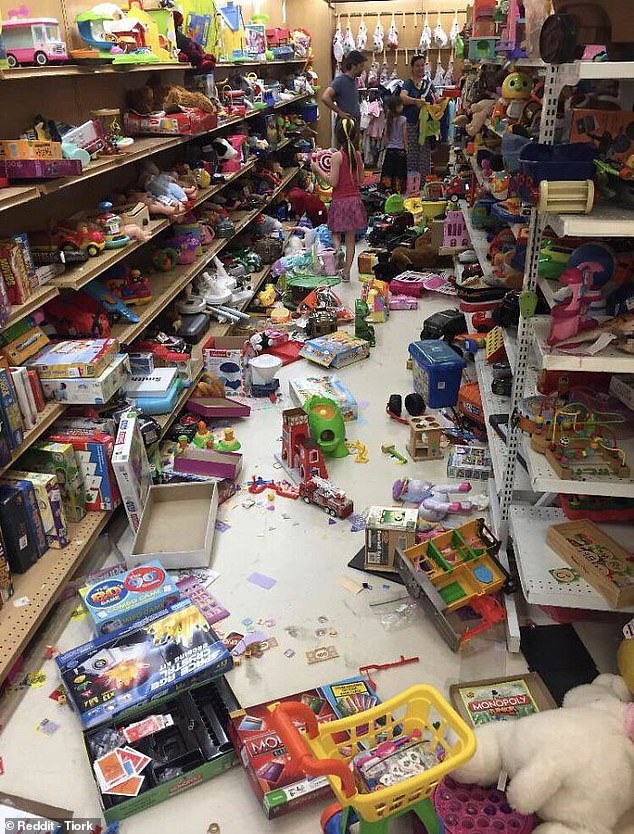 An even bigger clean up job! Careless children decided to run around and destroy the toy aisle in a store – and unfortunately they didn’t stick around to clean it up, according to the photographer 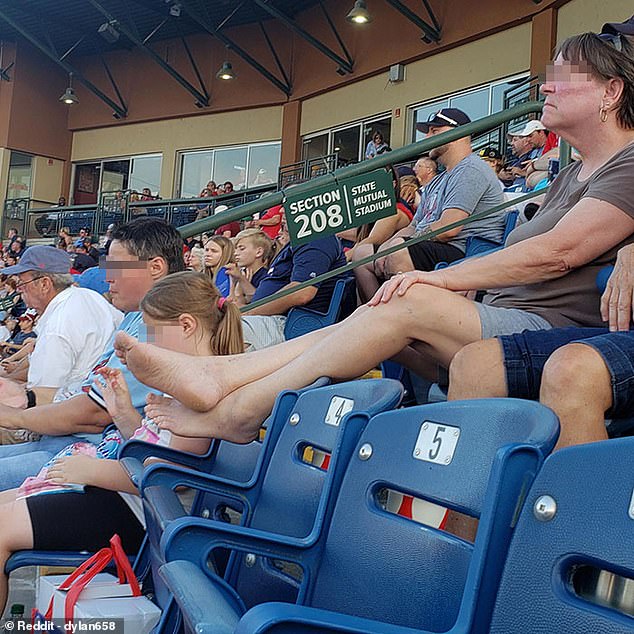 Needing space: This woman wanted to stretch her legs and decided to do it by placing them over the chair in front of her 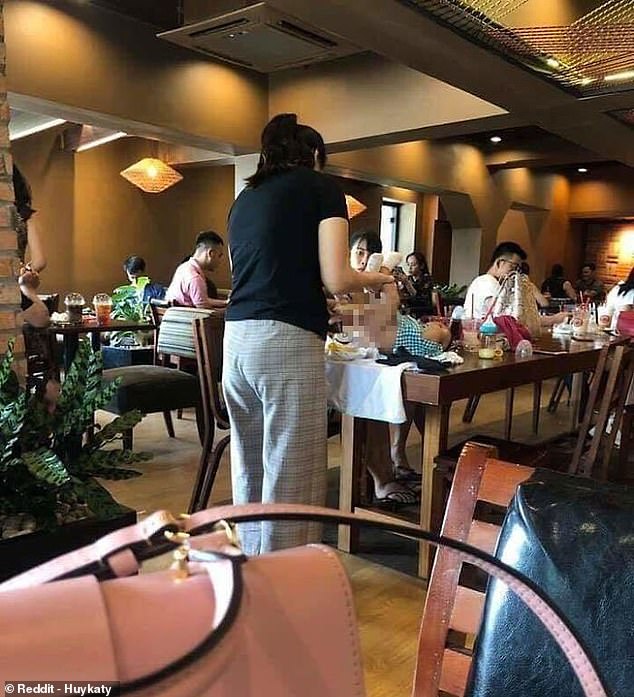 Bold as brass! This mother didn’t hesitate when it came to changing her child’s nappy – on a restaurant table 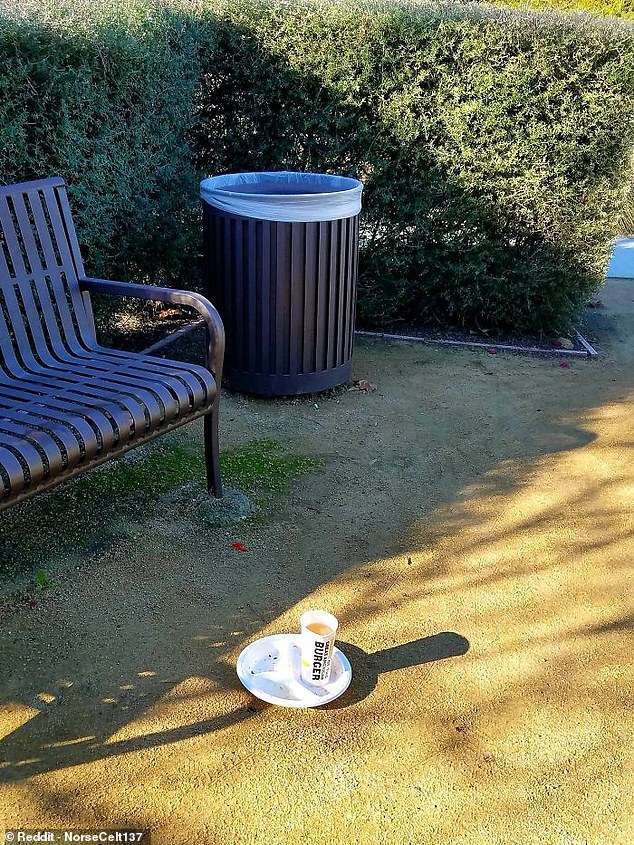 Lazy: One person decided the bin was just too far away and left their rubbish on the path instead 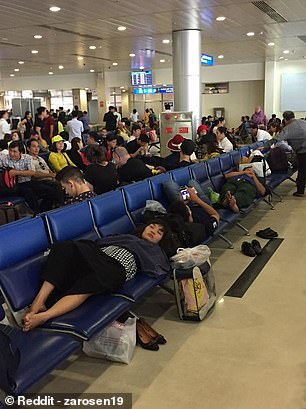 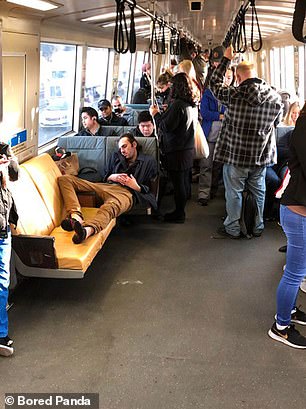 Taking the biscuit! These people irritated internet users by lying down across multiple seats when others had to stand around them 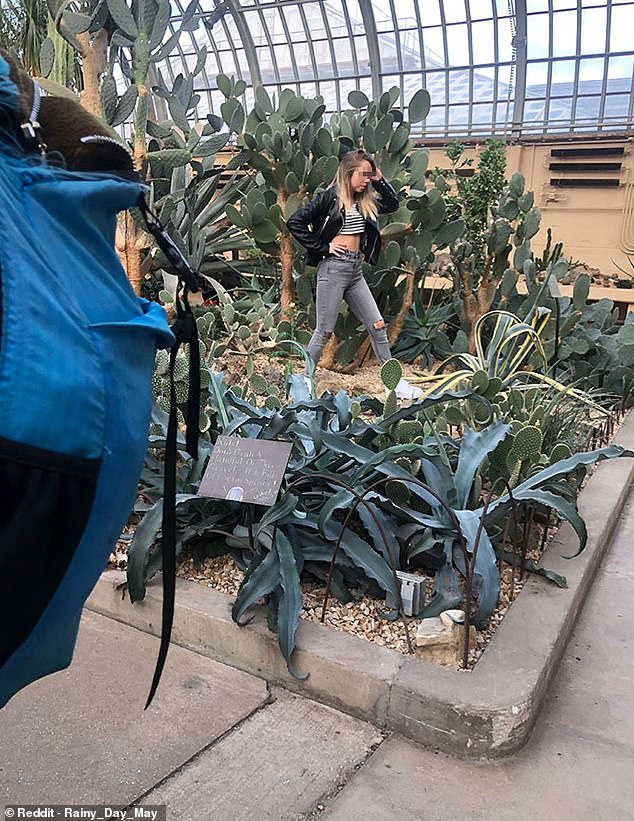 This woman left onlookers fuming after trampling over plants in a public conservatory, despite being told to stop 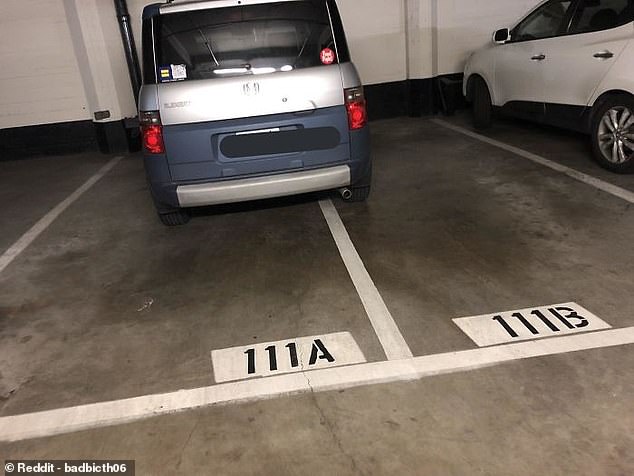 Hogging all the space! This neighbour was fed up of this resident monopolising his parking space, 111B, so decided to shame them by sharing a photograph of the annoying situation 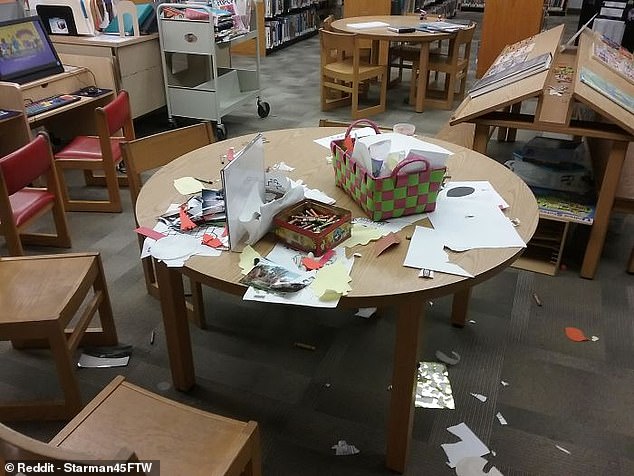 What a mess! One group decided to leave rubbish across a table in their local library – to the frustration of this photographer 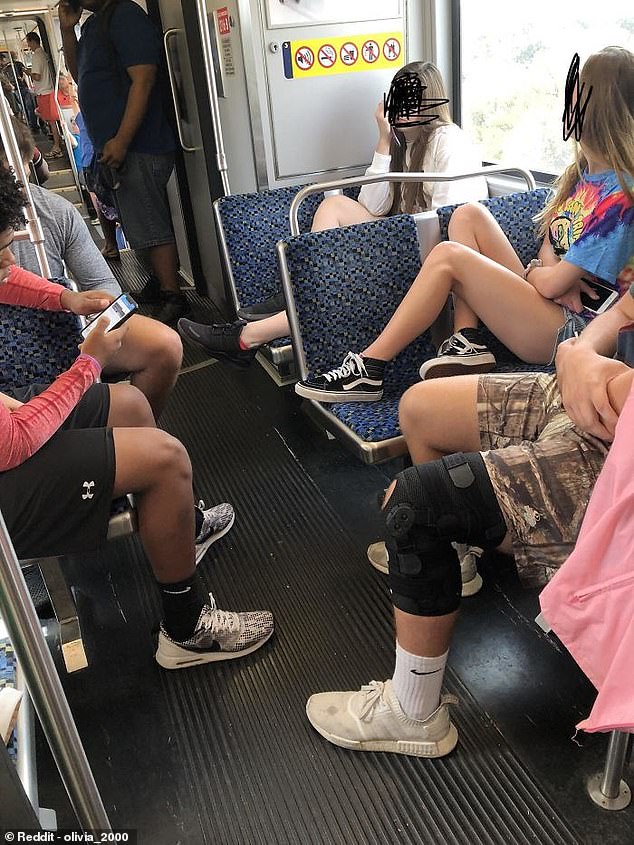 Chilling out: One outraged internet user shared this image of a group of girls all taking two seats each while others had to stand around on the train 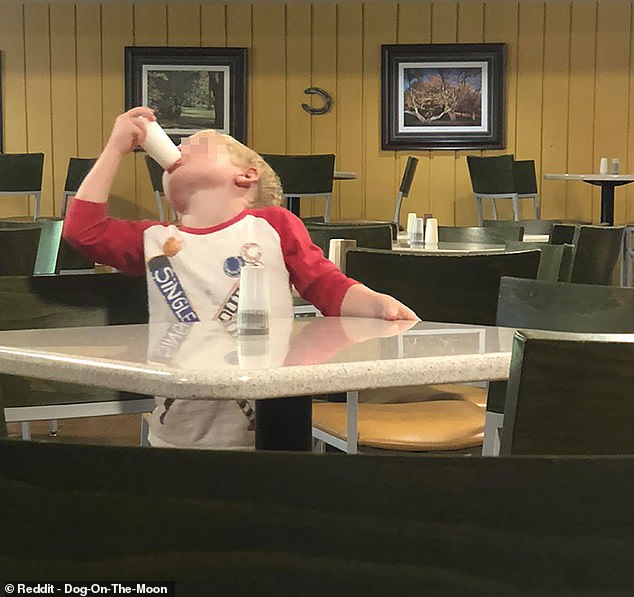 Salty antics: The mother of this child was apparently too busy on the phone to stop her son from running around and licking the tops of each salt shaker in a restaurant 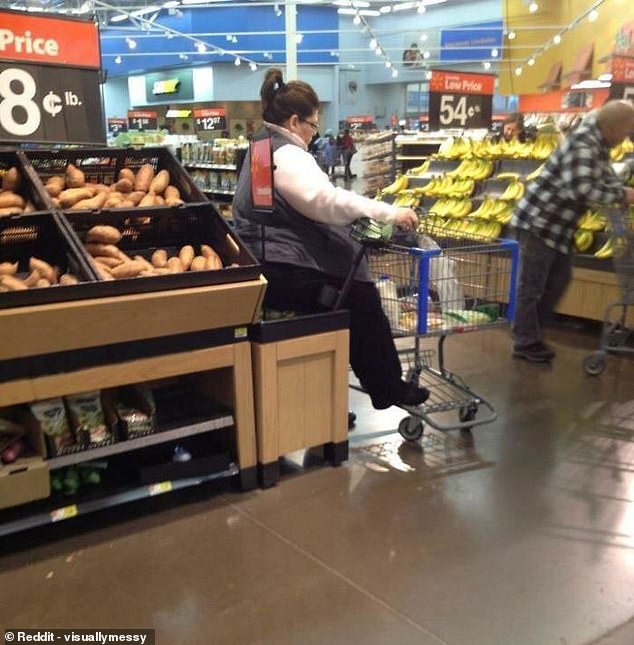 ‘Just give me a minute’: This lady obviously needed a break when waking around a grocery store – and decided to get it by sitting on the apples on display

Caught in the act! Not wanting to hurt their knees, this person decided to use three loaves of bread for support – leaving them squashed 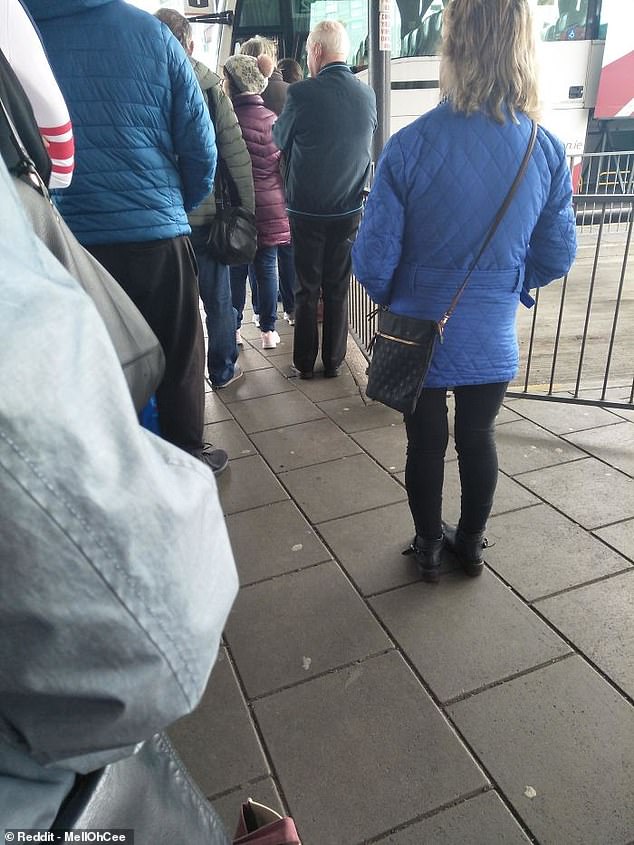 Avoiding the queue! This lady decided she wanted to jump the line by side stepping the people already waiting to get on the coach