Newly released body camera footage shows 13-year-old Adam Toledo in the final moments of his life, running from police down a Chicago alleyway at 2:38 a.m.

An officer, sprinting after him, can be heard on his body camera video yelling, “Stop, right f***ing now.” As Toledo stops and turns to the officer with his hands raised, the officer opens fire. Police said a gun was found a few feet away from the teen. An attorney for Toledo’s family said he wasn’t holding a gun when he was shot, but an attorney for the officer says Toledo was armed.

Toledo’s shooting — which occurred after a police foot chase, a practice the Department of Justice says can be dangerous and lead to compromised judgment — places new scrutiny on the department’s history of using force after chasing suspects.

Chicago Mayor Lori Lightfoot has called for a review of the city’s foot pursuit practices, a request that advocates and oversight groups have recommended for years.

Sarah Yousuf, associate director of city and county policy for the Community Renewal Society, said, “Words don’t really describe how horrific it is that now, a 13-year-old has lost his life, despite the fact that organizations such as ours… have been advocating and fighting for just a policy like a foot pursuit policy which CPD has resisted.”

Frank Chapman, the executive secretary of the National Alliance Against Racist and Political Repression, said, “I think that Lightfoot is late.” He advocates for greater accountability and civilian oversight of policing and noted that Toledo’s death draws parallels with prior Chicago police killings of Black and brown teenagers who were running from police. 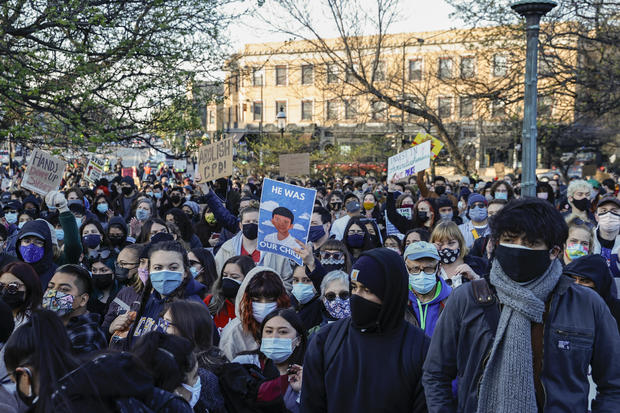 Dakota Bright, a 15-year-old freshman at Robeson High School, was killed while running from police in 2012. An autopsy found that a police officer shot him in the back of the head.

The city’s Independent Police Review Authority determined the shooting was “unprovoked and unwarranted” and recommended the officer be fired. The Chicago Police Board, however, cleared the officer of wrongdoing and approved him to return to work.

The Chicago Sun-Times reported that after that decision was issued, Bright’s mother, Panzy Edwards said she broke down crying. She told the publication her first thought was, “My baby died in vain.”

Chapman said that when such similar incidents repeat, “It feels like injustice. It feels like police crimes perpetrated against us with impunity.”

A 2017 report from the Department of Justice found that foot pursuits are “inherently dangerous” and pose risks to both officers and the public because officers can experience fatigue or adrenaline, which can compromise their ability to make sound judgments or use less force as the threat diminishes.

The report wrote of Chicago police, “We found that officers engage in tactically unsound and unnecessary foot pursuits and that these foot pursuits too often end with officers unreasonably shooting someone—including unarmed individuals.”

The Justice Department opened its investigation into the Chicago Police Department after the 2014 death of 17-year-old  Laquan McDonald, who was shot and killed by Chicago police officers after running from police who chased him in their cars. Video of the incident shows police shooting McDonald, who was carrying a knife in one hand as he walked down the street.

In 2017, the state of Illinois filed a lawsuit against the city of Chicago, saying they wanted to prohibit Chicago police “from engaging in a repeated pattern of using excessive force, including deadly force, and other misconduct that disproportionately harms Chicago’s African American and Latino residents.”

The suit argued that Chicago police officers engaged a “repeated pattern of using deadly force against suspects fleeing on foot who pose no immediate danger to anyone.”

As part of that lawsuit, a judge ordered the city to comply with five years of monitoring by an independent group. The monitoring group said that last year, Chicago police issued a training bulletin and retrained its officers on preferred tactics for foot pursuits.

The monitoring group said that while the training bulletin met requirements, “interviews with officers continue to demonstrate there has not been the requisite buy-in, particularly with officers who have served for longer periods of time.” The monitoring group wrote, “There is a sense that these concepts go against the culture of the organization and will take reinforcement at all levels of the organization.”

The monitor also determined on March 5 that in addition to training, the department should adopt a foot pursuit policy — a recommendation that echoed one made four years ago by the Justice Department.

In its 2017 report, the Justice Department wrote, “CPD has long had detailed policies regarding vehicle pursuits. It does not have a foot pursuit policy. It should. In addition to not having a policy, CPD has not taken corrective action to address problematic foot pursuits. This puts officers and the public in danger and results in unreasonable uses of force.”

The Chicago Police Department’s audit division found that the department conducted on average about seven foot pursuits each day. From March 1, 2020, to December 31, 2020, Chicago police took part in 1,301 foot pursuits, 29% of which resulted in a use of force, the independent monitor found. Of those foot pursuits, 20 resulted in the use of deadly force.

After the independent monitor released its most recent report, the Chicago Police Department said in a statement that while “much work remains to be done,” the department has implemented significant reform measures, including additional in-service training.

The statement said, “The City and CPD remain committed to fulfilling not only the requirements delineated by the consent decree, but to going above and beyond what is outlined toward making the Department a true leader in police reform.”